Ever wondered what’s actually in that pill?

Newcastle University Students’ Union has become the first in the country to sell drug testing kits that enable students to find out exactly what is in their drugs.

The kits, which cost just £3 (RRP £7), are available from the Student Advice Centre in the Students’ Union. Each kit contains two specific tests; one for ketamine and one for ecstasy. In addition to this, the tests also reveal the presence of other, potentially dangerous, adulterants in the drugs.

The single use tests work by changing colour upon the addition of a recreational drug.  This colour change can then be compared with a chart provided with the kit to enable the use to make a presumptive identification of what is in the drugs.

Luke Allison, NUSU welfare and equality officer told the MailOnline: “The SSDP are the ones leading the project but we’re very happy that we’re supporting them.” 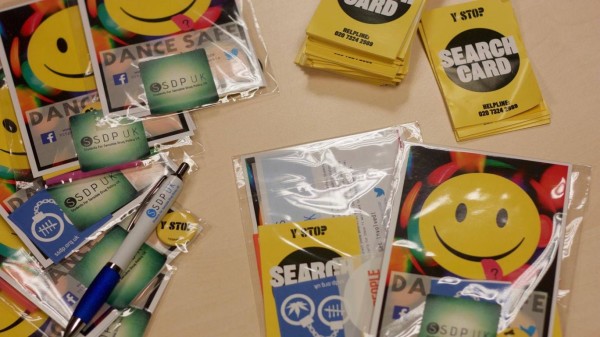 Holly Robinson, Director of the Newcastle Branch of SSDP said: “One danger of taking adulterated drugs is that you might not take the correct precautions, as every substance has a different safety profile, if you have no idea of what you are taken you can be at risk because of this.  Also, some substances that are used as adulterants are fatal, including PMA/PMMA which has caused deaths throughout the UK and is sometimes sold as MDMA, our ‘ketamine’ kit can test for this.” 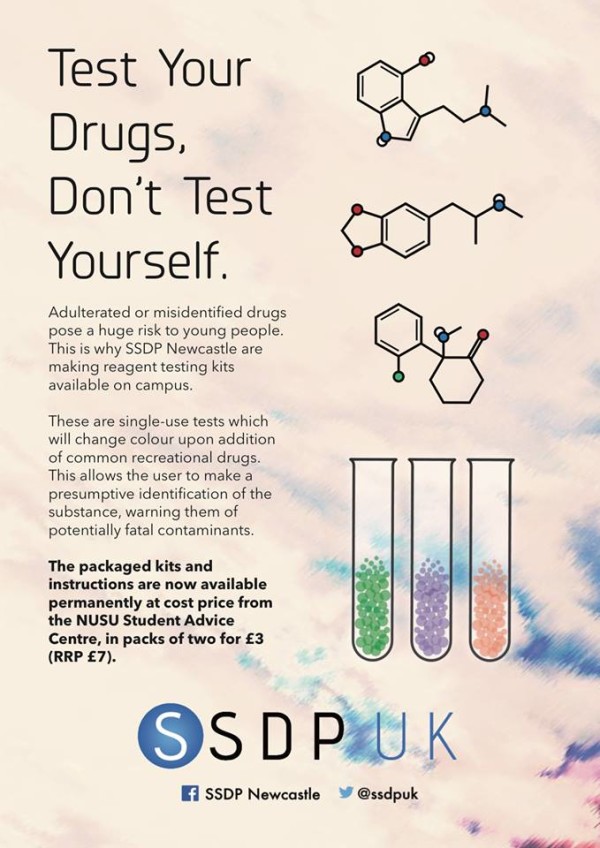 Katie, a second year student says she would definitely be interested in buying a kit.  She said: “Loads of people are going to take drugs at university, so they might as well take them as safely as possible.”

This progressive move follows the university’s decision to move away from a zero tolerance drug policy last November.

With official government statistics revealing that 1 in 10 young people aged 16-24 have taken an illicit substance in the last month and that the average amphetamine is only 9% pure, recognising this and acting upon it is an important step in the right direction for Newcastle University.