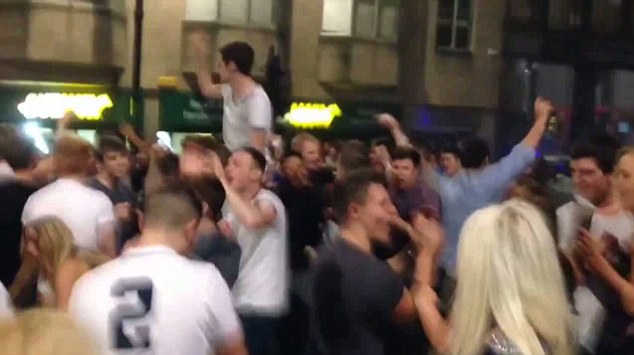 The incident occurred at around 3am on Wednesday morning, after hoards of drunken students blocked the road and left passers-by bemused by their strange antics devoted to the Ivory Coast brothers.

The M.E.N. tracked down the man who took the footage, who shed some light on why the Diamond Strip was ground to a halt.

He explained: “One of my flatmates is a Chelsea fan and he loves the Yaya/Kolo Toure chant and the actions after seeing me do it.

“We came out of Perdu and he started doing it in the middle of the road for some reason.

“I’d had a few so I joined in, being a Blue, and then loads of other people who were coming out of clubs started doing it as well and it seemed to catch on. It’s pretty easy to pick up.

“It ended up going on for about 10 minutes – it was bizarre.”

Joe, from Sale, Greater Manchester, added: “I’m the only City fan on my course so it was mental to see all these people in the middle of Newcastle doing a City chant.”

This video shows the action: