Is 2Pac alive? Did Lil Bow Wow really get raped? Find out in our run-down of urban myths.

Urban myths – you don’t have to think gullible has been taken out of the dictionary to believe them. We know these stories aren’t true but we choose to trust them anyway. It’s OK, everyone does it. In the words of Grand Theft Auto, “Don’t blame me – blame society.” If you can’t wait until April 1st to hear some tall tales, here are our favourites:

KELL (of Kenan and Kel fame) DIES IN CAR CRASH

The story: Orange soda-loving star of Nickalodeon series Kenan and Kell died in a car accident in 2000.

The truth: He’s still going, and still in touch with partner-in-crime Kenan Thompson.

The truth: Every school has its resident bullshitter (see Jay from The Inbetweeners), and ours claimed to know the girl this happened to. Since he also claimed Pete Doherty “played a little set” in his sitting room, I’m going to tar this story with the Tom Willis brush and say it’s a Porky P.

The story: Teenage rapper Lil Bow Wow got raped by his bodyguard in his own limousine, and had to have 12 stitches to repair the damage. Snoop Dogg has put a ‘hit’ out on the bodyguard.

The truth: It never happened. According to writer Barbara Mikkelson, Bow Wow’s meteoric rise to fame at an early age made him the subject of envy. “Lil Bow Wow’s violation was received by many as a vindication of their non-rapper, non-famous lifestyles. Spreading such a tale made them feel better about themselves.”

THE STI YOU CAN ONLY GET FROM DEAD PEOPLE

The story: A girl goes to a sexual health clinic for a test after she notices a strange smell emanating from her lady garden. The doctor informs her that she has contracted an STI that can only be caught from dead people. Her boyfriend works in a morgue.

The truth: This one might actually be true. There is a disease called Myiasis which involves body cavities (such as muffs) becoming infested with maggots which live in dead tissue.

MEPHEDRONE USER RIPS HIS OWN SCROTUM OFF

The story: A teenager who takes

mephedrone for 18 hours straight ends up ripping off his own scrotum after hallucinating that his body was covered in centipedes.

The truth: Bullshit. The story first appeared in The Sun on 26th November 2009, after Durham Police compiled a report on the drug. The report was largely based on posts on online forums. Let’s not query that source. The report explains: “one individual states that after using it for 18 hours his hallucinations led him to believe that centipedes were crawling over him and biting him. This led him to receive hospital treatment after he ripped his scrotum off.” Funnily enough, the report has never been substantiated with actual evidence.

actually die but faked his own death to escape arrest for rape/avoid getting killed by the illuminati/elope with Biggie Smalls. He now lives in a basement flat in Mexico City with Biggie (and Michael Jackson and Elvis).

The truth: Obviously bullshit, but try telling that to the owners of some 529,000 websites claiming to have proof that ‘Pac is still alive. The rumour is essentially a regurgitation of theories about Elvis’ death, although the Mexico City line is a new one.

The story: Lil’ Kim passed out on stage. She was subsequently taken to the hospital where she had her stomach pumped. The doctors siphoned enough semen out of her stomach to fill a pint glass.

THE GOBLIN THAT WAS ACTUALLY A FIVE-YEAR-OLD

The story: Lad wakes up his friends after 12 hour acid trip to tell them he saw a goblin last night. They don’t believe him, but luckily he knew they’d say that so he captured the goblin. Lad opens his bedroom door to reveal that he has actually kidnapped a five-year-old child.

The story: In 2006, the News of the World and The Sun newspapers printed reports of a Pr

The truth: Too good to be true – Cole sued the News of the World for libel and received damages and an apology.

The story: Bloke is dared by his mates to stick his head inside a bottlebank, and finds that he can’t get it back out.  His mates go to get a hacksaw to cut him out, and when they come back they discover his trousers are round his ankles and his arse is red raw.

The truth: I did read a variation of this in Zoo magazine where a guy was tied to a tree outside a gay club on his stag night with ‘bum me’ written on his arse, and he got rogered by 3 different guys, so I’m going to stick my neck out and say it’s rhubarb. Who said Lads’ mags encouraged homophobia? 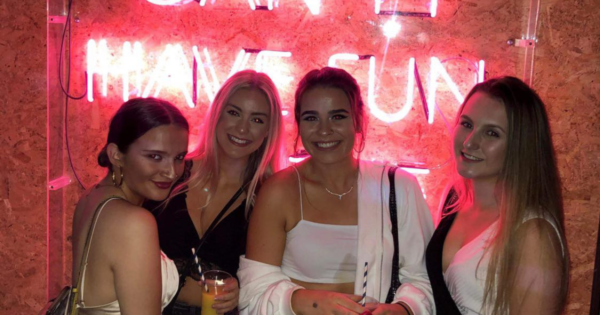