‘Ethical fashion is not a trend’

The group were non-violently protesting against the hugely damaging ecological impact that the company has; a 2018 report given by the Environmental Audit Committee named Boohoo as one of the two least sustainable fashion brands in the UK.

The action took place at the same time as Boohoo’s official launch event for the Digital City Festival Week, where Manchester entrepreneurs, including Mayor Andy Burnham, were in attendance. 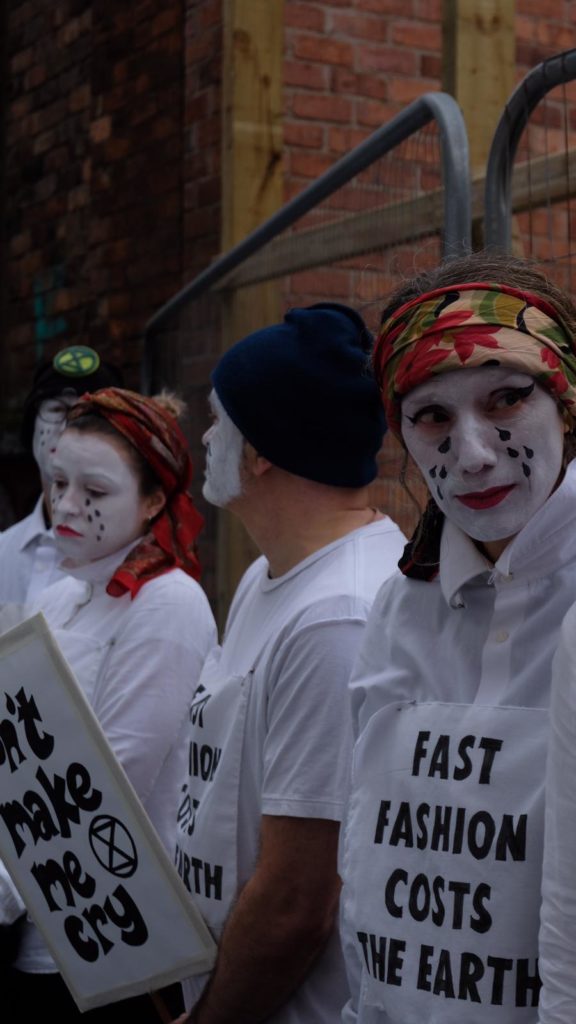 XR members carried banners and placards, and dressed in white with tears painted on their faces, to highlight the tragedy of the climate emergency and confront Boohoo with the message: “Please don’t make me cry”.

The group’s main objectives were to highlight Boohoo’s continued use of unethically sourced materials, as well as the misleading nature of their reGain app, through which customers are encouraged to donate clothes in order to earn vouchers, allowing them to make further purchases.

Despite the seeming positives of ‘recycling’ clothing, this system still perpetuates an unsustainable level of production, leading to lower quality clothing that inevitably ends up in landfill.

XR also aim to invite Boohoo, amongst other associated e-commerce brands, to take responsibility for their role in the climate crisis, and to lead in making the changes necessary to move towards a ‘slow fashion’ model, in which clothing is not treated as, or manufactured to be, so easily disposable. 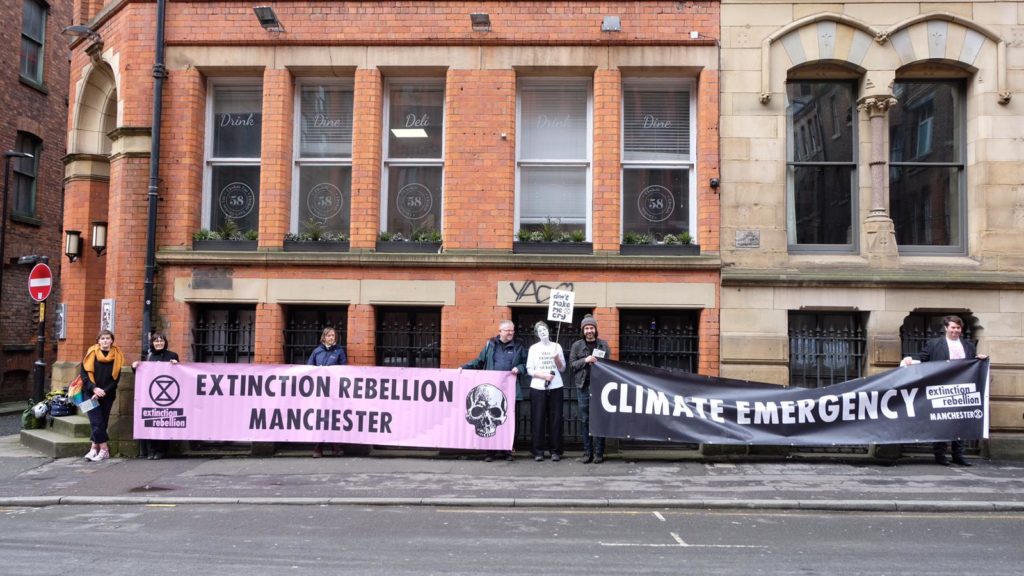 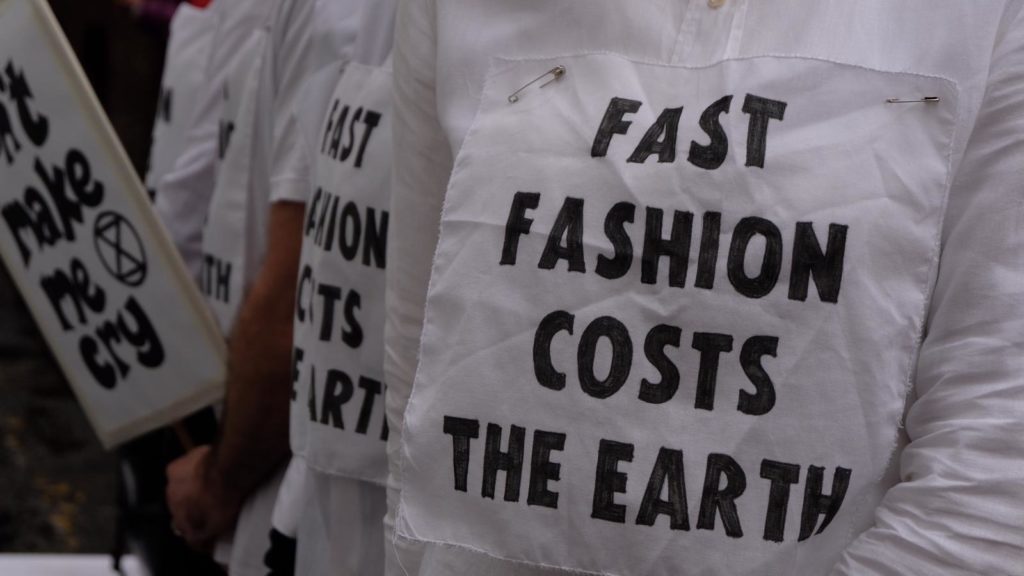 Whilst they acknowledge that efforts are already being made by these brands to reduce waste, they believe that this is simply a phenomenon of “greenwashing”, and is not enough. Fast fashion is the second most polluting industry in the world, producing 20% of global wastewater and 10% of global carbon emissions; more than all international flights and maritime shipping.

Many of the claims on the leaflets were refuted by Boohoo in a comment to The Manchester Tab.

A spokesperson for Boohoo told The Manchester Tab: “We absolutely respect Extinction Rebellion’s right to public protest and their desire to share their opinions, which is why we were relaxed about them holding their silent protest.

“However we do have an issue with the publication and sharing of information that is factually incorrect for example, the leaflets that were handed out stated that boohoo only source 10 per cent of their products from the UK, when the reality is around 50%.

“As far as we are aware no-one from the organisation contacted us to check these statistics, so the source of the data that they are sharing is questionable and we would welcome a more responsible approach.”