Protesters gathered to raise awareness for the Tibetan struggle

Supporters of the Free Tibet movement marched through Manchester’s city centre today to commemorate the 61st anniversary of the Tibetan Uprising of 1959.

There was also activity in London, with protesters gathering at Downing Street and marching to the Chinese Embassy.

Tibetan Uprising Day is observed on March 10th annually to mark the rebellion against the People’s Republic of China’s occupation of Tibet. Thousands of Tibetans were killed in the suppression of the rebellion.

Asher Nutting, a student journalist who photographed the protest, told The Manchester Tab: “The general consensus among the marchers was that the cause tends to get forgotten about by the worldwide media.

“That’s why it’s so important that this dedicated contingent of supporters do rallies like these so that the world doesn’t forget about the harsh injustice that Tibetans are still facing to this day.” 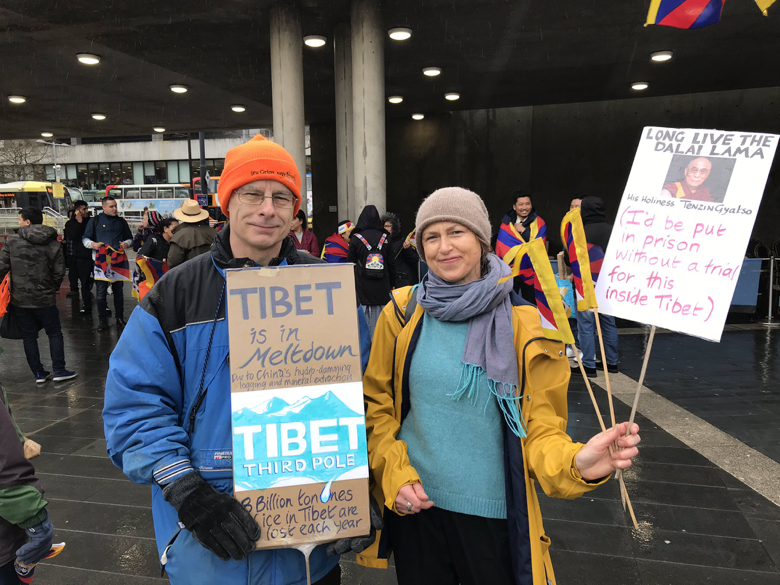 Prior to the rebellion, the People’s Republic of China invaded in 1950, forcing the de facto independent Tibetan government to sign the Seventeen Point Agreement, a treaty affirming China’s rule over Tibet. The Chinese Communist Party claims the invasion liberated Tibet from serfdom.

Following the quash, the Dalai Lama fled in exile from Lhasa, the capital of Tibet and has since taken refuge in India. The Dalai Lamas are Tibetan Buddhist monks believed to be manifestations of the patron saint of Tibet and the rightful leaders of Tibet.

Since the rebellion, Tibetans have accused China of crimes against humanity, including the destruction of Tibetan monasteries, laws restricting the practice of Tibetan Buddhism and brutality from Chinese law enforcement. Tibetans see the oppression of their culture to be a move towards ethnic cleansing. 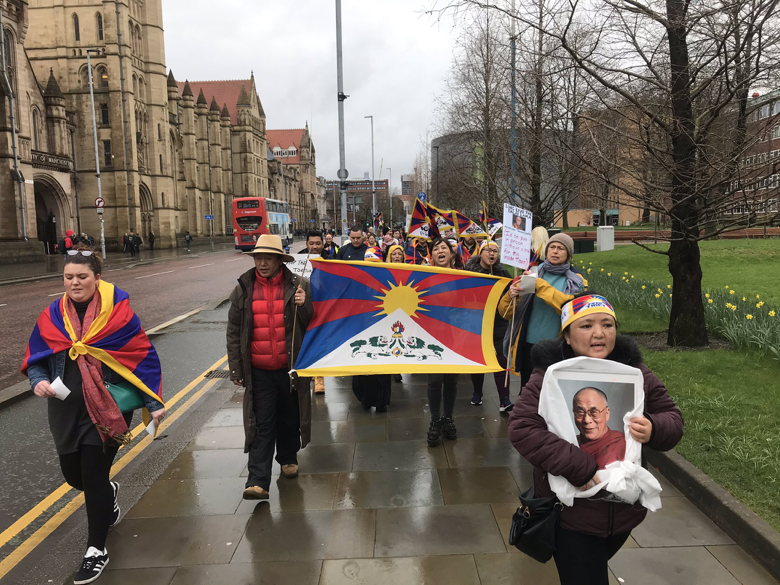 In 2008, Britain recognised China’s sovereignty over Tibet, a move criticised for undermining Tibetan efforts to achieve autonomy. In the same year, the 2008 Tibetan unrest sparked calls for the boycott of the 2008 Beijing Olympic Games and protests outside Chinese embassies worldwide. The unrest saw protesters killed by Chinese riot police at the Tibetan Uprising Day in Lhasa and wider Tibet.

Also in 2008, China operated under the policy of suspending ties with governments that entered talks with the Dalai Lama, such as France and Britain.

Though he initially covered the protest for his university course, Asher also said that “I’ve become really engaged after today, it’s been a seriously thought-provoking morning. I’ll probably read up more and definitely return to the cause in the future.”

The protesters marched from Piccadilly Gardens and along Oxford Road, ending the demonstration at the Chinese Consulate in Rusholme.