Though someone on a crackpot forum will no doubt claim otherwise, there have always been pandemics.

However in the last century, deaths tolls have decreased due to modern medicine, faster response times and increased access to information.

But with the rise of antiscientific groups like the anti-vaccination movement, a global health threat linked to the resurgence of near extinct diseases, it seems clear that misinformation will doom us regardless of our medical advances.

Our friend the internet has made it both easier and harder to find out the truth ever since it was made available to everyone and their grandma. 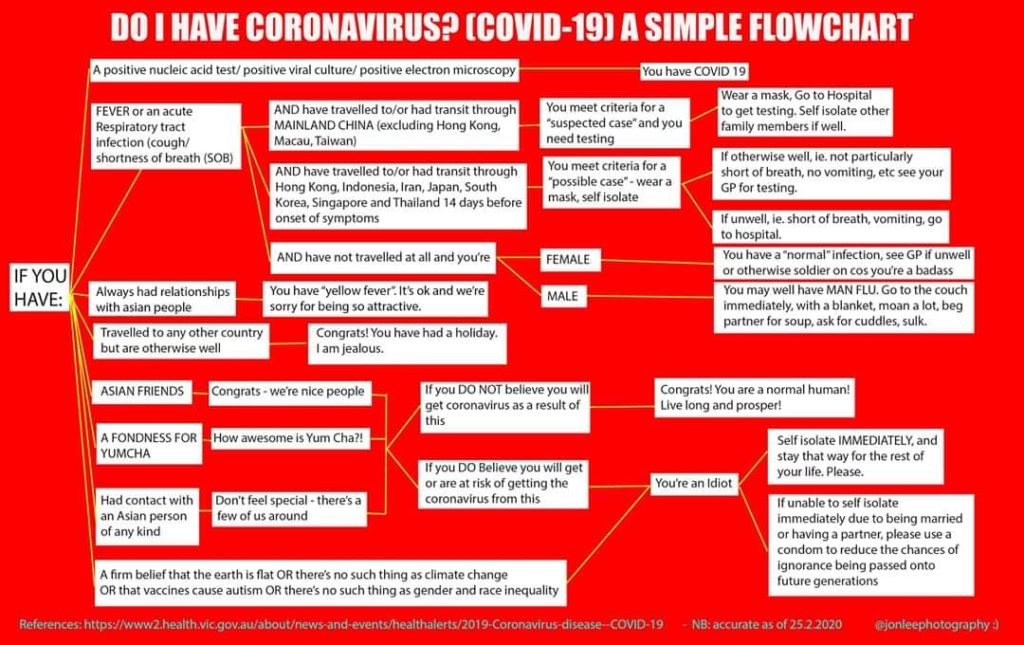 For most people social media has become the first point of contact for the news we access. Before the information gets to you, it can be filtered through trolls and propaganda machines.

With the coronavirus, the problem can be closer to home. According to some students in Manchester, it’s as close as your parents .

Here are seven parent approved ways to avoid the coronavirus:

These parents give credence to the idea that the older generation are more vulnerable to scams like fake health experts on Facebook, while the internet generation are more savvy… They’re not. Most aren’t bothered to investigate every sensationalist headline they retweet.

Trolls and bots aren’t excuses for spreading misinformation and you don’t have to venture into the dark web to find the same racist hysteria seen in 2014 with the Ebola crisis. Both Ebola and the coronavirus have been linked to the consumption of bushmeat and unsurprisingly, the stereotype of the primitive non-white that predates the internet, has been used in memes to other people of colour.

When you eat bats and bamboo rats and shit and call it a "Chinese delicacy", why y'all be acting surprised when diseases like #coronavirus appear? 🤢pic.twitter.com/SQjCzheDQN

There’s a semi-satirical, but mostly racist music video from 2014 on YouTube, an Ebola themed parody of Fergie’s La Love. It now has a coronavirus themed sequel. 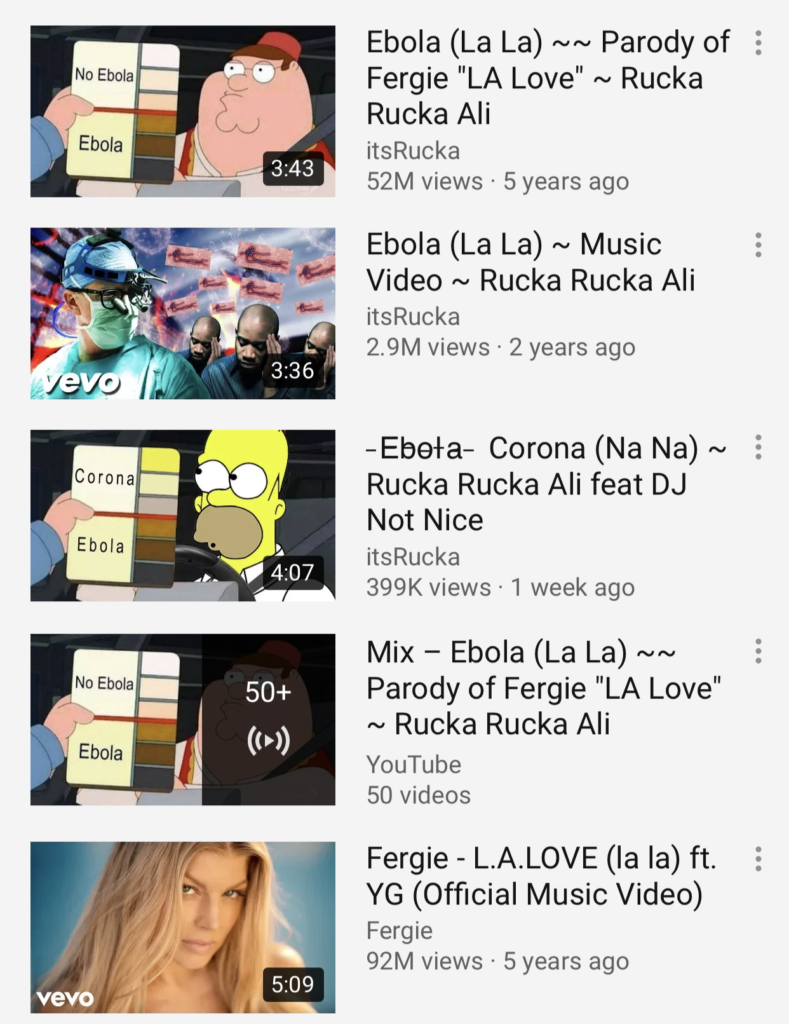 itsRucka has uploaded a sequel

The actual content of these jokes becomes secondary to the hype and apathy to a rising death toll is rewarded by likes. Making memes out of everything has become normalised, blinding people to the fact that it’s irresponsible to spread nonsense during a crisis.

For example, several news outlets have reported that the Corona beer company has suffered losses since the outbreak of coronavirus, linking confusion over the names to consumer fear. What did people do when they found out that other people were associating the Corona beer memes with the virus? They made more memes. To emphasise how ridiculous it all is, even the reports of losses to the company are a fabrication.

38% of Americans wouldn't buy Corona beer "under any circumstances" because of the coronavirus, according to a recent survey.

Just to be abundantly clear: There is no link between the virus and the beer. https://t.co/xNUnkZvwtE

Why even conduct such a survey? It’s just meme-baiting.

In more important news, Chinese people in the UK are reporting their experiences with coronavirus related racism and UOMlove’s Facebook page has recently posted entries from students about discrimination. 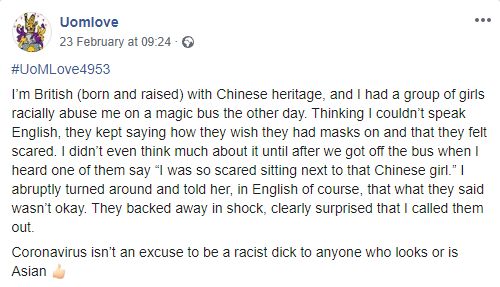 I decided to to find out more about the issue myself and went to Chinatown to ask restaurant owners whether they believed the coronavirus was having a negative impact on their profits.

According to one owner, general panic, rather than racism, is making people stay at home. “I think the real discrimination is the lack of investment from the city council into Chinatown. People should be more worried about the state of our streets during this virus”. She also blamed the media for the absence of some employees trying to avoid the virus.

I also spoke to a Chinese student who told me that in the wake of the outbreak she has stopped wearing a mask. “When people see you, they think you’re wearing the mask because you have the virus. I’ve got lots from before but now I can’t use them”.

For clarification, people wear masks to protect both themselves and others, whether they have symptoms or not. However, according to the World Health Organisation, you should “use a mask only if you have respiratory symptoms (coughing or sneezing)”.

The WHO also states that you are at low risk of contracting the virus unless you reside in an area with an outbreak.

This is not to say that the virus isn’t serious. We each have a responsibility to take preventative measures and to check what we share is factual. Hype and memes suppress the people trying to get vital information to the population. When the hysteria dies down, its important to remember that some people won’t be able move on.