Otis would obviously be Sheavyn House

Sex Education is set in a bizarre British-American 80s world. As a result it is unclear where in the world the universities would be that the characters (that we all love so dearly) would choose during their final years at their eclectic high school.

However, much like the show Manchester is wild, exciting and diverse. It is therefore highly likely that all of the characters would at least apply to study here. It becomes obvious when one considers the fact that there’s already 10 Jacksons at AU every week and 100 Aimees at Factory every Quids In (if that many people actually go to Quids In?) that they would all fit in nicely. As a result of this, shown below are the halls that they would all go into.

At this point it is very important to note that we can’t all have Maeve. 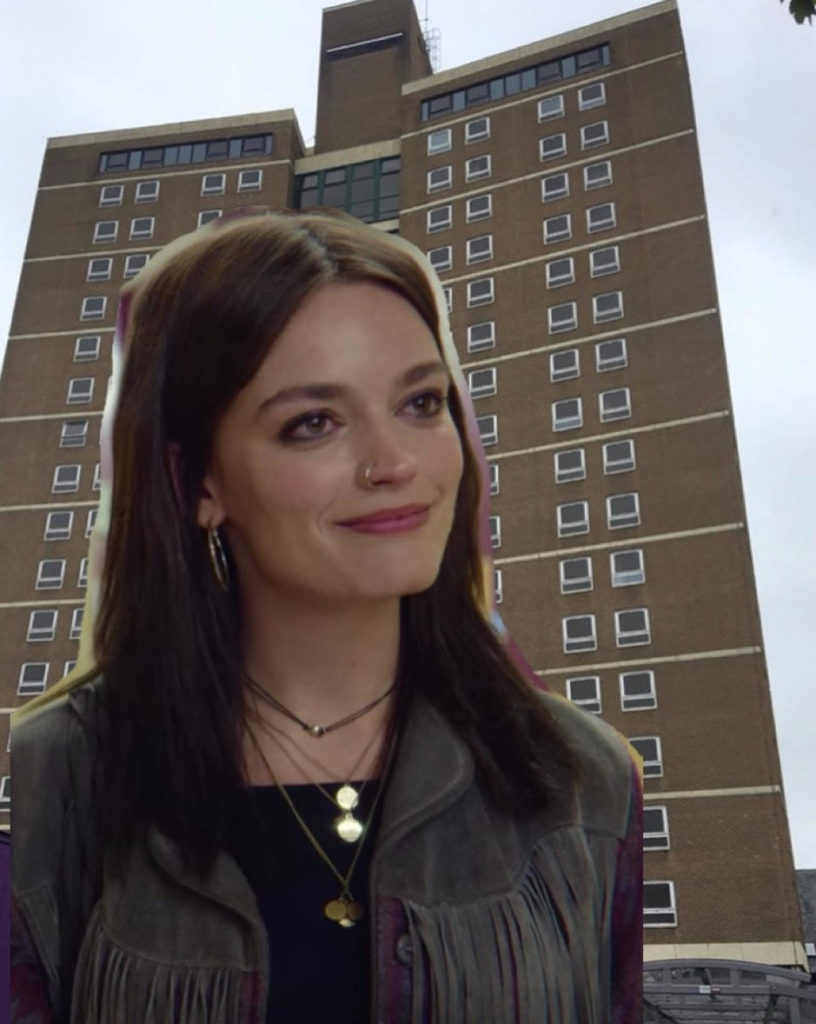 Maeve is undeniably one of the best characters in the show and so if you are/were not in Owens Park then I don’t blame you for being jealous. She doesn’t give a sh*t about what others think of her but at the same time she is always looking out for others and protecting her friends which confirms that she really is as cool as she looks.

At school she is a BNOC and she would quickly become one in Fallowfield. She also lives in a pretty grim looking caravan and in reality, Owens Park (shoutout to The Tower) is pretty grim and so I’m sure that she would be living her best life in Tree Court. 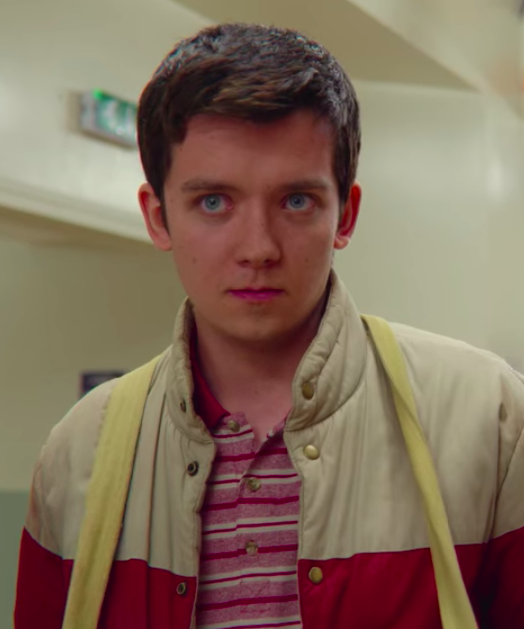 Otis is actually pretty strange. He spends so much time in season two trying to do the right thing that he ends up accidentally throwing a huge party at his own house and getting so drunk that he destroys his relationships with his girlfriend, Ola, and also the girl that he is in love with, Maeve.

Oh, and he’s also sick in a cup. Twice. Much like Otis, residents of Sheavyn spend so much time trying to do the ‘right thing’ (look cool) in the eyes of the rest of Fallowfield, that they end up appearing pretty tragic. Otis would fit in nicely. 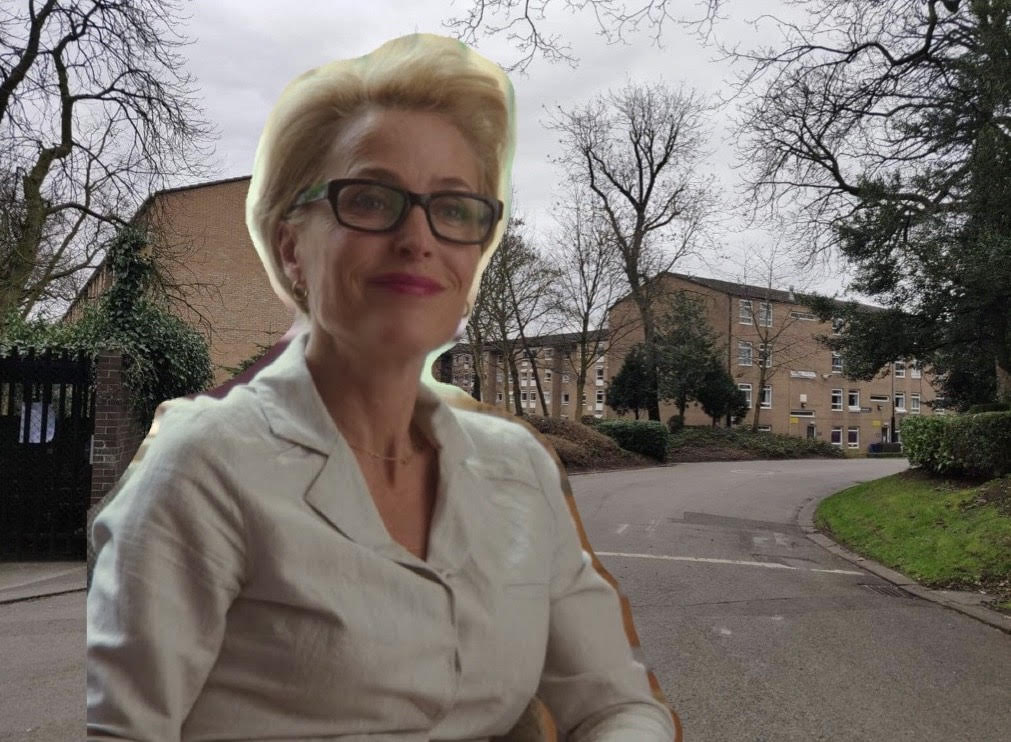 Otis’ mum, the sex therapist, is the most underrated character in the entire series. Jean proves that she knows how to have a good time with lines like ‘God I need a drink’ and the scene where she ends up off her face in a club. After a week or so in Oak House these could easily become ‘god I need a bump’ and end up with Jean being off her face at Warehouse Project. Ultimately everyone at the school ends up going to her for advice and she’s a total chiller, making her the perfect candidate for Oak House. 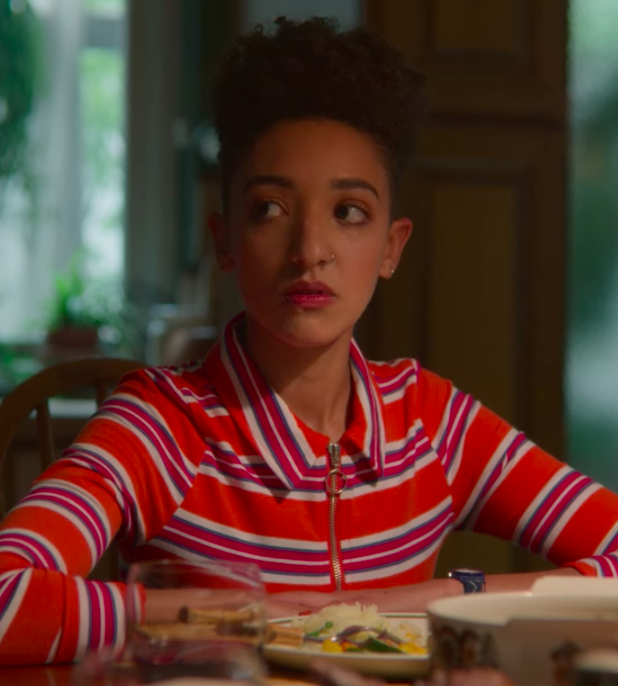 Everyone just wants to get rid of Ola so that Maeve and Otis can be together as they should be. She joined the school late and on the outside appears to be a bit of an awkward fit. Much like Unsworth, which joined Fallowfield late, everyone wants to get rid of, and is a bit too boujee to every truly be ‘fallow’. However, in the end it becomes clear that Ola is actually a really decent person and so the beautifully polished interiors of Unsworth would probably suit her nicely. 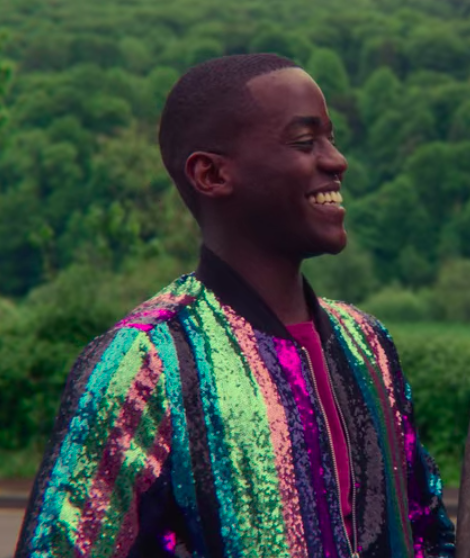 Eric has become a global hygiene icon for his line ‘wash your hands you detty pig’ and therefore nothing less than a fresh en suite and huge kitchen would do. He’s also always flashing his bright white, perfectly straight smile meaning that he would fit in with all of the Richmond Park lot whose daddies have paid for top orthodontic treatment. They too do not like things to be ‘detty’ as they have become so accustomed to their cleaner at home who would never allow for that to happen. 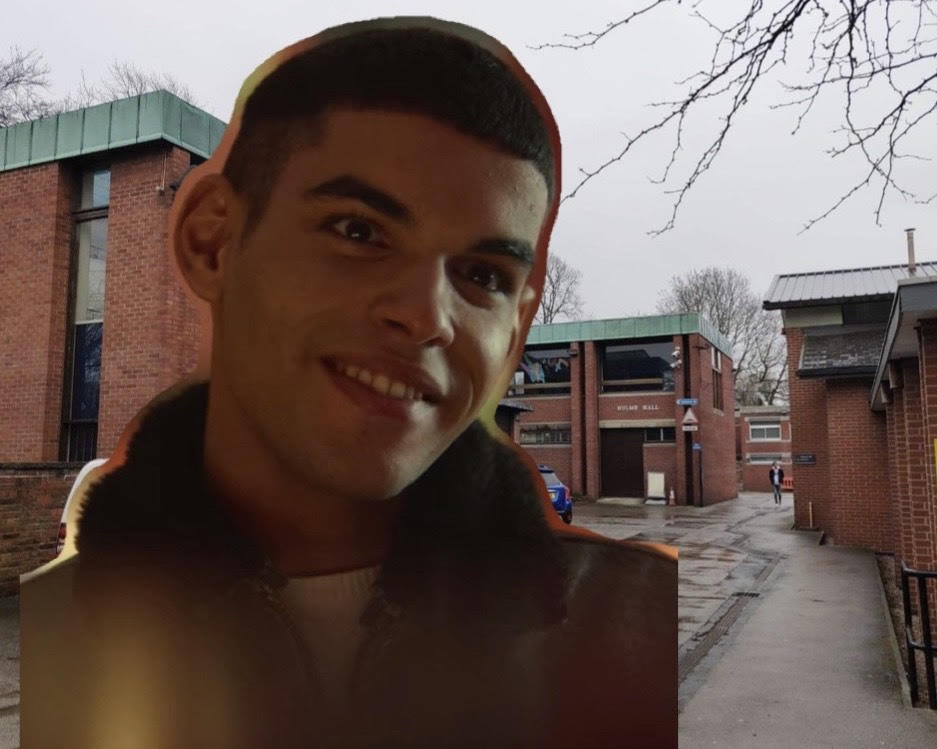 Hulme is the first hall that comes to mind when you think outside of Fallowfield and this is because they do actually get out unlike most of the Victoria Park halls. However, as a result of their unfortunate location, Hulme residents are often misunderstood and overlooked. Rahim, having been misunderstood by Ruby who continually throws herself at him despite him being completely outwardly gay, and also ultimately overlooked by Eric who chooses Adam over him even though he is the perfect boyfriend, would finally be able to find his groove with likeminded individuals in Hulme. 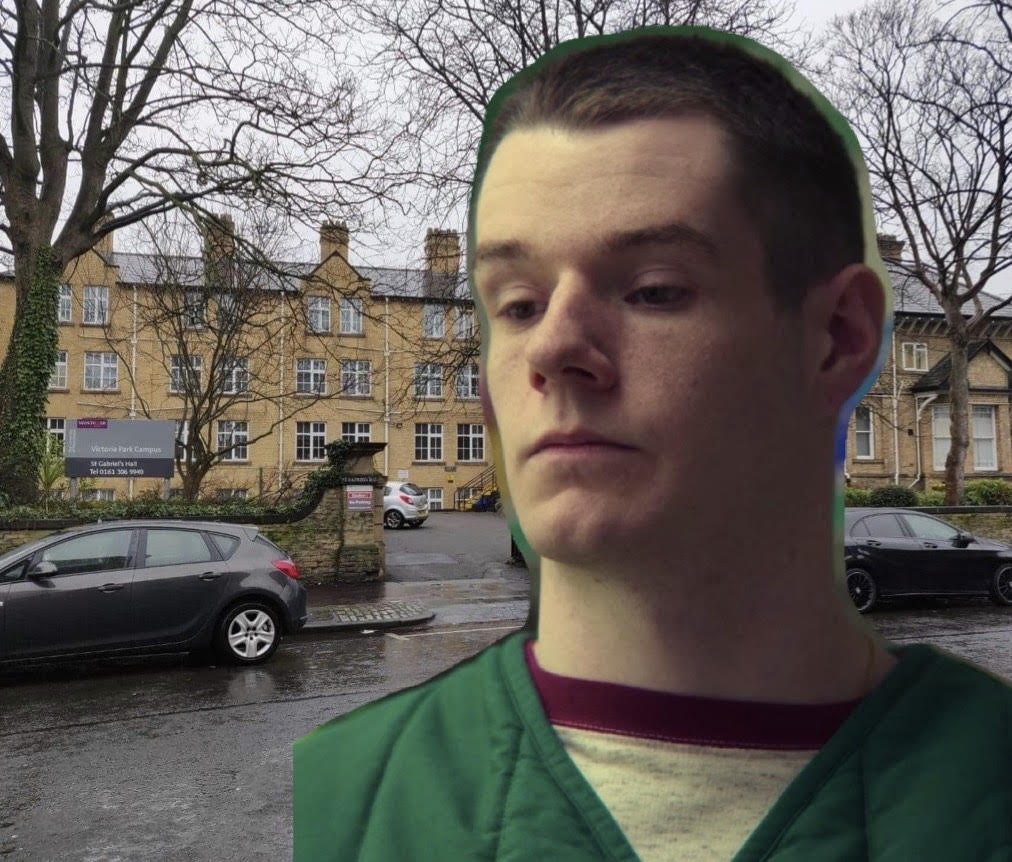 Saint Gabriel’s, which lost its lease at the end of the 2018-19 academic year, was Manchester’s only female only hall. On top of this it was also a ‘lifestyle moderated’ hall, meaning alcohol-free. Yes, I know… wtf? Aside from the fact that he is a boy, this hall would have been the perfect fit for Adam who isn’t particularly socially ‘normal’. I imagine he would be able to find somewhere nearby (because Victoria Park is basically the middle of nowhere) where he could smash things with a baseball bat in order to make friends. 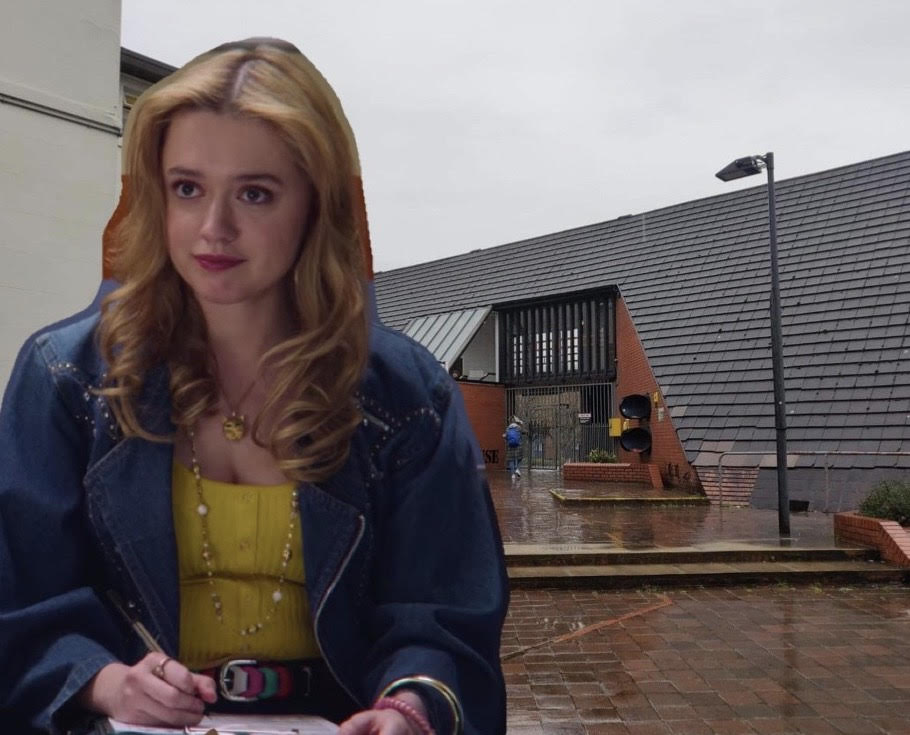 Aimee doesn’t really know what she wants in life, from her love life to her future career, she is generally pretty uncertain and ambivalent. Therefore she would be likely to end up in Whitworth by default having not been specific enough when applying for halls, because who actually puts it down as a choice? However, she would make it work for her as she’s already used to living away from all of her friends and having to get the bus or walk for miles in order to see anyone. 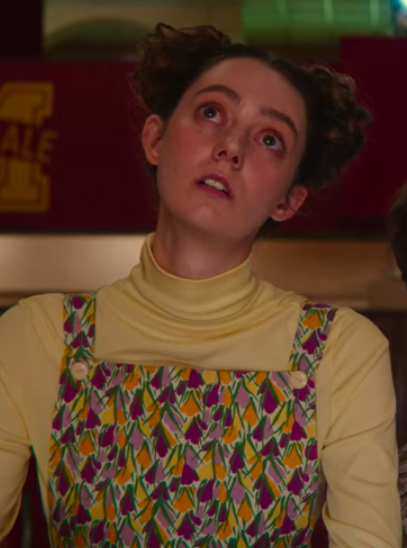 Formerly Victoria Hall, I hadn’t heard of this one either, but its the halls above Lidl. Lily knows everything that’s going on with everyone at school and she shares all of this information with Ola, seemingly her only friend at the school. Lily would suit Liberty because living right in between Uni and Fallow would mean she would still be able to hoard information on everyone whilst going totally unnoticed by others. 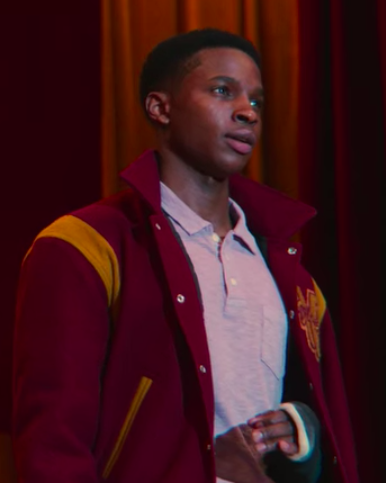 Jackson does exactly what others tell him to, firstly he swims competitively for almost his entire life because his mum wants him to and secondly he takes up acting just because the smartest kid at school tells him to get a hobby. It is no secret that the accommodation team always show prospective students Ashburne and paint it to be one of the most sought after halls and therefore, because he was told to, Jackson would definitely put it as his first choice. It would suit him too because Jackson loves an ego boost and he would probably believe that all of the girls were there for him, when actually Ashburne has been known as ‘Gashburne’ for years.

Finally, if you are confused as to why the halls that you were/are in do not feature, then that is because there was absolutely nothing of interest to say about them.