Labour leader candidate Rebecca Long Bailey gave a speech at the University of Manchester today to mark the first day of the lecture strikes.

After a group comprised of staff and students marched from Uni place to the SU building, the 40-year-old told the cheering packed-out hall: “I respect every one of you for doing this today, because the whole world is watching.”

Remi, a student attending the event, told The Manchester Tab: “I support whoever is furthest left of the Labour Party and that’s Long Bailey.”

In her speech, Rebecca Long Bailey said: “There was a big to-do a while back when I said I would support any strike that took place in the United Kingdom.

“Lots of the right-wing press were like ‘is that any strike? that’s terrible.’

“The reason I said that is because you all know, sat here today, that the decision to strike is never an easy decision to take – you put your livelihood at risk, and to stand up for what you believe in is never a design you would take lightly.” 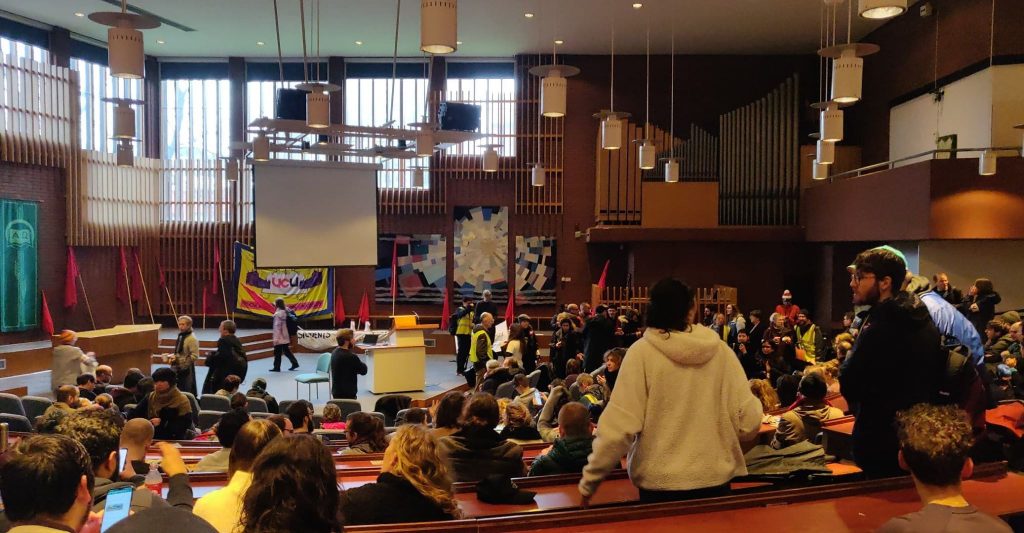 “They’re watching right across the higher education sector,” she continued. “Because they see what’s happening to employees. They see the casualisation of labour. They see you having to fight for your pension scheme, and they see a commercialisation of our universities.”

The Labour leader candidate told the crowd the strikes aren’t “just a battle for workers rights and a decent standard of living”, but a battle for “the very soul” of education. 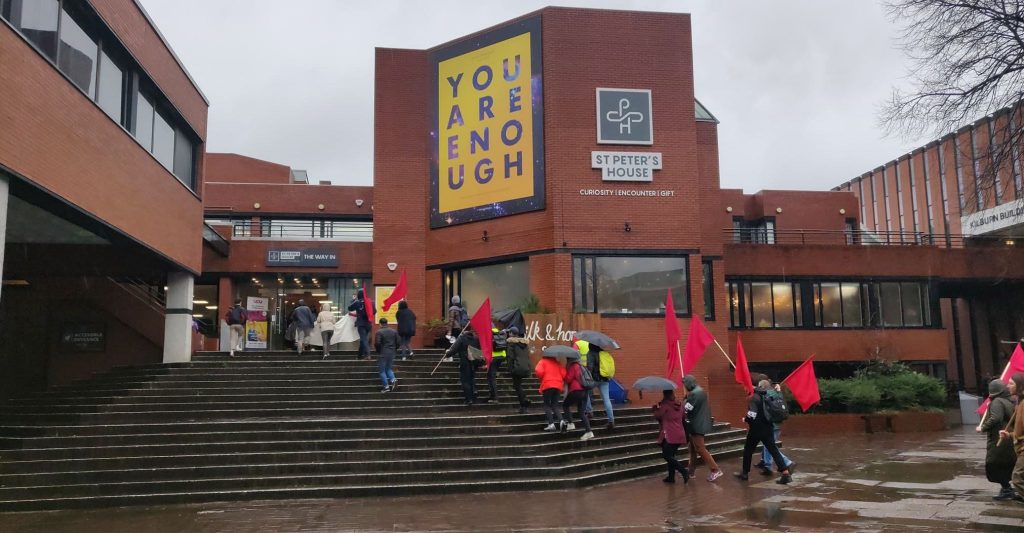 Protestors marching into the SU building

Strikes are expected to continue today and tomorrow. The full list of dates is below: