Ryanair ‘refused’ to stop selling kinder buenos despite having been informed that there was a customer on board with a nut allergy so severe that they could be harmed by the smell of nuts alone.

Ayah Wafi, the customer in question, is currently doing a masters in the genetics of food allergy at The University of Manchester and told the Manchester Tab that the incident left her feeling ‘anxious for the entire duration of the flight.'

She also noted that the incident 'has made me not trust Ryanair.'

Ayah was travelling from Milan to Manchester on Ryanair flight FR6825 on February 3rd 2020 after a spontaneous weekend away with a friend. 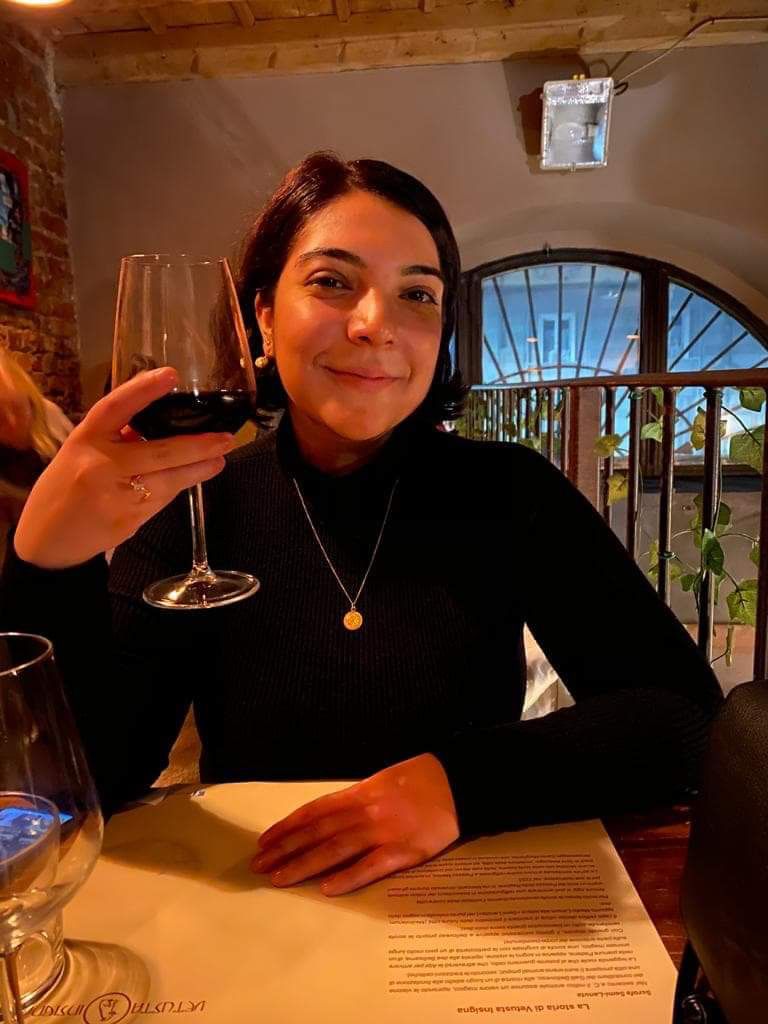 She told The Manchester Tab that when boarding the flight she informed the cabin crew of her allergy as is standard procedure. Following this an announcement was made in which it was claimed that there would be no nut products sold on the flight.

Shortly after this, Ayah noticed that the girl sitting next to her had a bueno. When asked where she had got it from she told Ayah that she had bought it on the flight.

Ayah then asked the staff why this had been allowed to happen as buenos contain hazelnuts at which point she was told that 'the amount [of nuts] is so little that it would not cause me to have an allergic reaction.'

Ryanair has not apologised for the distress that this incident caused Ayah. The response that she received having emailed them was extremely generic stating that ‘Ryanair cannot guarantee a peanut-free aircraft’ even though the nut in question here is hazelnut. 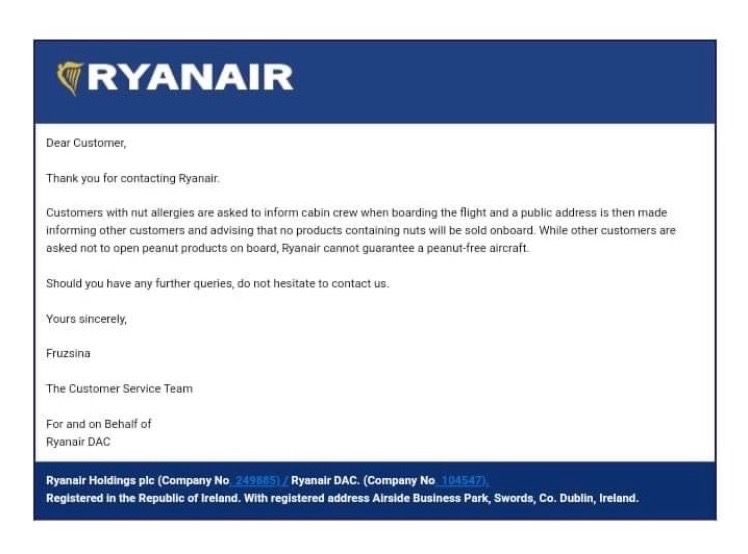 Ayah told The Manchester Tab that following this incident:

'I am not looking for compensation, just for people to be aware of the situation and get cabin crew to be trained to understand food allergy.' 'I didn't blame her [the member of staff that Ayah spoke to on board] for not knowing or anything but she should have just been a bit more aware.'

This is because a greater awareness should help prevent more serious issues for others.

A Ryanair spokesperson has said: "Customers with nut allergies are asked to inform cabin crew when boarding the flight and a public address is then made informing other customers and advising that no products containing nuts will be sold onboard. While other customers are asked not to open peanut products on board, Ryanair cannot guarantee a peanut-free aircraft."