The footage can be seen on The Manchester Tab's Instagram story.

The incident occurred at a bus stop near the University of Manchester, as the city-bound 143 Stagecoach bus was letting passengers on board. 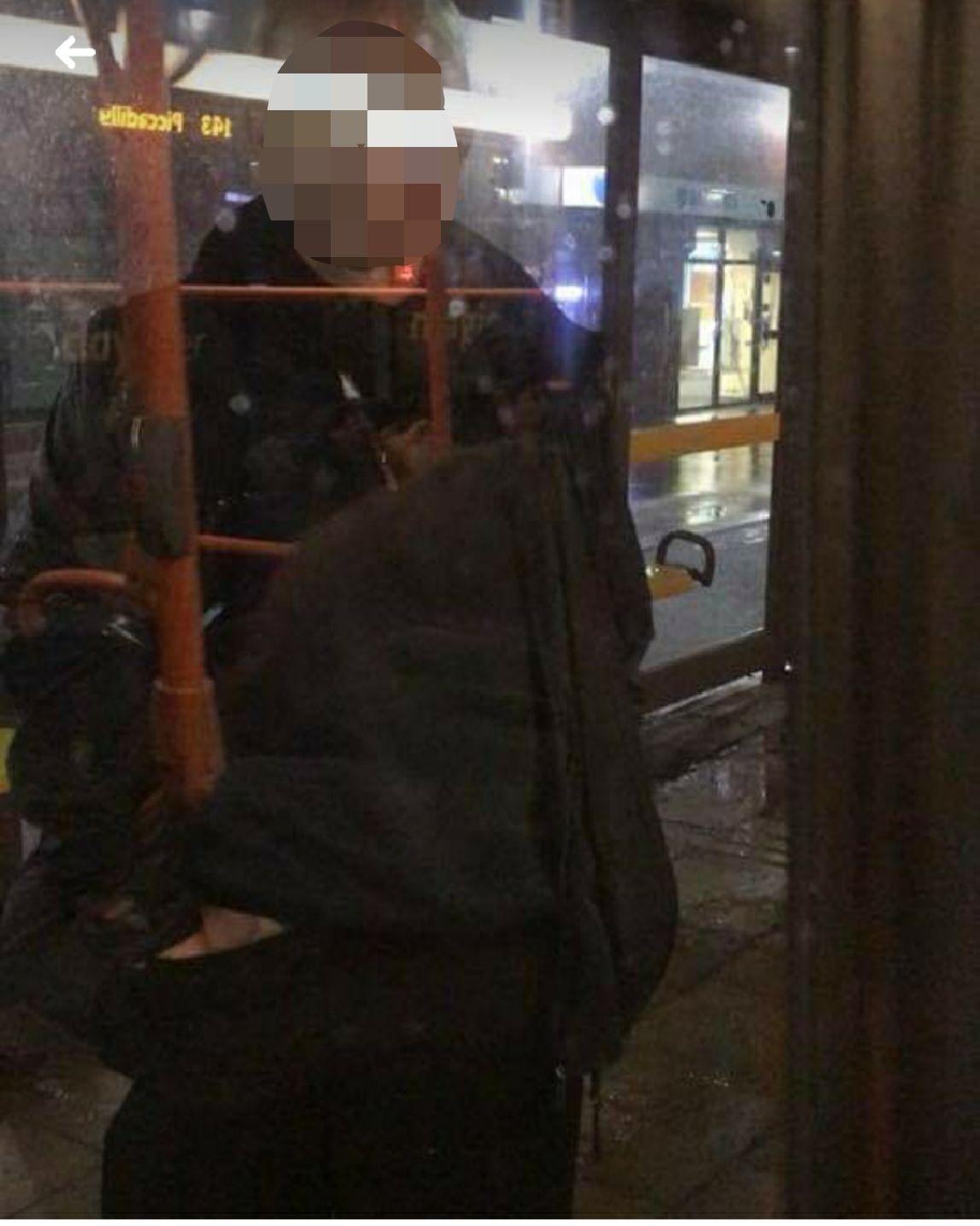 "I was shouting and banging on the window saying 'what the fuck are you doing' and he was smiling", she said.

"The only reason he walked off was because the bus was moving. He didn’t stop when I filmed him".

The full video is on The Manchester Tab Instagram story.

Sarah recorded a short video of the man from inside the bus, where she shouts: "Oi, what are you doing you tramp?" before he walks away.

She told The Manchester Tab most other passengers on board the bus, including the driver, were unaware of the incident, apart from one girl who asked if she was okay.

Sarah later posted a picture and a description of the man on Facebook saying: "This man stood by my window on the bus last night (9:30) and masturbated whilst smiling.

"Absolute weirdo don’t go near him if you see him, was at the Greggs stop by Uni of. Beware of this man."

"I got on the bus alone at Piccadilly bus station and I went to let the man on the bus first", she said.

"He said ‘no’ and winked so I just got on. I went to the back of the bus next to the window and he was touching himself staring me in the eye".

"I looked back and he was still staring at me smiling."

"I had to get off the bus two stops down because I felt sick."

Emily confirmed the man in Sarah’s photograph was the same one she saw, describing him as being "five foot seven-ish" with "white blonde hair and a bald spot".

When asked how old she thought the man was, she said he "looked around 50".

Emily said she rang 101 after seeing the man but was put on hold for over an hour. She eventually hung up the phone and wrote a crime report online instead.

"The police aren’t taking it as seriously as they should", she said.

"They should realise that it was a terrifying experience".

Sarah told The Manchester Tab she called 999 and reported the incident in Fallowfield on Saturday, but hasn't heard back from the police since.

One user commented: "Omg this happened to me in February I thought I was just unlucky lol".

Another wrote: "Saw the same man a couple of months ago doing this at bus stop by Platt Fields!!!"

One person tagged a friend and said: “Same guy? Omg”.

Another user commented: "OMG I think this is the guy who did it to me!!!!"

When contacted, Greater Manchester Police said they could not find any incidents relating to sightings of the man.

To see the video of the man, head to The Manchester Tab Instagram.