UoM mistakenly tells all ChemEng students they failed their exams

They sent an email to everyone telling them they had failed

Dozens of UoM Chemical Engineering students were mistakenly told they had failed their exams and would be forced to transfer course.

An email sent to those studying for an integrated Masters told them they had "failed to meet the academic requirements" to progress, and would be transferred to the bachelor's program instead.

This was later revealed to have been an admin error, and a second email was sent out to clarify that candidates had in fact not failed their exams. One student told The Manchester Tab he was so frightened upon receiving the email he "almost died". 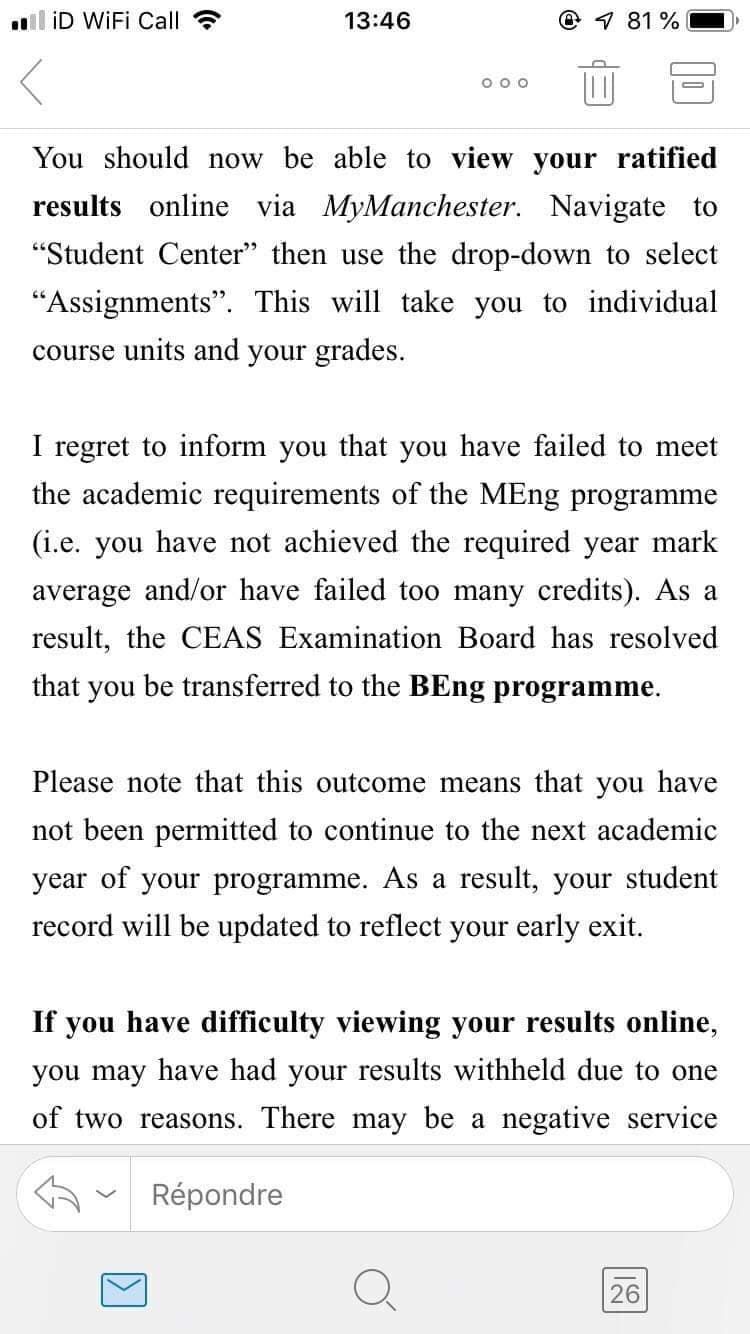 Sent at 13:07 today, the first email told students: "I regret to inform you that you have failed to meet the academic requirements of the MEng programme (i.e. you have not achieved the required year mark average and/or have failed too many credits).

"As a result, the CEAS Examination Board has resolved that you be transferred to the BEng programme."

This was later revealed to be due to a mistake, and the University sent a second email at 13:15 to reassure students.

The email read: "Please ignore the email you have just received with the subject ‘2018/19 – Completion of Program – Notification of Award’.

"This was sent in error to a large number of students. We apologise for this inconvenience." 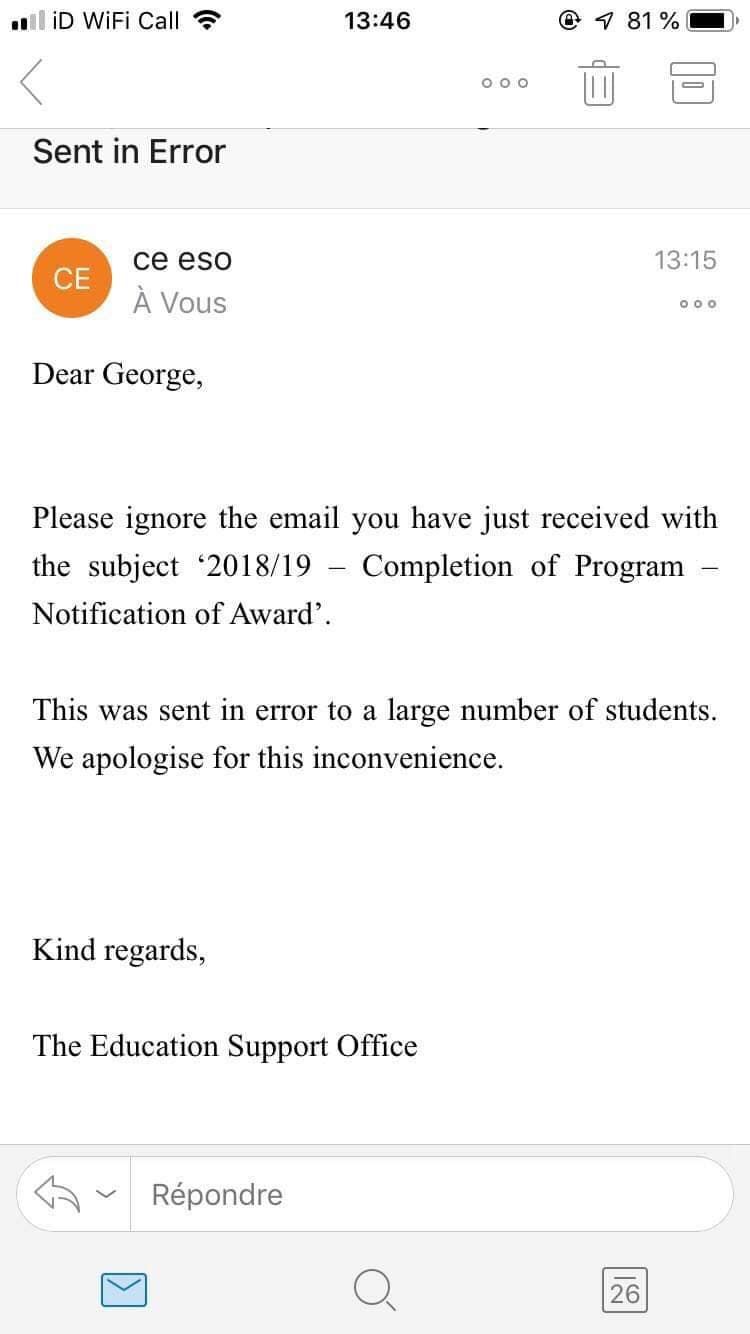 Fourth year, James, told The Manchester Tab the email error was a moment of "utter incompetence," adding: "It's ridiculous they managed to fuck up that badly.

"This is another level of piss taking."

Another fourth year student, Kristoff agreed, telling The Manchester Tab: "I only checked my emails once the error message came out, so I wasn't scared, but it is extremely annoying. It's so badly organised."

Second year and former Chem Eng soc social secretary Callum said: "Chemical Engineering students are probably the worst group of students to receive this email, as we're all very highly strung and worried to death about this latest set of exams.

"They changed the format for a few of them and we had no idea what to expect."

The University of Manchester have been contacted for comment.

Bass is back in the basement: Indigo to reopen tonight