We spoke to him at a rally in Bury

Stephen Yaxley-Lennon, better known as Tommy Robinson, was campaigning for the EU elections in Bury on the 1st of May.

The former member of the BNP, was once the leader of the EDL. Now he's a special adviser to the leader of UKIP, an appointment former leader Nigel Farage said "absolutely disgusted" him.

His policies, while unclear, have come under fire for being Islamophobic and nationalist. You will also remember him for not once, but twice being hit with a milkshake this week.

Watching this guy tip a McShake over Tommy Robinson is probably the most satisfying thing you’ll see all day pic.twitter.com/7YnDr88Qaq

The event was peaceful, and his supporters were friendly, however a layer of tension hung in the air around a small but diverse crowd.

An anonymous supporter referring to a some of Asian men attempting to get to the centre of the crowd told The Manchester Tab: “Oh yeah, there’s a load of them here. I don’t think they support Tommy but at least they make the crowd look bigger.”

He continued and asked what we were doing there. He said: “You’re a journalist? You’ll actually write down what he says?” I said yes.

“Your editors will fuck you there," he said, "the news always lies about Tommy.”

A man in a Tommy Robinson t-shirt insisted Robinson is "not a racist", despite his policies.

"Look at this guy," he said, "his cameraman is a mixed-race lad.”

“Wherever you see a crowd, that’s where you’ll find Tommy,” we were told by a young female supporter. 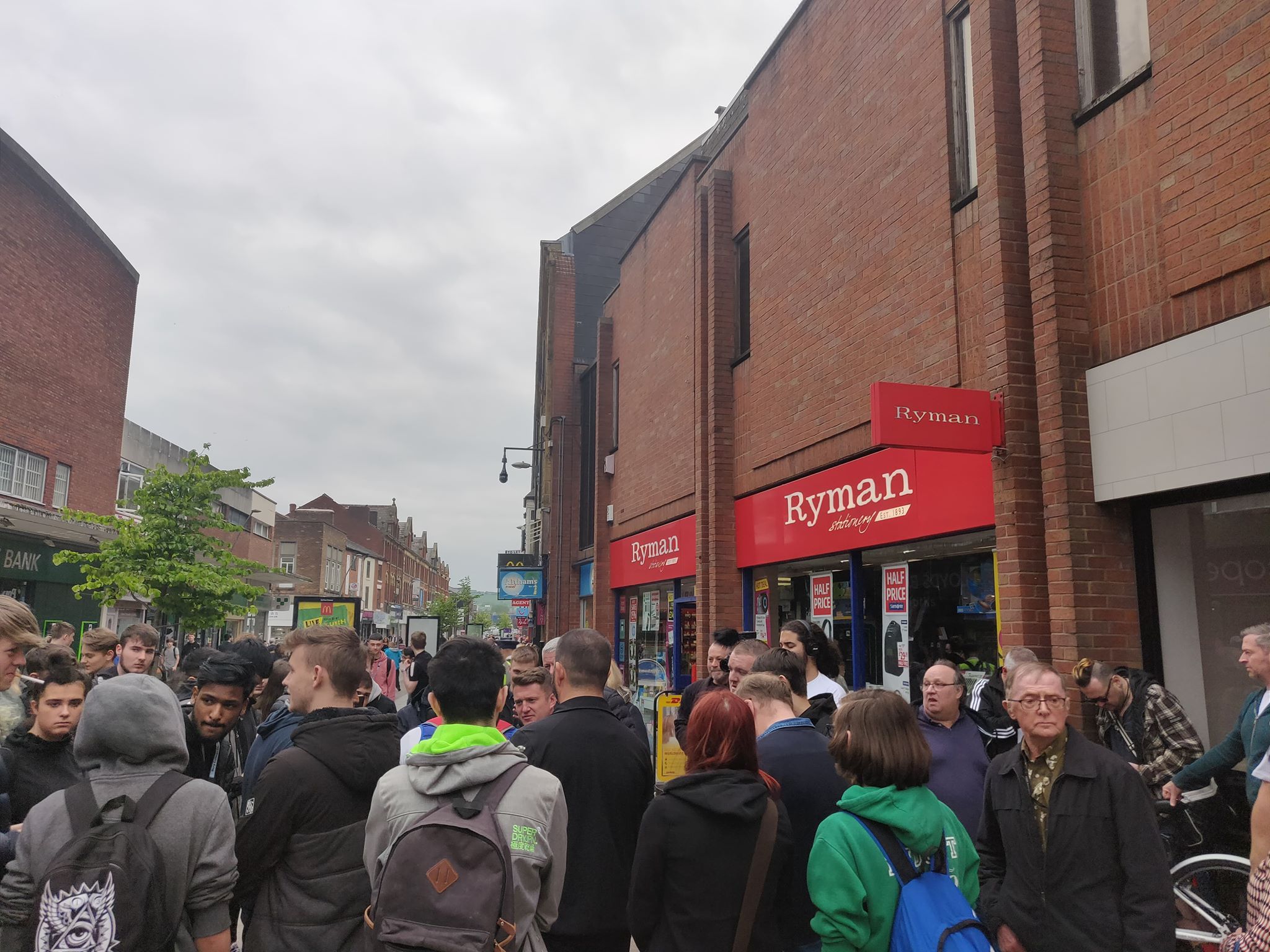 However, people passing through the city centre seemed to have less regard for him.

An anonymous UoM student said of the supporters: “They’re treating him like a god, the white people anyway.”

A Police officer on scene said the event had “been peaceful”. 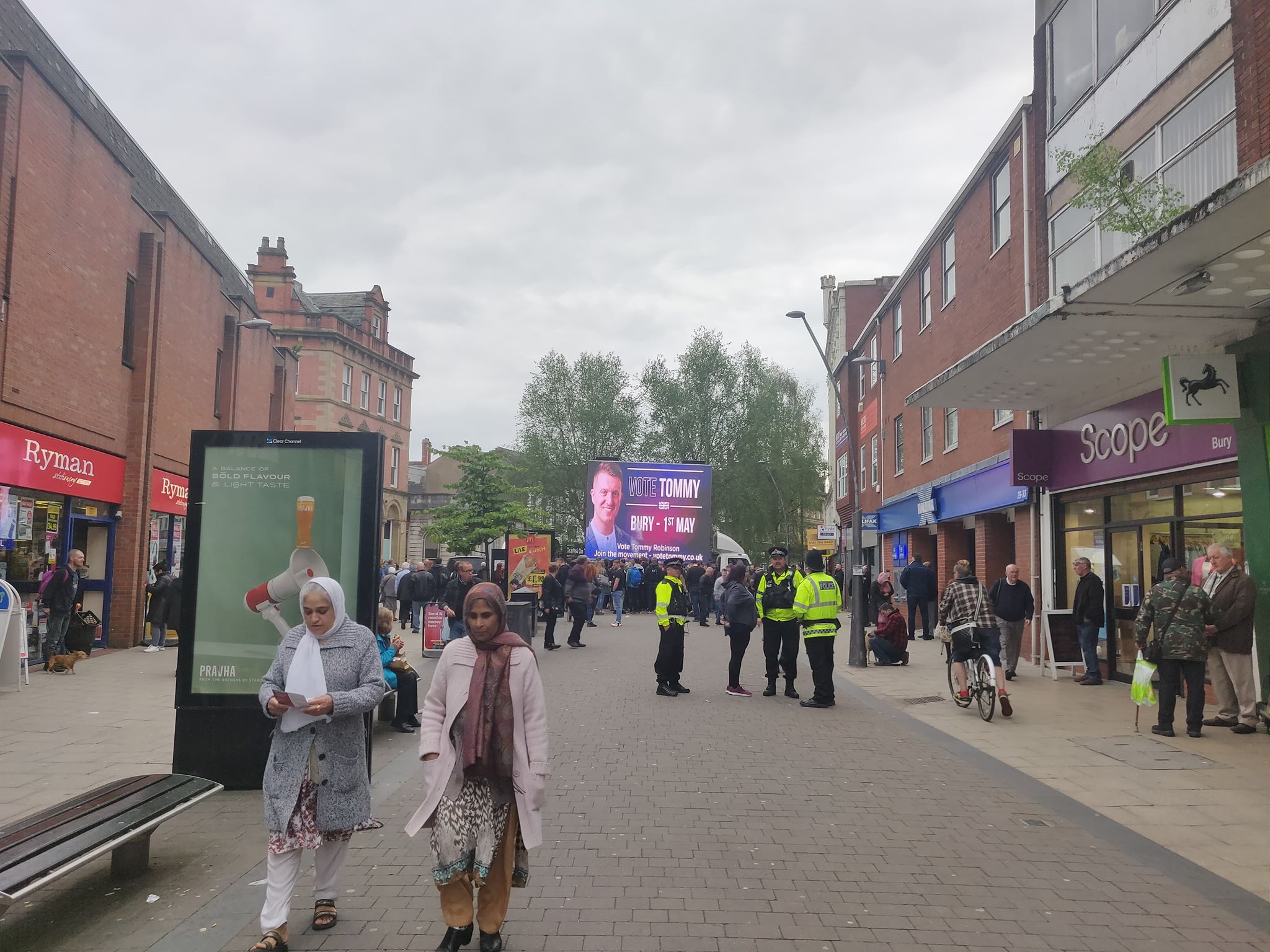 When we approached the centre of the crowd, we found the European Parliament candidate talking to a sixth former about what seems to be at the centre of his rhetoric: Rape gangs, a "personal" topic for him.

He said: "My cousin was raped by Muslims, so it’s quite personal, and then I’ve spent the last 10 years traveling the country meeting families whose daughters have been taken from them and gang raped!"

After speaking about hate crime laws to her, Robinson claimed police were scared of being labelled racists when it came to tackling rape accusations, as he believes was the case in the Rotherham scandal in 2014.

The girl told him: “The justice system does not discriminate based on the colour of your skin.”

He went on to describe a graphic story of a ten-year girl being sexually assaulted with a hot poker, before asking the girl: “Have I got your vote?” 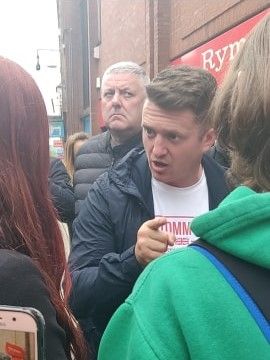 The Manchester Tab got to speak directly to Robinson. After learning who we were, he spoke to us about the politicisation of universities. He claimed 80-90 per cent of professors are left-leaning, and were pushing their beliefs onto students.

He claimed many students want to speak freely and feel they can't, and claimed a student at northern university was forced to leave because he spoke up in support of UKIP.

Robinson said this was "completely" down to a rise in Muslim students, and anti-Semitic attitudes has become "mainstream" and even "celebrated" because of it.

He said: "There are some videos of pro Israeli speakers walking into universities getting bombarded and harassed, spat at. All corridors lined with people, having to walk through gauntlets to enter university and have open or free debate." 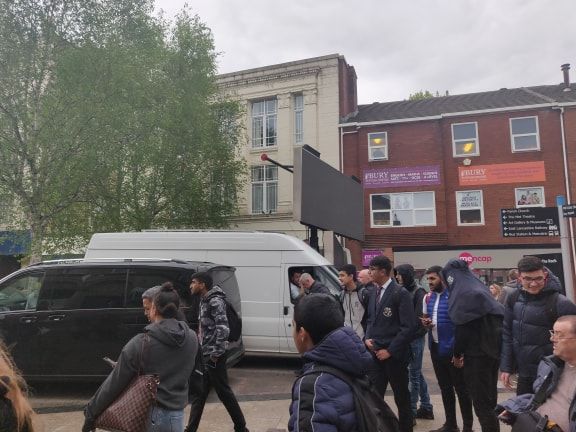 After our questions, we left to buy a drink, and upon our return we learned Tommy Robinson and his supporters had already left after a milkshake had been hurled at his head.