Climate change graffiti washed away by the University

‘Stop shitting on our future’

Graffiti calling for the University of Manchester to divest from fossil fuels was washed away hours after after it was written.

Student campaigning group People and Planet wrote around a dozen climate change messages on the pavement of Oxford Road.

These included "UoM has £10m invested in fossil fuels", "your Uni is destroying your future", "your education is funded by theft, blood and destruction" and "happy Fossil Fools Day".

Lizzy Haughton, Students' Union Activities Officer and member of People and Planet, told The Manchester Tab the graffiti had been removed because of swearing in two of the messages.

These read "stop shitting on our future" and "socially responsible my arse".

Lizzy said: "They could have just washed the swear words off if they were so worried". 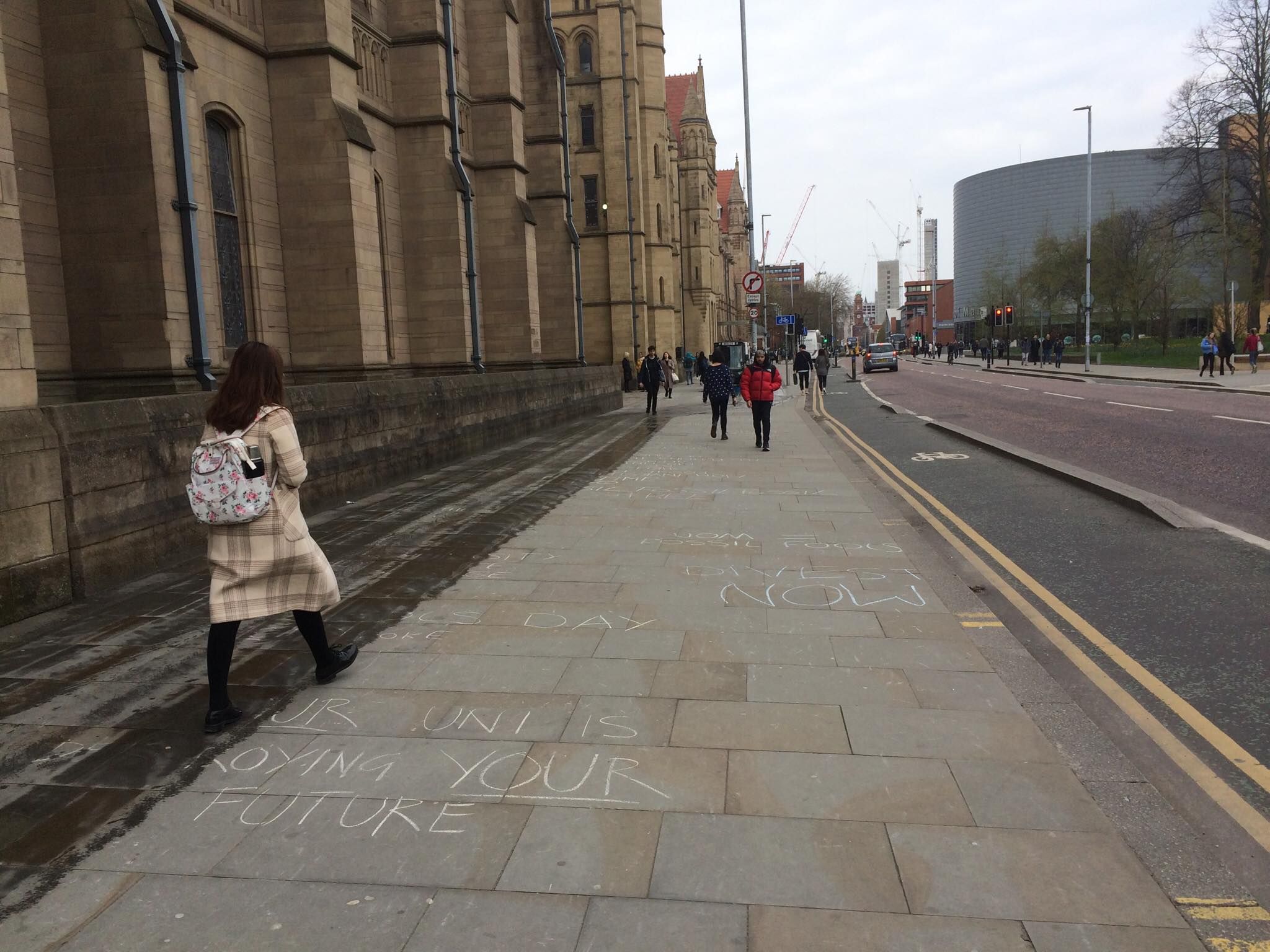 In a statement to the Mancunion, Lizzy said: “We’ve done similar protests before and it’s not been washed off this quickly. When we were speaking to security guards this morning, they didn’t mention anything about us not being able to do it.

“The excuse of swearing is pathetic, they just want to cover up their poor excuses for divestment.”

Lizzy is also a member of Extinction Rebellion and was arrested last November for her part in a roadblock near Paramount Wetherspoons on Oxford Street.

A University of Manchester spokesperson told The Manchester Tab: “The University recognises our students’ right to protest peacefully, providing that this does not unduly disrupt the conduct of the University’s normal business.”