The student said he was ‘entitled’ to his own opinions

A University of Manchester student has been seen praising eugenics and "high caste Aryans" in social media posts, The Manchester Tab can reveal.

The History student and member of the Rock and Metal Society made comments calling for Aryans to "pursue eugenics", as well as an "open air internment camp" for migrants.

The student told The Manchester Tab he is entitled to his own opinions, and that he has broken no UK law. The University is investigating the student's conduct. 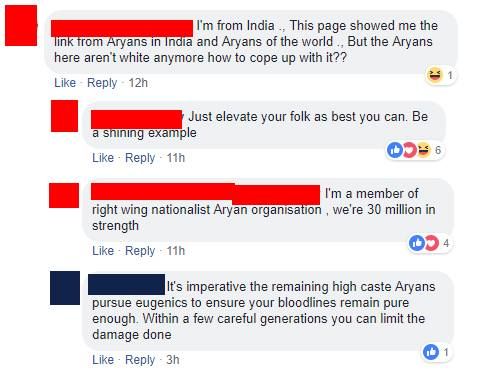 The UoM student's comments are highlighted in blue

In a debate about Aryan presence in India, he also argued for the Aryan race to pursue eugenics, a theory that aims to "improve" the genetic quality of the human population by discouraging reproduction with those of a considered inferior genetic quality.

He said: "It's imperative the remaining high castle Aryans pursue eugenics to ensure your bloodlines remain pure enough. Within a few careful generations you can limit the damage done."

He argued for fascism in one online comment, saying: "Fascism is neither Utopian nor authoritarian. By inserting it into the Left-Right modern political spectrum you have already failed to understand it.

"Fascism is the state development of natural hierarchy and allows for the ultimate expression of personal freedom and liberty so long as it does clash with said nature."

In the Facebook comments of a New York Times article, the student expressed support for Brenton Tarrant, the shooter who killed 41 people at the Al Noor Mosque, and seven more nearby people, in New Zealand.

Talking about the media response to the attacks, he commented: "They are so fucking stupid. Fair play to the guy for playing them like a fiddle. He knew they couldn't leave this one alone illuminating the hypocrisy shown from other attacks. Kinda respect him for that."

In response to a BBC News article on an increase in the number of migrants attempting to cross the English Channel, the student also suggested that the government should set up an "open air internment camp in the outer Hebrides and remind them that we'll take them home for free. See how long they stay". 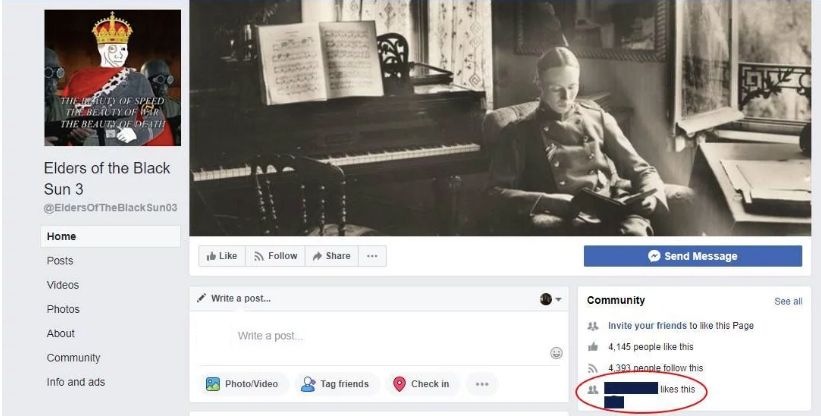 The UoM student was also found to have liked the Facebook page "Elders of the Black Sun 3". The symbol of the Black Sun is employed by neo-Nazis and the alt-right, based on a symbol found in a tower from Nazi Germany.

The New Zealand shooter posted images on Twitter of firearms decorated with the Black Sun symbol, the same firearms believed to be used in the shooting.

The student maintains he broke no UK law, telling The Manchester Tab: "As a British national, I am entitled to my own opinions and perspectives so long as they remain lawful."

"The personal comments made on these pages are highly contextual and predicated on the various Facebook pages’ existing 'online community' sub-cultures. This is to say that certain knowledge is already known to the pages’ audience, although not to an outside lay audience, and it is within that scope we must consider the comments’ place.

"Due to this nature the context of many of these comments are missing and thus the screen captures are misleading. To explain the 'sub-culture' of these pages to those not associated with them would be an arduous task as they are, by design, quite hard to assess for certain audiences.

"I have broken no UK Law with these comments nor have I violated Facebook’s Terms of Service."

A University of Manchester spokesperson said: "The University has been made aware of several inflammatory comments that appear to have been made by one of our students on social media and are investigating accordingly.

"Our code of conduct and discipline states that every student shall maintain at all times and in all places an acceptable standard of conduct and we will be considering carefully what further action is warranted if this code is found to have been broken.

"As an institution, we would like to make it clear that we’re extremely proud of our inclusive and diverse student and staff population and abhor the views outlined in these posts."