The best of Fallowfield in the snow

Because everyone in Fallow loves the white stuff

It's week one of semester two, and if we didn't need any more of an excuse to stay in bed, Manchester was covered in a lovely thick blanket of white snow this morning. Doesn't everyone love snow? Bit of a change from usual northern rain, the excitement of the slight chance uni is cancelled (it never is but that doesn't stop you sacking it off anyway) and you can piss off your mate by soaking them with a snowball.

Even if you don't like pina coladas and getting caught in the snow, you have to love the aesthetics of it. The chewing gum ruined path becomes a perfect sheet of white fluffy snow and even Fallowfield feels a little bit magical.

It might be slowly melting into homogeneous grey mush at this point, but we've gathered the best and worst pics of the snow (and snowmen) to keep the mems alive.

This could be a postcard 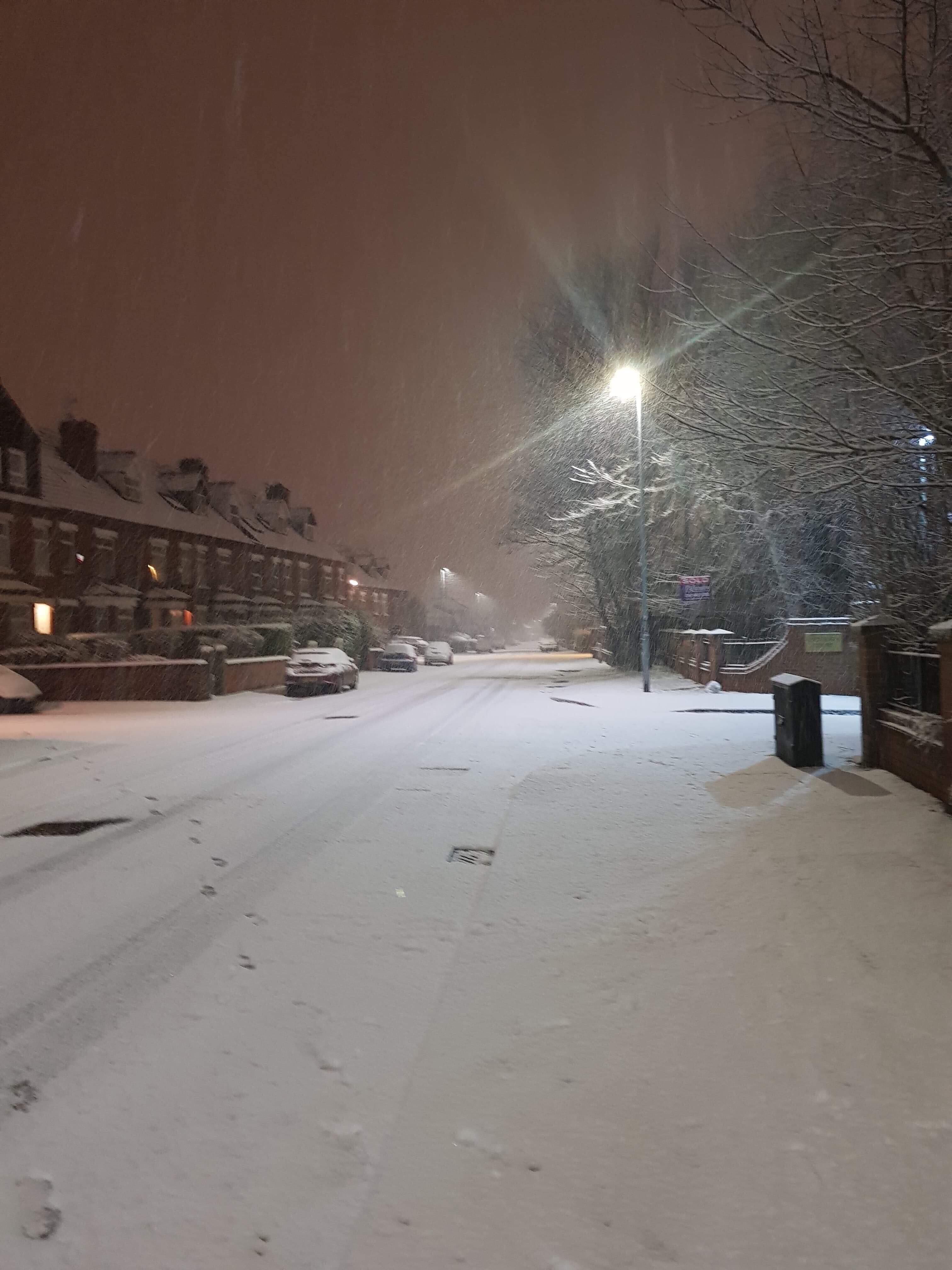 I feel like I've been transported to the alps!

Here's a photo sent in from a student who clearly cares about their degree and was up and out before the sun came up! There's barely any footprints and no signs of the snow turning to sludge…9/10. 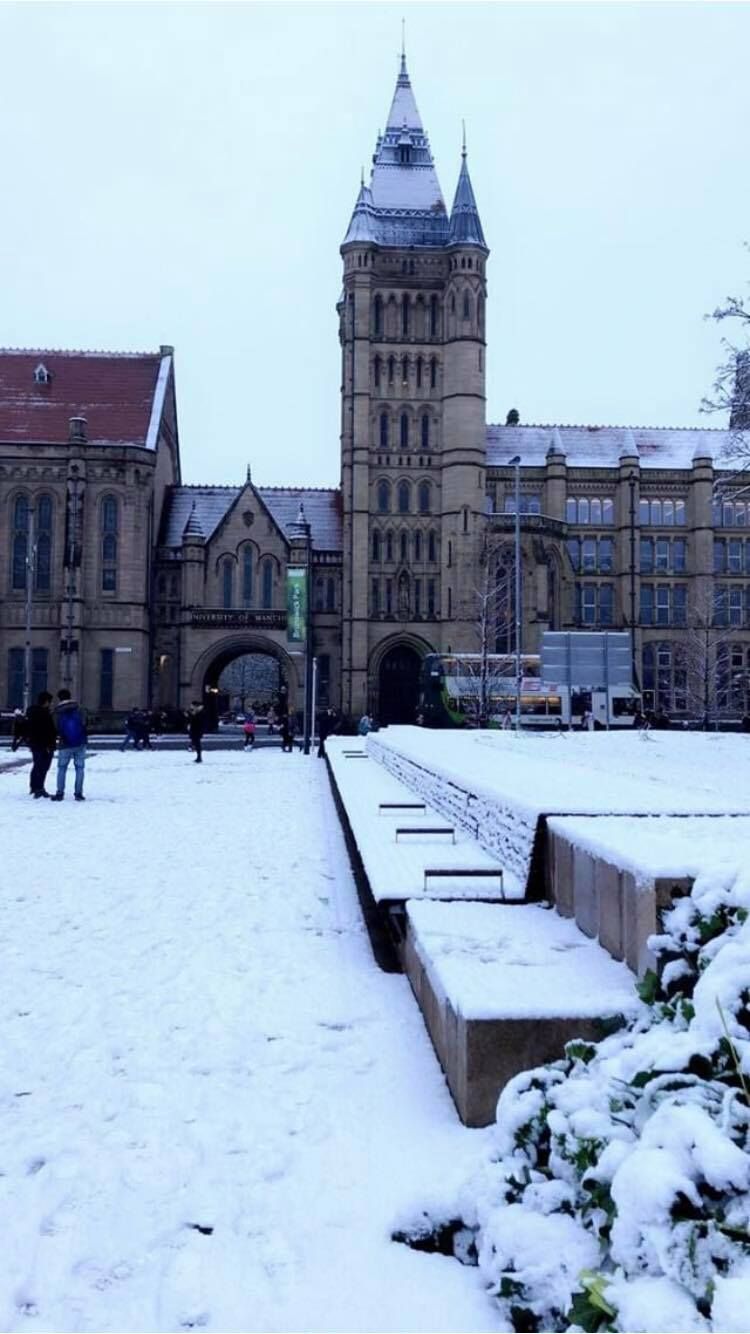 The University of Manchester in all its glory

I know it's Fallowfield and anything goes, but what the fuck

Best way to get around in Manchester this morning #uksnow pic.twitter.com/i7iD90oJOA

This guy absolutely hacked beating the traffic today. You'd question this being Manchester if it wasn't for the 147 Magic Bus in the background. Seriously though, I wanna know the background story to this. Why have you got skis so easy to hand? Why do you look so nonchalant as if skiing down Oxford Road is the most normal thing to do? 10/10 for chaos, 3/10 for efficiency.

A testament to a friendship made from snow 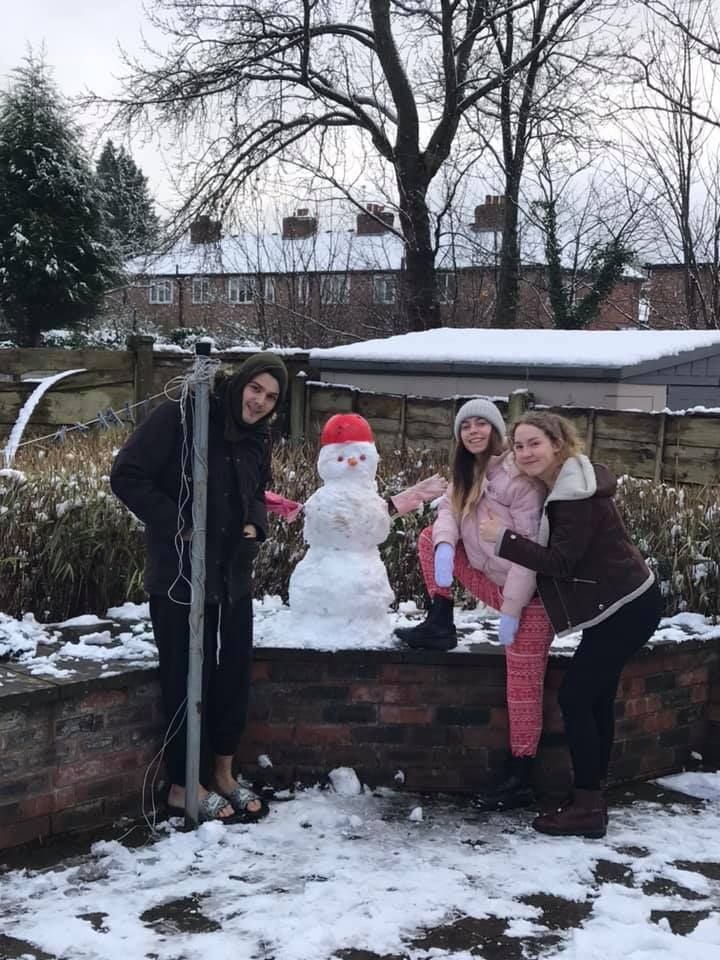 These second year MMU students made a wholesome AF lil snowbaby. No need to ruin your fave woolly hat when you've got the initiative to use a mixing bowl…10/10 for creativity. 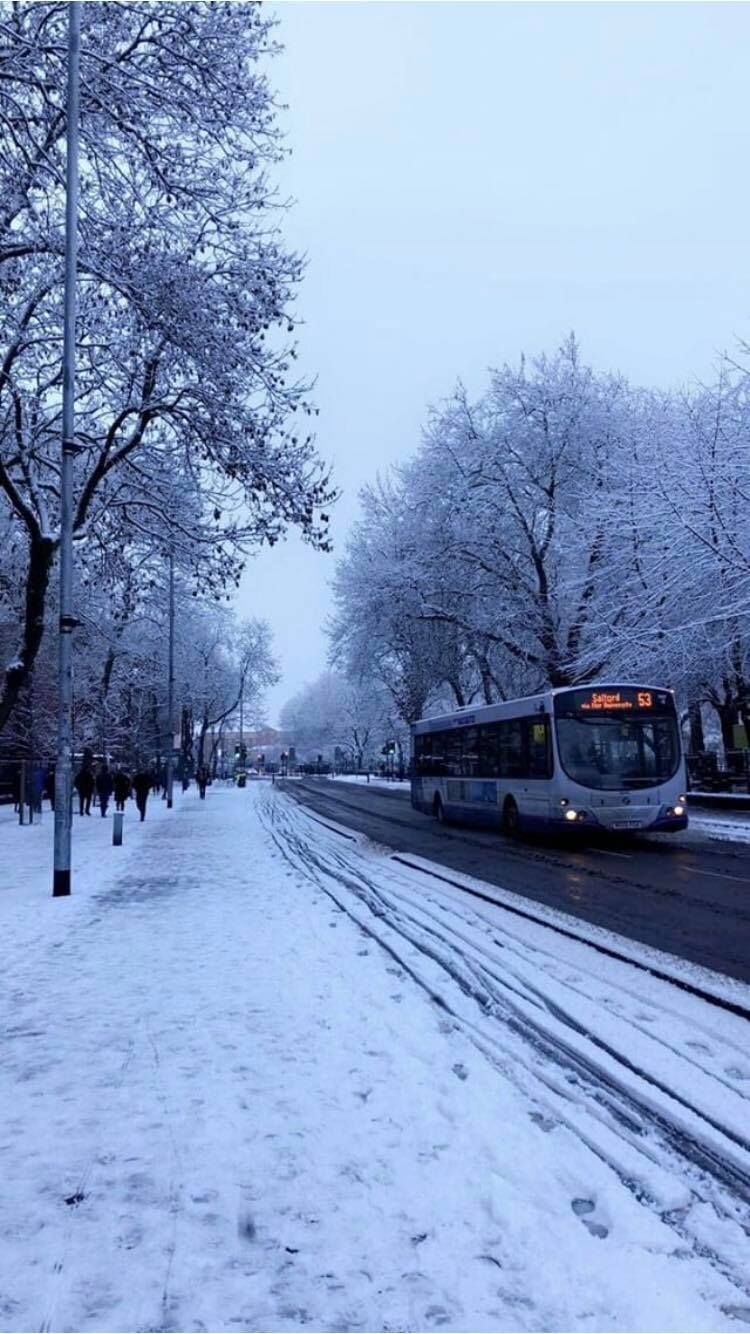 Remember when snowmen were a wholesome part of your childhood? 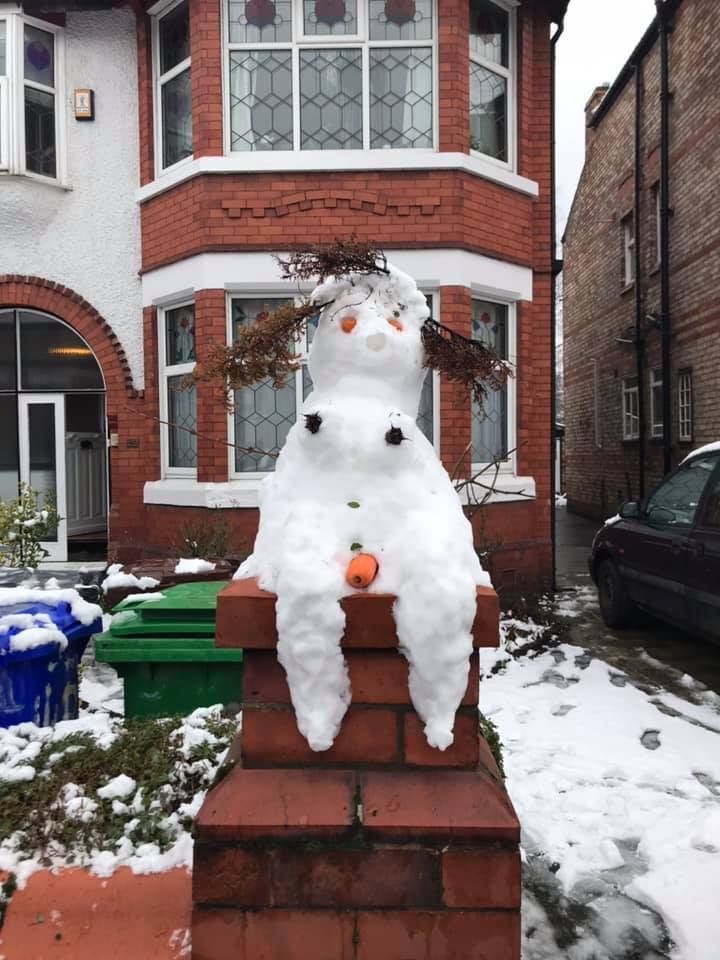 fuck you and your snowman dick

As you grow up, parts of your childhood are slowly revealed as lies (Father Christmas) or destabilised by slow realisations, like how small your local playground really was all along and how many dick jokes there are in Shrek.

But this crosses the line. Snowmen are a sacred part of one's childhood. When you can fuck around in the snow, make something productive from the weather and craft your own being, your own thing, take a proud, gap-toothed smiling picture for your mum to cherish, and then watch melt as the sun comes back out, it's just pure joy. Don't put a carrot dick in my nice childhood memories. 5/10 for architecture, 0/10 for ruining something sacred. 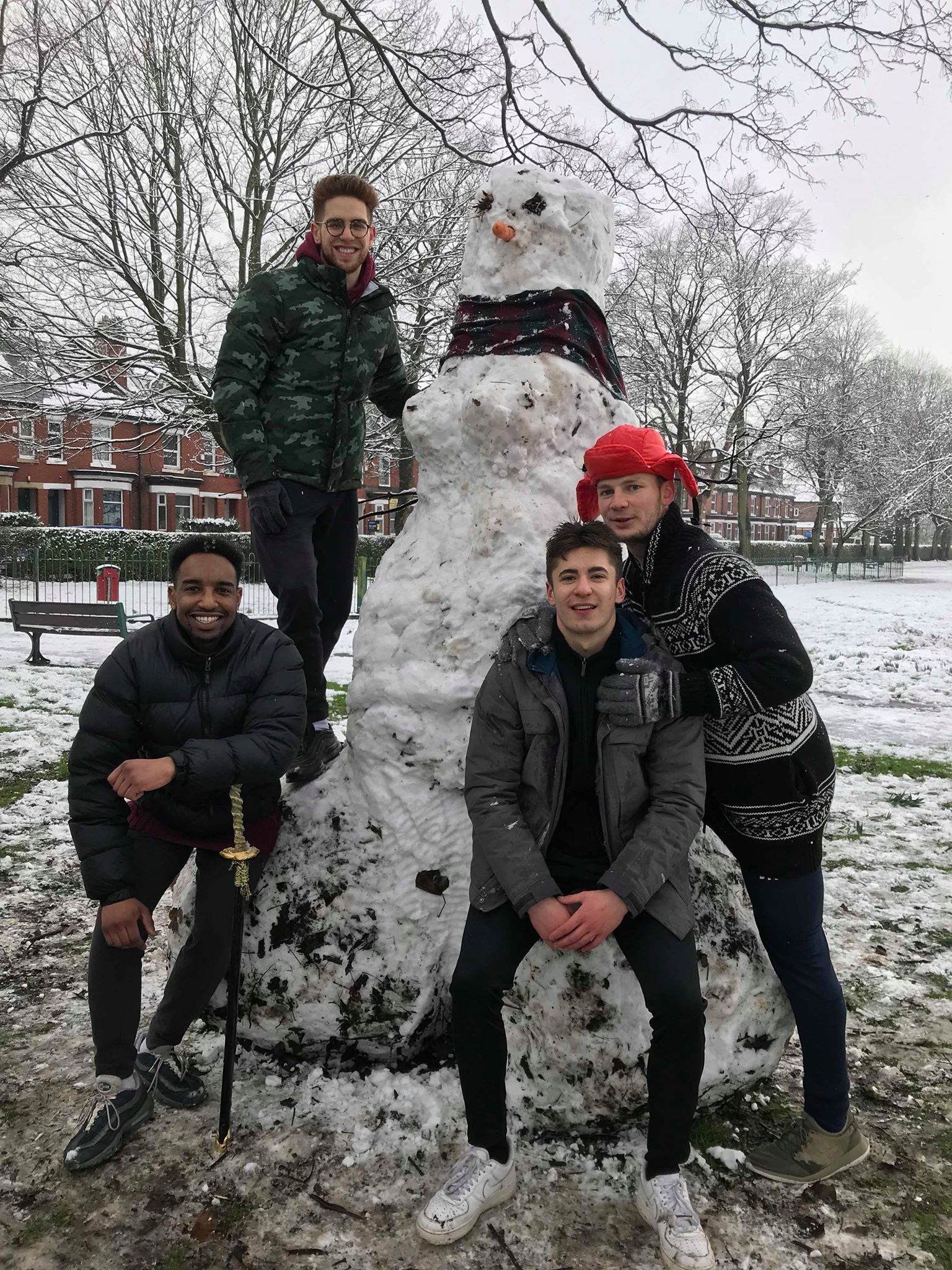 these big boys made a big BOI snowman

This big boi looks about 7 feet tall and the boys said it took them all morning to make! It's wholesome to see a group of lads working together to create something. 10/10 points for the scarf but 0/10 for being rude and ruining childhood mems (it was actually a dick from behind – suprise, surprise) Creds to Michael, Jack, Hussain, Mohammed and Jade from UoM for wasting an entire day compensating for something with a large mound of snow.

Just look at the balls on this snowman, I mean, bloody hell 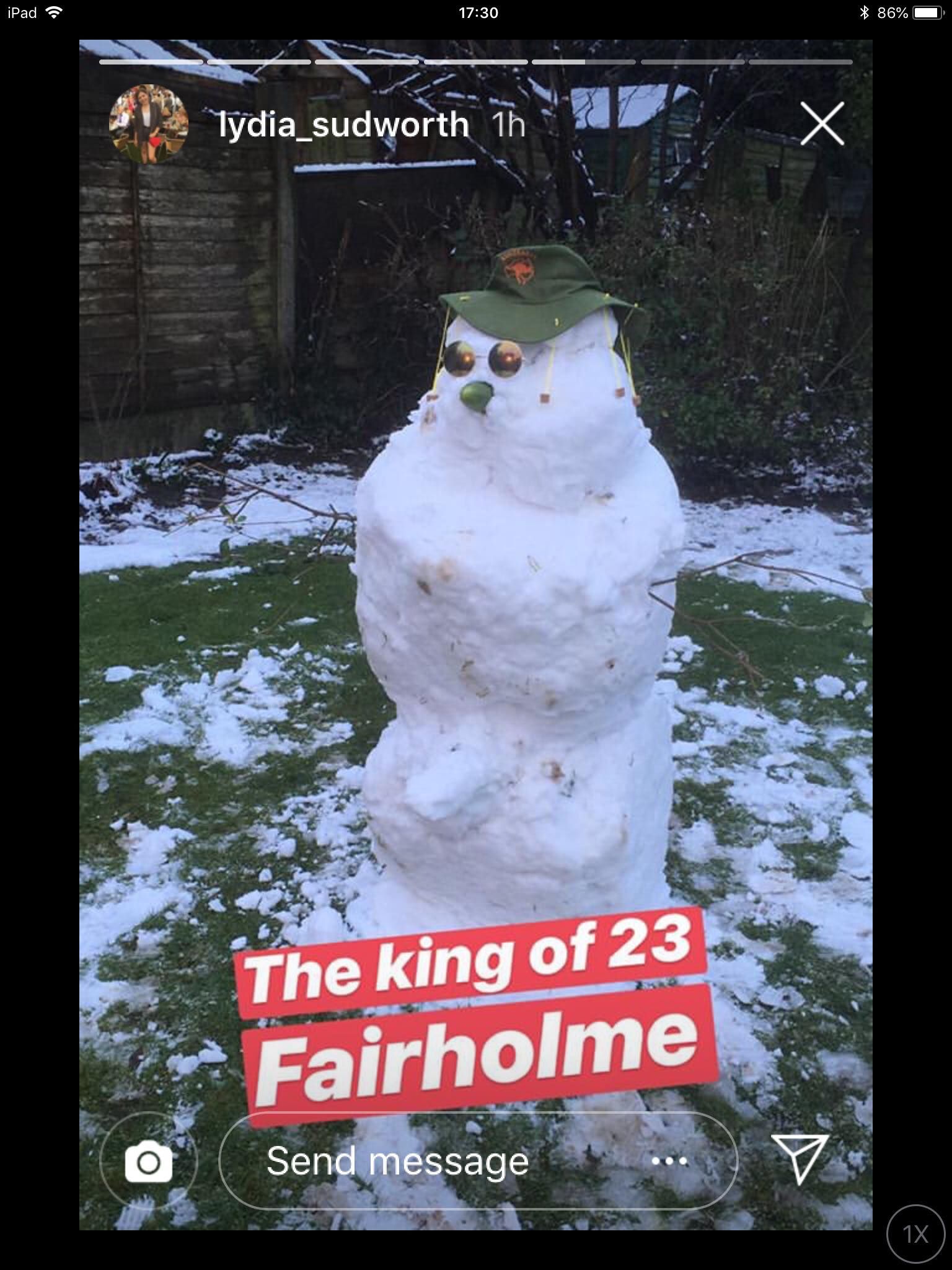 There's a first for everything, and I've never wanted to hand over all my money, make a hasty post in FSG and call GMP just from looking at a snowman before. I mean, would you just look at the balls on him? If this snowma approached you in the smoking area of Cubo, mirrored John Lennon glasses hiding blotted pupils the size of dinner plates, wearing a hat that falls in the middle of a Venn diagram of seven year old boy scouts and drug dealers, all beefy shoulders and a thick jawline, and you'd just hand over a cig without saying a word, wouldn't you? This snowman would run over your foot in a Lidl carpark and make you apologise for it, he'd sell you half a gram of speedy coke and charge you extra, he'd floor a weekend long sesh without stopping to lie on the floor, he's just that guy, isn't he? Probably goes by the name Lewis Lewis or Tukker and inexplicably has a penknife on him at all times.

Well no, apparently the residents of his Fallowfield home named him Jonathan. 10/10 for making me terrified of snowmen.

Now that the snow has turned to slush all we can hope for is another day of snow-filled fun. Keep sliding into our DMs with your best snowy pics here.

A number of clubs have raised over £1,000 each for their chosen causes