The Sun and The Daily Mail have altered their headlines about the death of student Archie Day, following the coverage of his death in October of 2018.

The University of Salford student was found hanged in his halls of residence following a night of drinking, where he was reported to have been upset after losing his friends and mobile phone. He had previously struggled with depression.

The coverage drew criticism from Archie's family and friends for putting Archie's death down to the loss of his phone, and for failing to draw much attention to Archie's battle with depression. Archie's dad, Ken Day, campaigned on Twitter to get the headlines changed, and The Manchester Tab published a piece in support titled: "The newspapers’ coverage of Archie Day’s death shows they don’t take depression seriously". 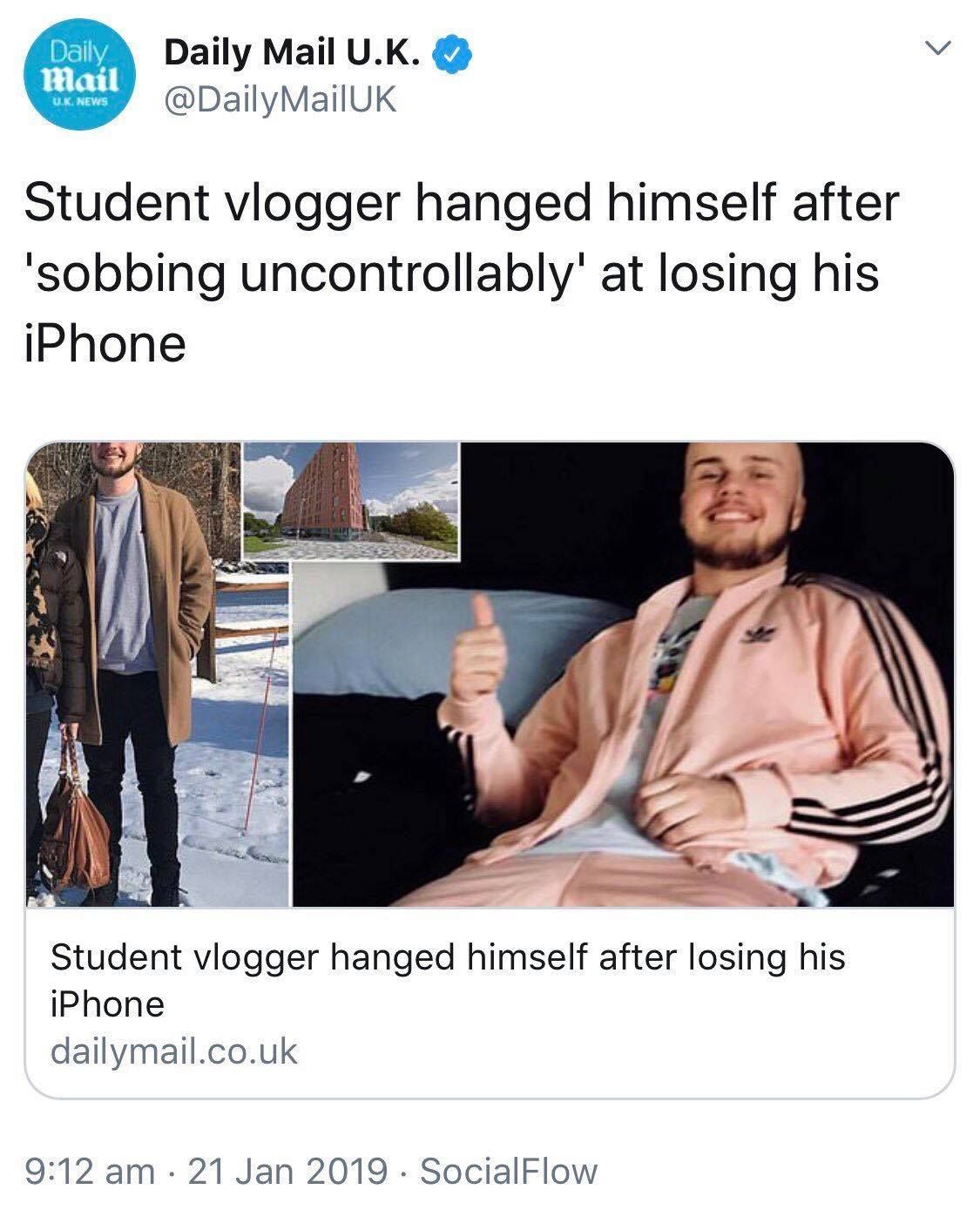 The original headlines from The Sun and The Daily Mirror described Archie as a "student vlogger" who "hanged himself after 'sobbing uncontrollably' at losing his mobile phone" – some were later altered.

Archie's father said on Twitter: "My family is devastated yet powerless". One user encouraged others to send complaints about the coverage to the International Press Standards Organisation in an effort to get the headlines removed.

Following this, both papers have now drastically overhauled the titles of their articles. The Daily Mail contacted Archie's father directly to inform him of the changes.

Hi @gregjames Can you help me? The @MailOnline wrote this awful article about my son's suicide https://t.co/ZTE4DcMyAc … … … with a headline trivialising his mental health. #friendsofarchie

My family is devastated yet powerless. Thank you. 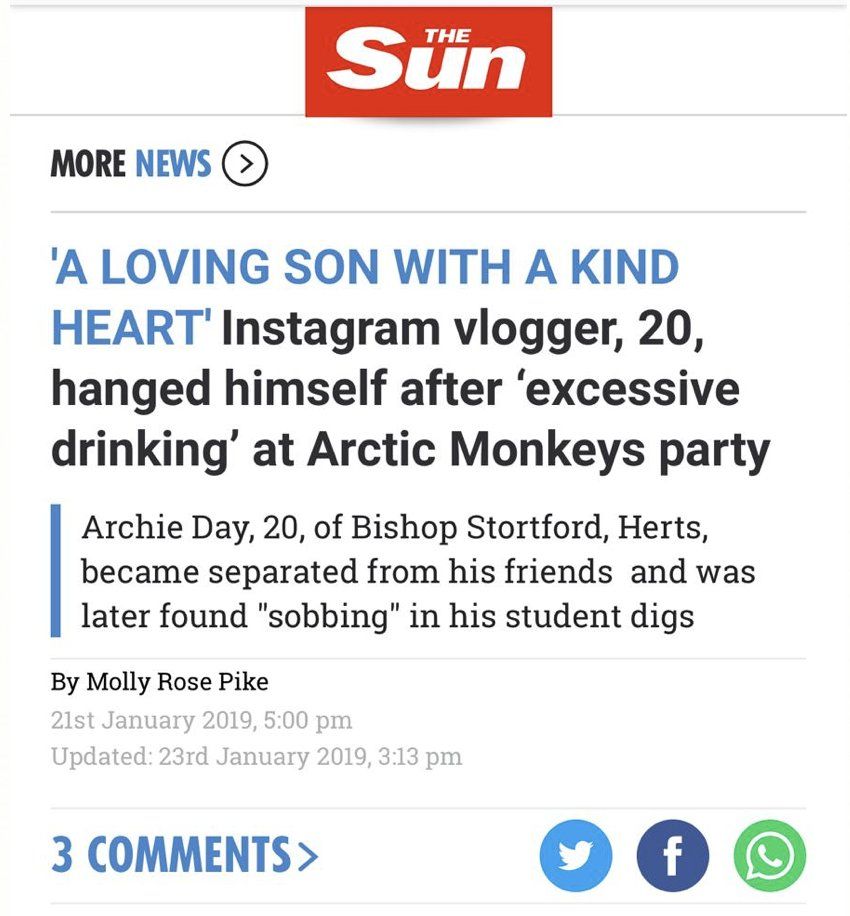 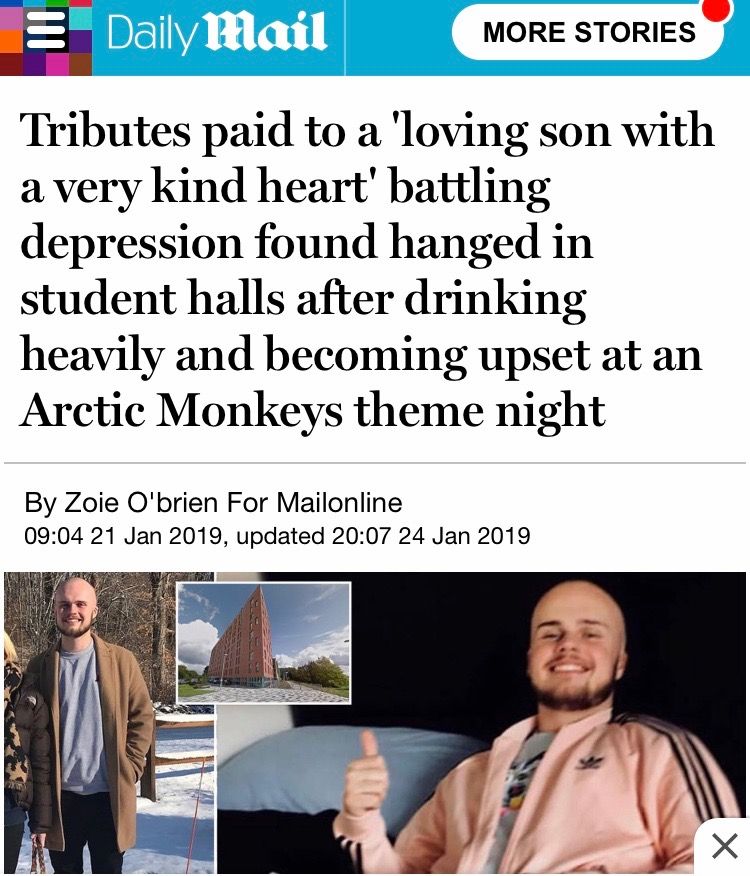 Both The Daily Mail and The Sun headlines were altered to include positive comments made about Archie by his family, and no longer explicitly link his death to the loss of his iPhone.

The Sun headline now reads: "'A loving son with a kind heart', Instagram vlogger, 20, hanged himself after 'excessive drinking at Arctic Monkeys party."

Archie's father tweeted on the 24th, describing the change as having "achieved the impossible."

Archie's friend Rory has set up a JustGiving page, where he has raised over £5,000. All donations will go to MIND – a mental health charity. You can donate here.