Is this still available?

Posted to FSG, the post said: "Has anyone dropped any blue headphones? not apple (so probably shit)". So far, it's hit over 175 likes. 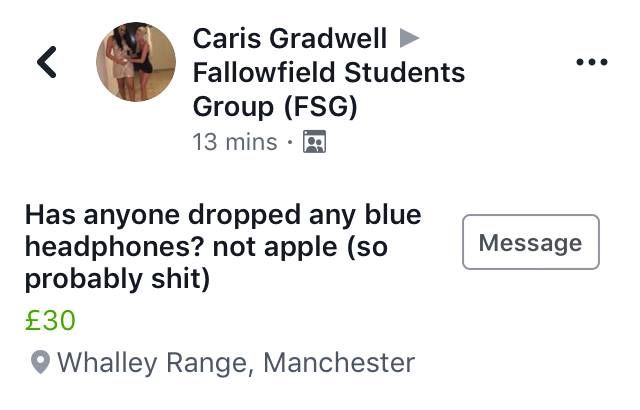 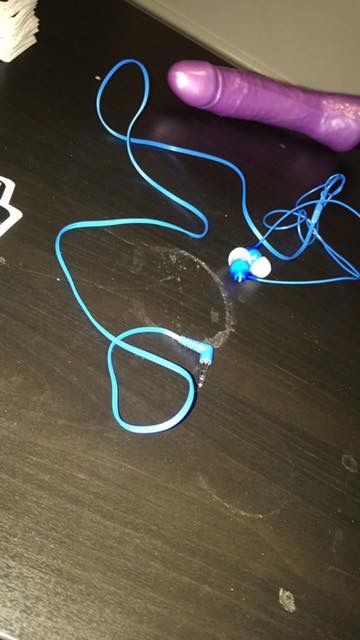 The MMU student, who has asked to remain anonymous, is a Public Relations student at Manchester Metropolitan University. Speaking to The Manchester Tab, she said: "Well, I stumbled across the headphones on the way to my local shop in Fallowfield. The background is my item (not embarrassed, just a single woman who has needs!) I didn’t realise it was in the background until people started to post…ooops!!"