Student posts on FSG asking for ketchup, gets a plate of it from a house down the road ten minutes later

Fallowfield Students Group proves its worth once again, this time in saving a group of students who didn't have any ketchup for their Nando's.

In a Facebook post, Lorna Foster sent out a plea to Fallowfield after realising she had no sauce to accompany her Nando's order.

Anna Walsh, third year Fashion Marketing student at UoM, then replied and offered a squirt of her ketchup. 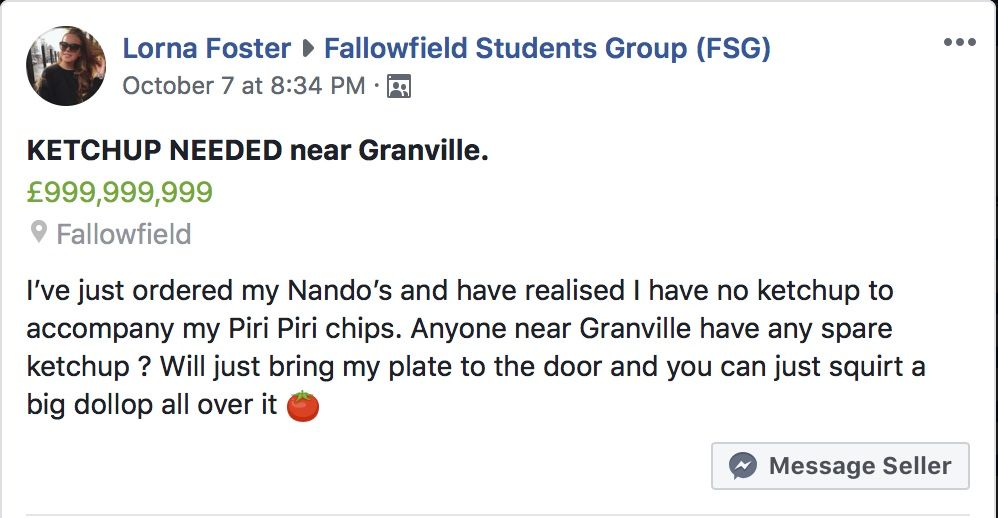 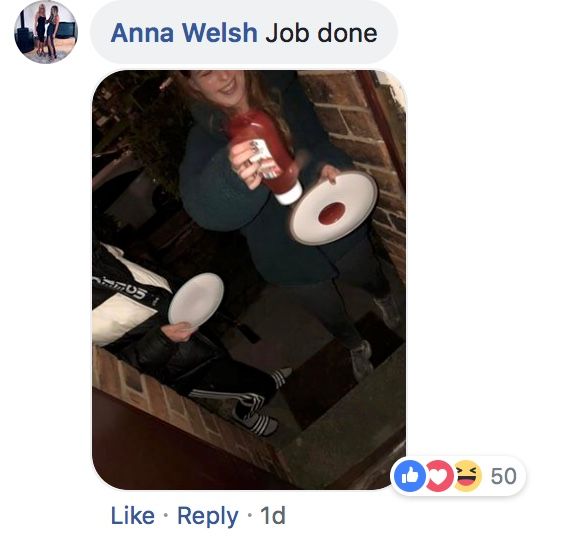 Anna told The Manchester Tab: "Having done an Aldi shop that day we proposed our range of sauces and dressings and they came round within 10 mins for a squirt."

The mission was also mentioned in a tweet that has generated over 24,000 likes, which said: "If this doesn't sum up the student life I dunno what will".

if this doesn’t sum up the student life I dunno what will… pic.twitter.com/vZMxO2Q4yw

Keep being you, Fallow.