WHOSE CAT IS THIS

It all started when University of Salford student, Conor Duff, posted on Fallowfield Students Group about the cat, whom his Derby Road house named "Big Rob General", claiming that the cat belonged to him and his housemates. Conor asked another house not to feed the cat after they attached a note to Big Rob's collar asking if it would be okay to feed her. 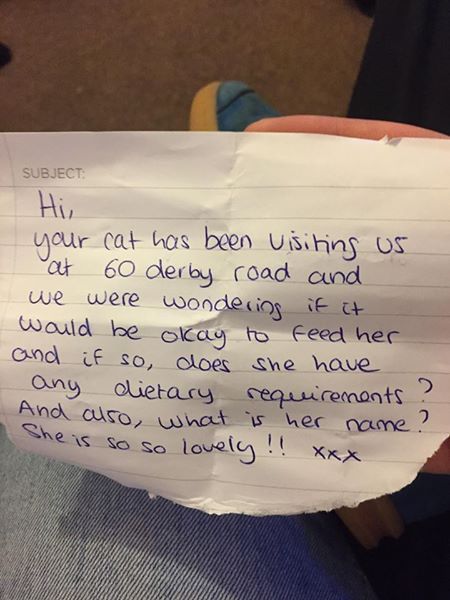 The post started attracting attention, not only because the cat is so damn gorgeous, but because students living on Derby Road began to comment claiming that Big Rob was in fact, their cat, and she has a multitude of names. 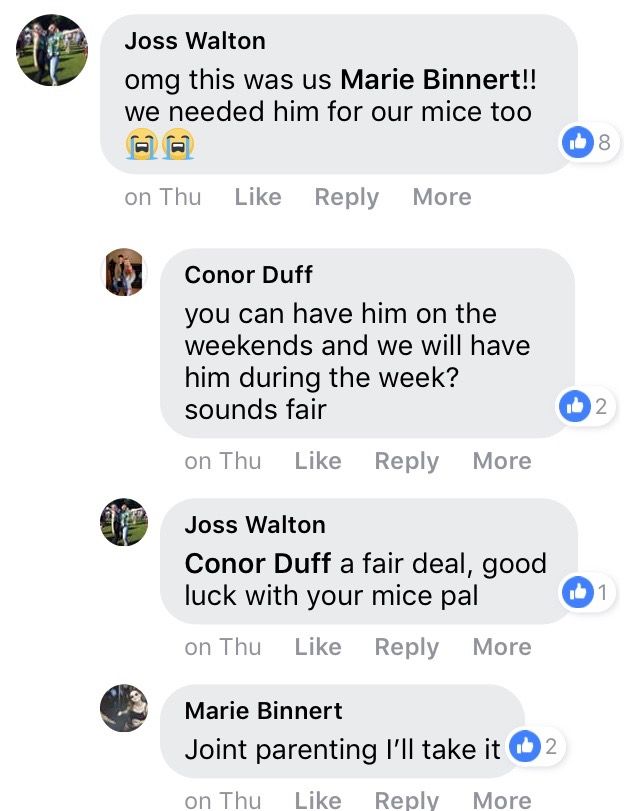 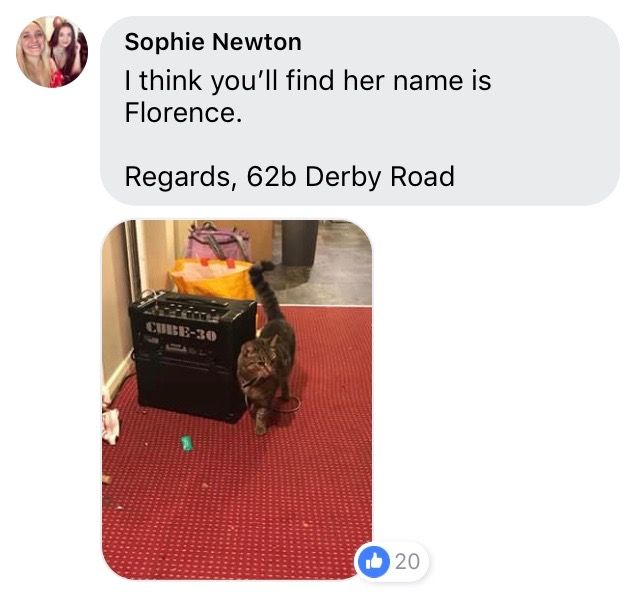 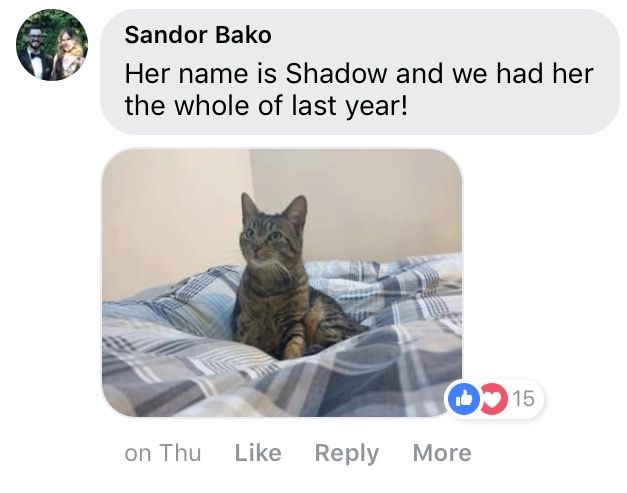 The cat – Salamander, Bernie, Shadow, Florence or Big Rob, depending on which house on Derby Road you lived on seemed to have been getting around. A lot. 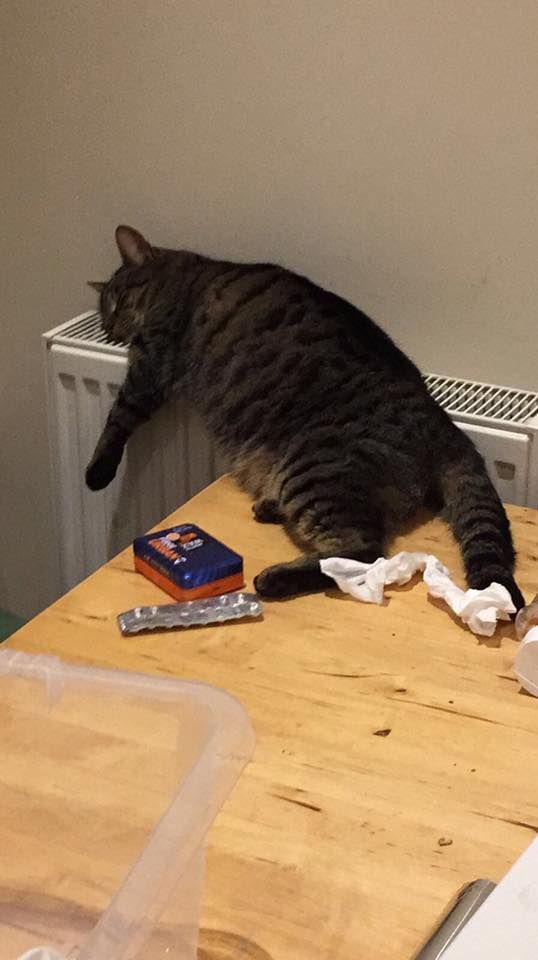 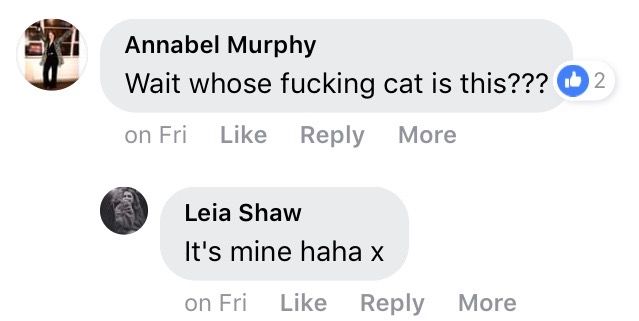 The Tab Manchester can reveal that the cat is actually owned by 2nd year UoM student Leia Shaw, as in she is the actual owner, not just a student who feeds her scraps. Leia told us "she's called Missy, not Felicity or Bob or any other stupid name. And she's a girl. She's also just been treated for fleas, so please don't give her anymore or you'll poison her."

"The whole thing is fucking hilarious, my mum had to move houses and she wasn't allowed cats in her new house, so I said I'd take her to uni with me."

"It was a bit weird at first, having afters and just seeing my cat staring at me judgementally."

"It was all good until she came in wearing a collar and I was like, what the fuck?"

"She basically pisses off for days at a time and then comes back in for a few days. We assumed she was being looked after by some cute little old lady, but then I saw her on a friend's Snapchat who lives down the road."

"I'm genuinely a bit scared that people in the comments think she's actually theirs. My mum and little brother miss her so much and want her back."

"I'm thinking about throwing Missy a party, and inviting all the adoptive parents."