They’re two groups who are often neglected when addressing homelessness

Love for the Streets, a Manchester based voluntary organisation that aims to get more young people engaging with the issue of homelessness, run by University of Manchester students Jack Houghton, Lily Fothergill and Jonah Ogbuneke is holding a conference tomorrow, Monday 4th December to address the issue of LGBTQ+ people and women living on the streets.

Love for the Streets is a campaign which aims to support the work of homeless charities around the city, who not only prevent and reduce the number of people experiencing homelessness – but get people off the streets, and into permanent accommodation for good.

The campaign works to target homelessness on a deeper level, through education about why and how people become homeless and a more personal aspect of understanding – the issues that homeless people face, and how different people are affected by homelessness in different ways, such as LGBTQ+ people and women. 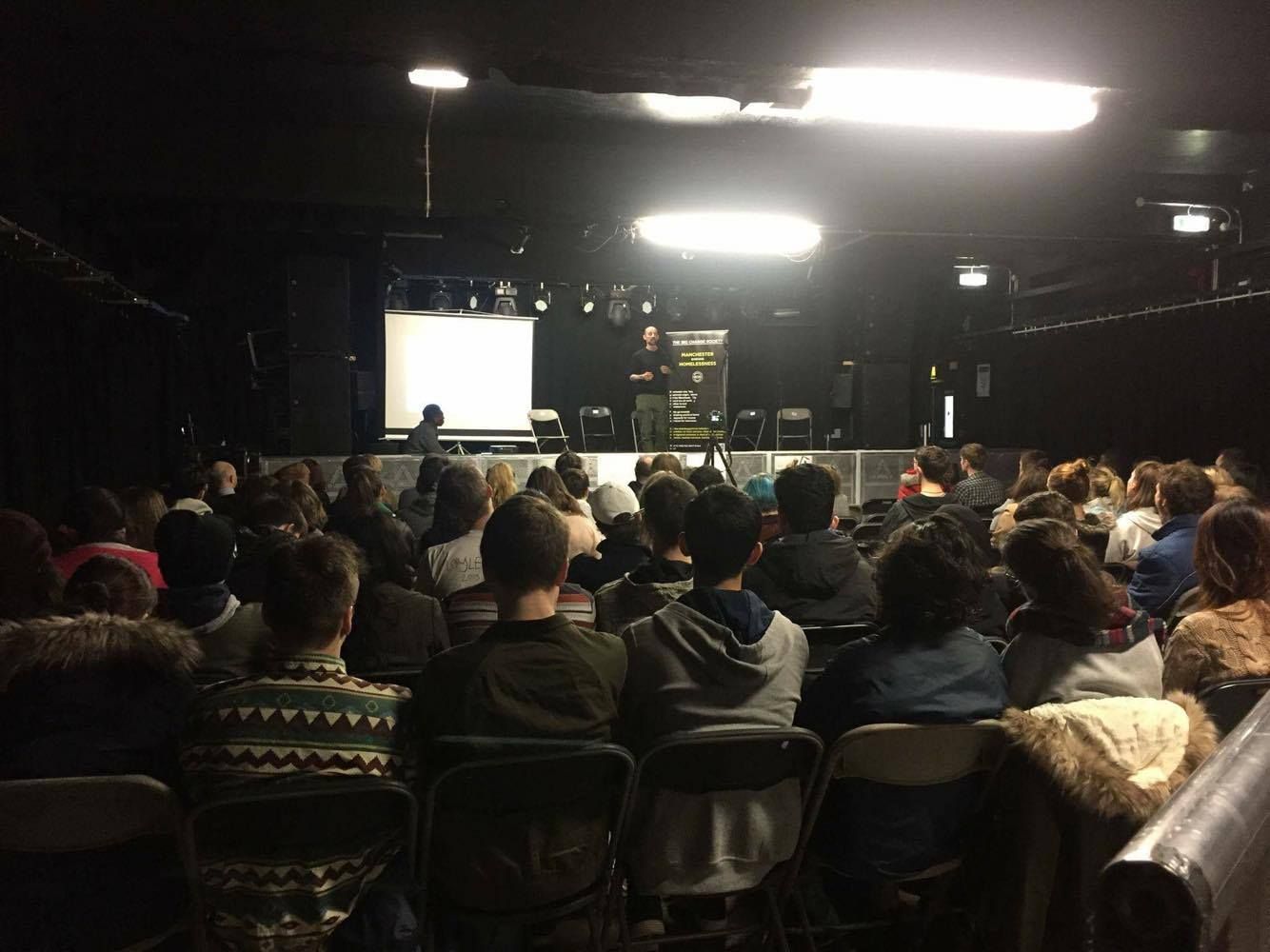 The "Let's Talk Homelessness: LGBTQ+ & Women's Issues" conference will invite guest speakers who have not only experienced homelessness from an LGBTQ+ or woman's point of view, but also speakers from local charities who have worked with these specific groups. The conference aims to explore the experiences of LGBTQ+ and women who are, or have been homeless and gain a deeper understanding of the situation.

Jack Houghton, one of the founders and leaders of the campaign told The Tab Manchester: "To engage people with this issue, the conference speakers will provide an enlightening insight into Women and LGBTQ experiences in the homeless community rarely heard or recorded, drawn from their own experiences being homeless or working for charities tackling the crisis."

"Indeed, while rough sleeping is a major issue, homelessness has a much broader definition. Homelessness includes statutory homelessness in which the council provides temporary housing for those most at risk."

"Those living in Bnb’s, squats, overcrowded housing and sofa surfing are also all considered homeless. Because our perception of homelessness is largely based off the media image of rough sleeping males, our understanding of homelessness is a warped and neglects women and LGBTQ."

"Dispatches estimates that there are around 70,000 women in temporary accommodation, emergency shelters and sleeping on the streets."

"However the actual number is believed to be much higher. Those on the streets will often stay hidden, and many more women will avoid the sexual and physical risks of sleeping rough by moving from sofa to sofa or staying in a squat."

"LGBT people make up 24 per cent of the homeless youth population in the country. Even though the issues facing LGBTQ homeless are so complex, Reduction in government funding to housing providers has led to a drop in the mainstream housing providers targeting services at LGBT homeless people from 11 per cent to 1 per cent in 2013."

The conference will take place on Monday 4th December, 7-9pm at St Peter's House Chaplaincy. Check out the campaign here on Facebook, or here on Instagram, and the Facebook event and details here.