‘We’ve got a warrant to enter and search this property’

The man that the police were searching for was registered at the address, although it's unclear whether the fugitive in question ever actually lived there. His affiliation with this address could mean that he was a former student, perhaps staying longer than his student visa permitted. 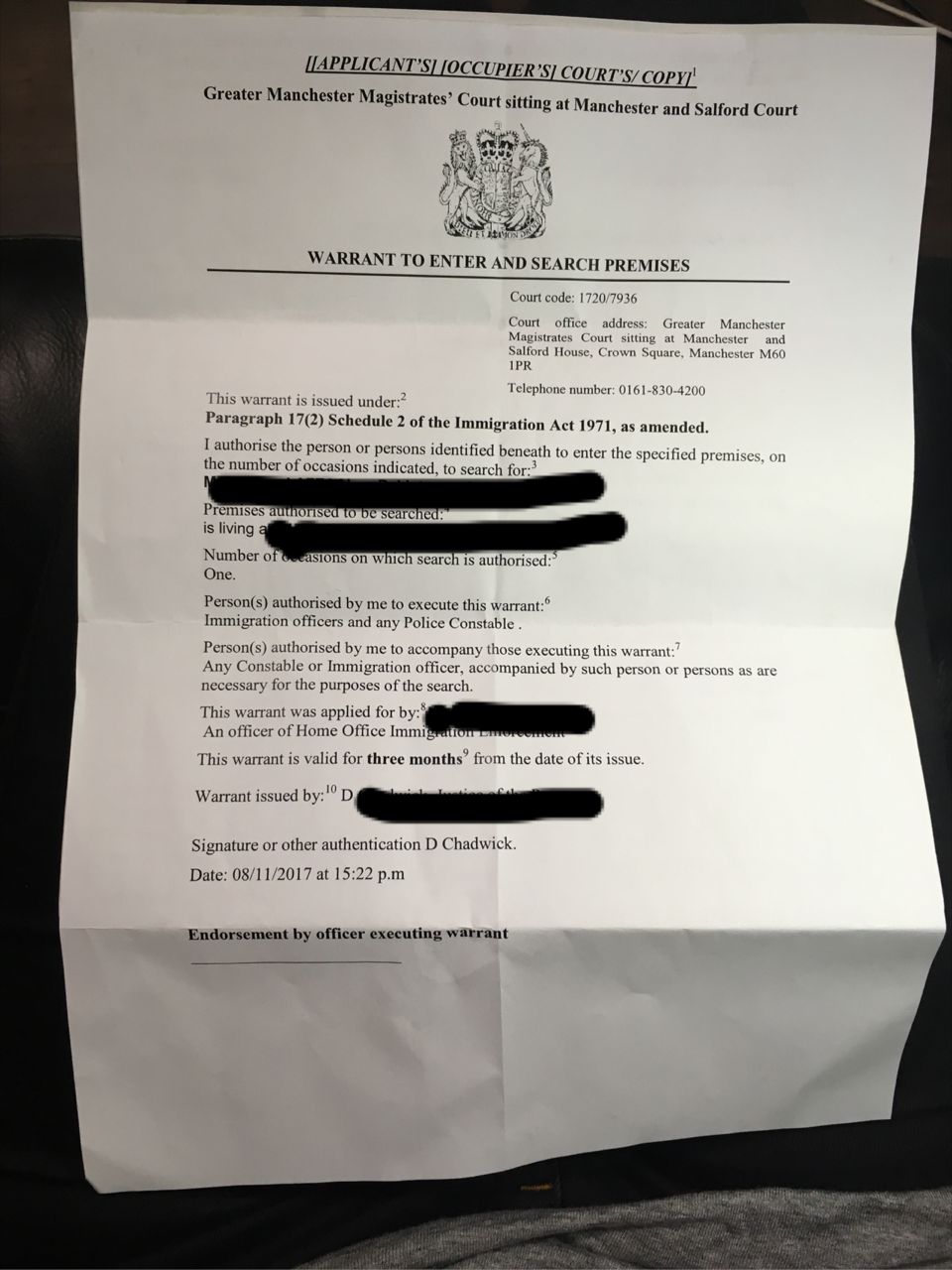 Tom, one of the tenants told the Tab Manchester: "I opened the door and there were four policemen who entered and showed me a warrant, with the name and country of origin of a 29-year-old male, and asked if I had seen him or knew where he was, as he was an illegal immigrant. Then they just started looking around the house.

"They searched the whole house and when it became apparent that the person they were looking for was not here, they apologised and explained that the guy was in the country illegally, on the run from officials.

"We emailed our landlord to explain the event, apparently this happened last year as well.

"We were completely thrown off and had no idea what was going on, most of us were still in bed and we had stuff everywhere. It felt like a complete invasion of privacy but we understand why it happened and hope it all gets cleared up."

The students had been receiving post addressed to the man in question but had presumed he was just a previous tenant.