It was ranked first in the People and Planet University League

Manchester Metropolitan is officially the most environmentally friendly university in the UK, after an incredible climb in the People and Planet University League. 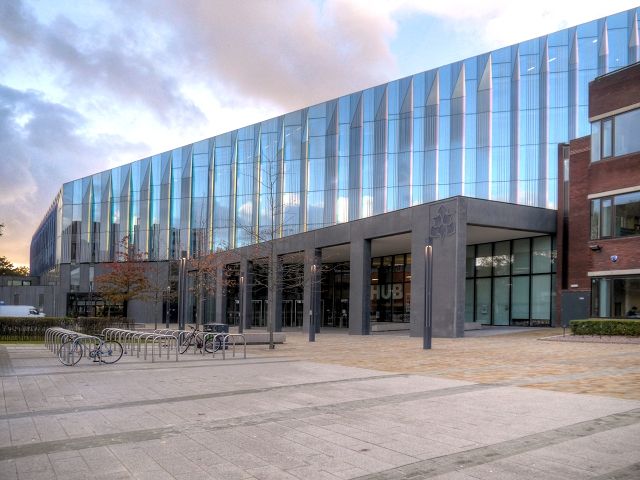 Ranked as 91st in 2013, Man Met is now number one for environmental and ethical performance – the only university to remain in the top three for five consecutive years.

Each university is assessed on a range of factors including management practices, waste and recycling, performance in carbon and water reduction and energy sources. 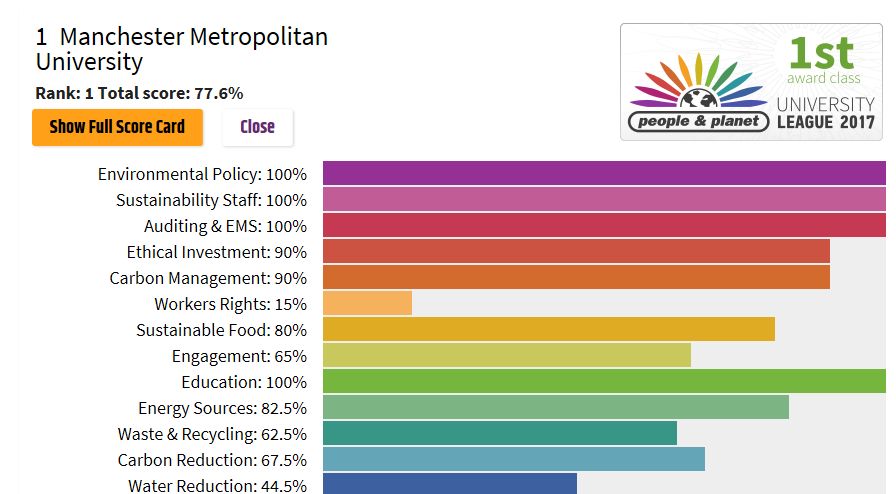 "Being ranked first is testament to the continued commitment of staff and students to addressing the key sustainability issues we face both locally and globally.

"Environmental change and sustainable living are amongst the greatest challenges that we face and we remain committed to address key issues including: reducing our carbon footprint through appropriate management of our estate; developing carbon literacy learning for our students; and supporting innovative solutions through the production of green energy, as evidenced by our new Hydrogen Fuel Cell Innovation Centre".

The university has been praised for its recent sustainability and environmental work, including the MetMunch student food network and the "Give It, Don't Bin It" campaign.

HIGHLY COMMENDED! Highly Commended for #Enterprise ??we are very grateful to all the @TheEAUC @greengowns judges for believing in our vision! Massive thanks to @MMUEnvironment team for educating us for the last 5 years! ?? Fantastic to think that 100 #National #sustainability leaders & judges think we are great team doing amazing #Entrepreneurial work! Thank you all past & present dedicated #MetMUnchers! ?MetMUnch #student representatives made the night super special! Now who is ready for the next chapter? ✊️ We will be having a group celebration in December for all our MetMUnchers to celebrate our achievements over the year- keep an eye on your emails!! #GreenGownAwards #Manchester #Leaders #Blacktie #celebration #certificate #dancing #secondplace #hardwork #awards #awardceremony #dinneranddancing

Hannah Smith, co-director for Campaigns and Research at People and Planet added: "Manchester Metropolitan is showing the sector what's possible when a university community comes together to take action on climate and social justice."