Everything that will happen on a night out at Factory

Spoiler: You’ll regret every part of it

Ah, Factory. It's Fifth's more upscale older sibling, the home of £1 drinks and cheap entry, and yet it's somehow still not worth the £10 you'll spend there. In fact, go ahead and spend £20. The less you remember, the less shame you will feel. Here's a rundown of everything that will happen on a night at the club everyone loves to hate.

You're at pre's without a plan

Whether you're down at The Friendship or Spoons sinking a few pints or just enjoying a few drinks round your mates house, this is how it all starts. You can feel it in the air: you're going out. Fuck it, you're halfway to being pissed already, so why waste it now? In the morning you will look back on this moment, a more innocent time, and wish you'd went back home to do that reading after all.

Someone "knows" a promoter

Antwerp is sold out, Hidden is too expensive, and we don't talk about Fifth. You're getting stuck for ideas on where to go with such short notice. Until, that is, someone pipes up with "I know someone who can get us queue jump and entry for £3 at Factory." No one cheers, but no one says no either. As you take a long hard sip of your drink, you tell yourself it can't be that bad. It was fun in first year, right? 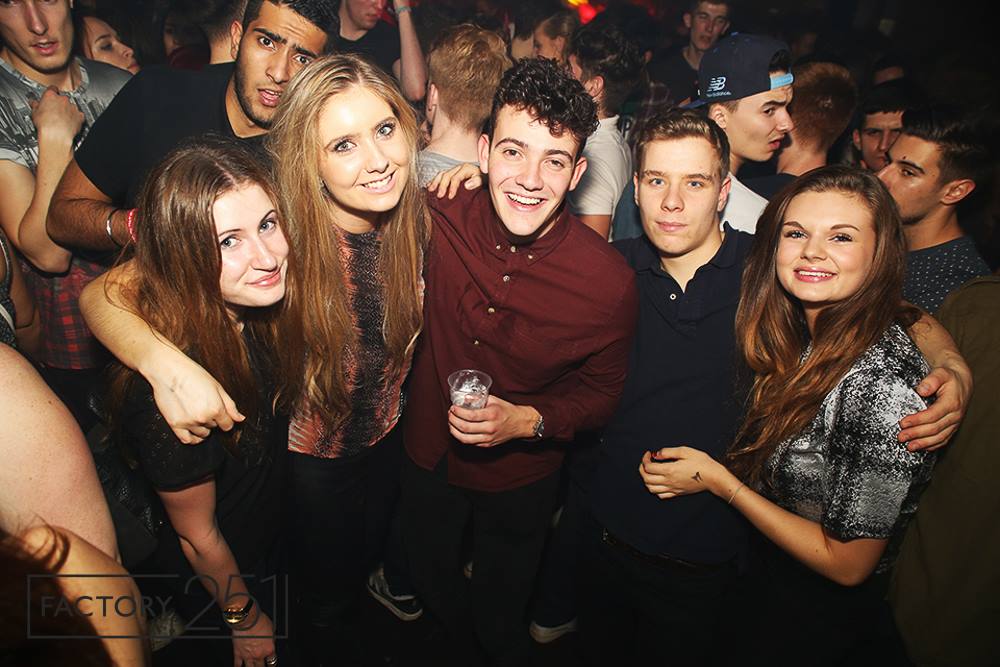 On the bus you start to think, you know, this might actually be alright

It's half eleven, you're all monged on the 143 and Dave has brought out the inevitable "WE HATE TOTTENHAM OH WE HATE TOTTENHAM" chant. There's five on the back seat of the bus, the banter is in full swing, and clutching your road beer you smile and think why you ever doubted the greatness that is F//K TH//RSDAY at Factory251.

You see the queue

You join the queue

Surely all these people wouldn't be there if it's shit? 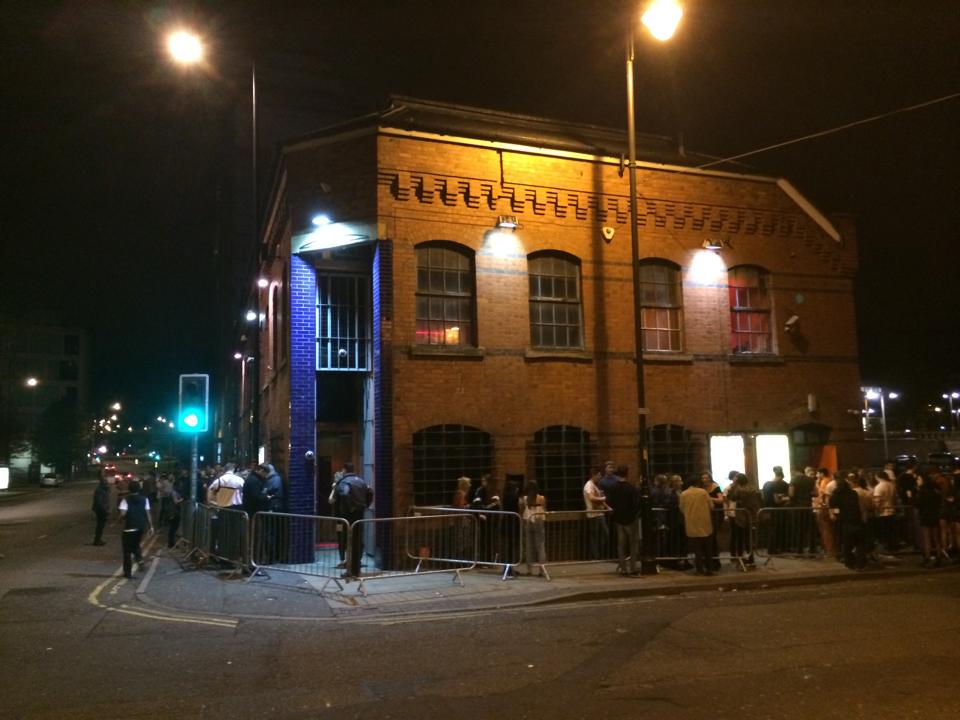 You get in and immediately lose everyone

Did they hit the dancefloor? The bar? The loo? You try and look but it's so fucking dark there's no hope.

Somehow, you spend a small fortune

Yeah the drinks are supposed to be cheap, but somehow you still end up having to pay by card as the night wears on.

Remember when the ceiling fell in? Classic Factory x

There's something satisfying about this part of Factory. It's a great spot to people watch the drunken messes below you and it gives you a sense of smug superiority. At least you're not them, you chuckle, sipping your 4th double vodka of the night and hoping that Jagerbomb stain comes out of your top in the wash.

On the top floor, you sweat out almost all bodily fluids

Who needs a sauna when you have the top floor of Factory? You can smell the perspiration (and desperation) in the air. 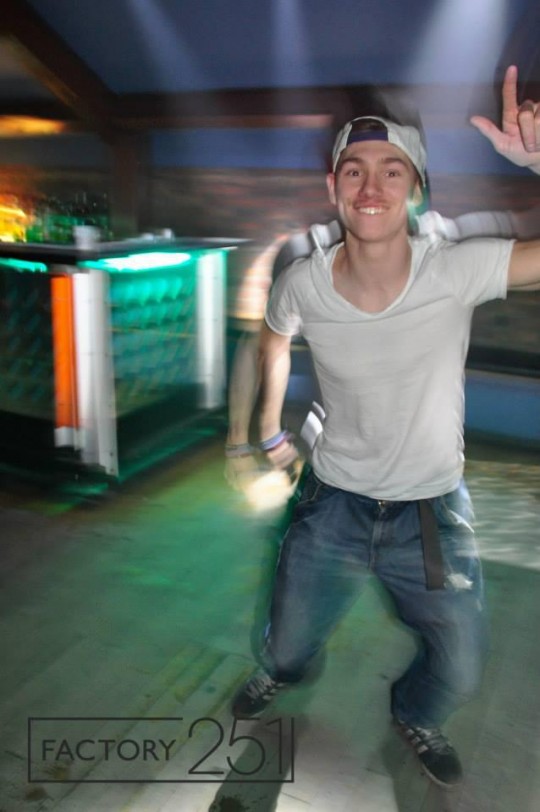 You get lost on the stairs

Is it up? Down?? You were only looking for the toilet, but now you're doomed to spend the rest of eternity going up and down until you become a part of the club itself. Or sell your soul to become a promoter.

The photobooth just seems like a really good, sensible idea

Of course, cramming all 7 of your mates into the booth will work out great. Dave's big mug takes up half the photo, no one is really looking at the camera, and you've just used up the last of your Jagerbomb money.

The bouncers kick someone out

You get crushed in the smoking area

It's half 2, you're tired, drunk and have lost half your mates so you go for a cig. But this is Factory and NOTHING can be done in comfort, so you're squeezed in between the outside wall and the metal barrier separating you from the world outside. Good luck lifting your arm to take a drag without accidentally ashing someone and nearly causing a fight. You stare across the road at Joshua Brooks and Fifth, longingly, imagining the night that could have been. 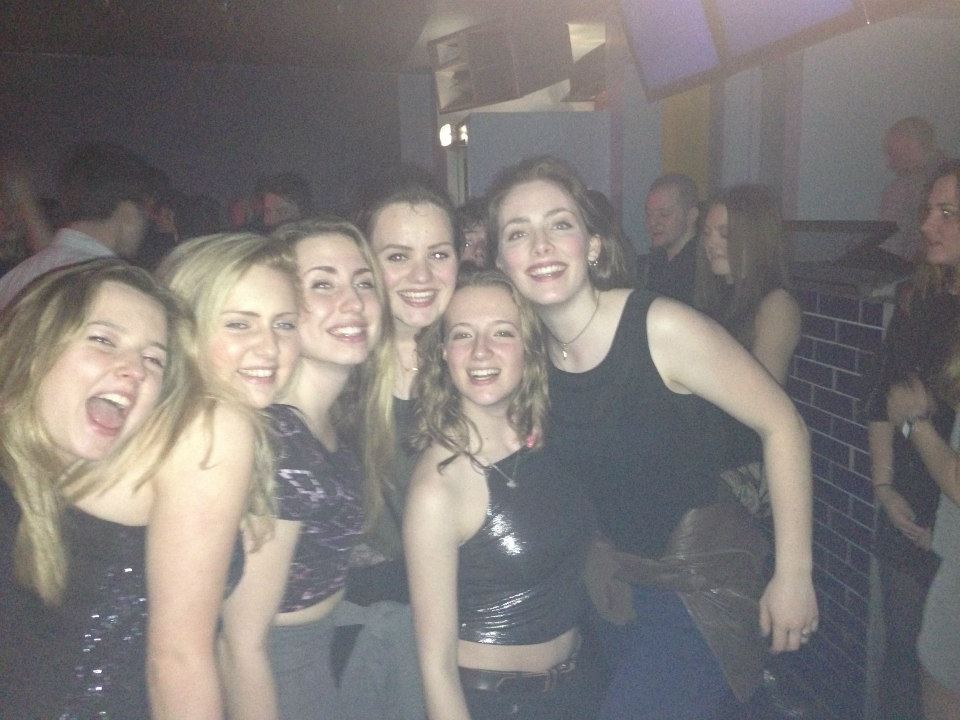 Eventually everyone re-unites and decides to call it a night. At least one of the girls will have been creeped on, someone was sick, and another had to break up a fight. As you get back into bed, you whisper to yourself, never again.

Until next week, that is.