Here’s what we know about the Manchester suicide bombing, two days on

Ten victims have been named

The terrorist attack occurred around 10:33pm on Monday 22nd May when a lone male suicide bomber, named as Salman Abedi, detonated an improvised explosive device which is believed to have contained nuts, bolts and screws in order to cause maximum harm. 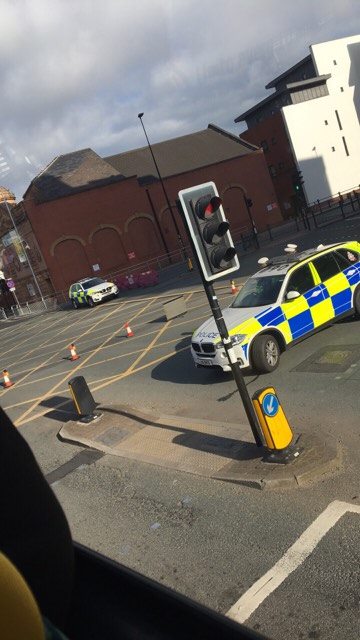 The device exploded in the foyer of the Manchester Arena, resulting in 22 fatalities and 64 injured people. The first victim to be named was Georgina Callander, aged 18, a student at Runshaw College in Lancashire. Eight year old, Saffie Rose Roussos, a pupil at Tarleton Community primary school near Preston was also named as a victim. The third fatality to be named was John Atkinson, 28, of Radcliffe in Bury. 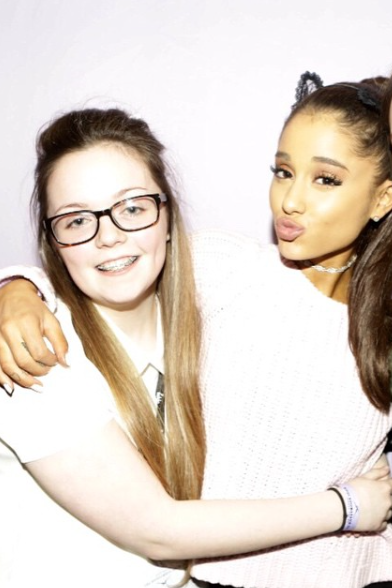 This morning, Olivia Campbell, 15, from Bury was confirmed by her mother to have been killed in the attack. Kelly Brewster, 32, from Sheffield was also identified as a victim – she reportedly “heroically” shielded her young niece from the explosion. Angelika and Marcin Klis, 40 and 42, respectively, a Polish couple from York, are also confirmed to have died in the attack, whilst they waited to pick their daughters up from the concert. Alison Howe, 45, and Lisa Lees, 47, from Royton in Oldham also died whilst waiting to collect their children, who survived. A tenth victim, Martyn Hett, 29, was confirmed by his brother, Dan, to have died.

they found my brother last night. we are heartbroken.

Thousands of people gathered yesterday evening for a vigil at the Manchester Town Hall in Albert Square. Tony ‘Longfella’ Walsh read a powerful poem, including the line “We won’t take defeat, and we don’t want your pity. Because this is the place where we stand strong together. With a smile on our face, Mancunians forever.” 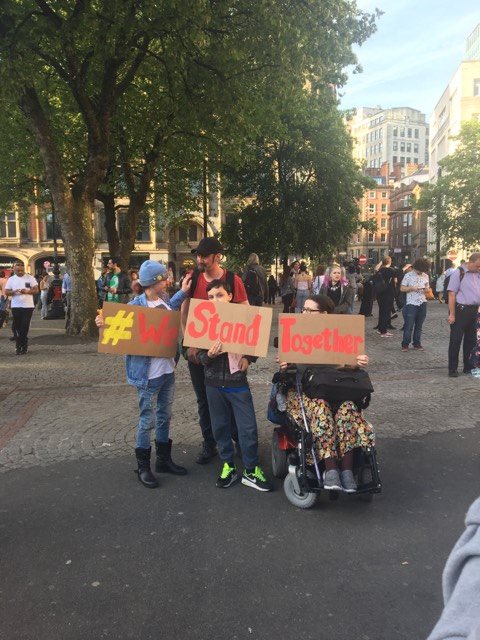 In another show of solidarity, Just Giving page has been set up to provide free food and drink for doctors, nurses, paramedics and other medical staff. People are putting money behind the bar of the Turing Tap, a pub on the site of the hospital, to say thankyou for their hard work and commitment following the bombing. You can donate here. The attacker, Salman Abedi was born and lived in Manchester. The 22 year old was born on 31st December 1994 to a family of Libyan origin. It is believed he has three siblings, an elder brother and a younger brother and sister. His parents had previously been Libyan refugees who escaped Gaddafi’s regime to come to Britain.

A property on Elsmore Road in Fallowfield was raided by police yesterday, an address that Abedi and his family are believed to be registered to. He was confirmed to have been a student at the University of Salford but sources say he started a business and management course in 2014, before dropping out two years later. A childhood friend of Ismail, his brother, who wished to remain anonymous, described Salman as “normal”, stating that “he was always friendly, nothing to suggest (he was violent). He was normal, to be honest.”

Dozens of armed officers here in Fallowfield, where there was a controlled explosion. Detectives investigating #Manchester attack pic.twitter.com/VtlCDAcPa7

Abedi’s 23 year old brother, Ismail, was arrested in Chorlton yesterday, in connection with the terror attack. This morning, it was reported that a further two men have been arrested in south Manchester.

Last night, the UK terror threat level was raised to ‘critical’, as police tried to establish whether Abedi was acting alone or as part of a network. Prime Minister, Theresa May said that this was “a possibility we cannot ignore”.