They were called at around 7:20pm

Fire crews were called to the scene at around 7:20pm after reports of flames on the seventh storey. One eyewitness told MEN they saw “concrete debris falling from the upper section of the building”. 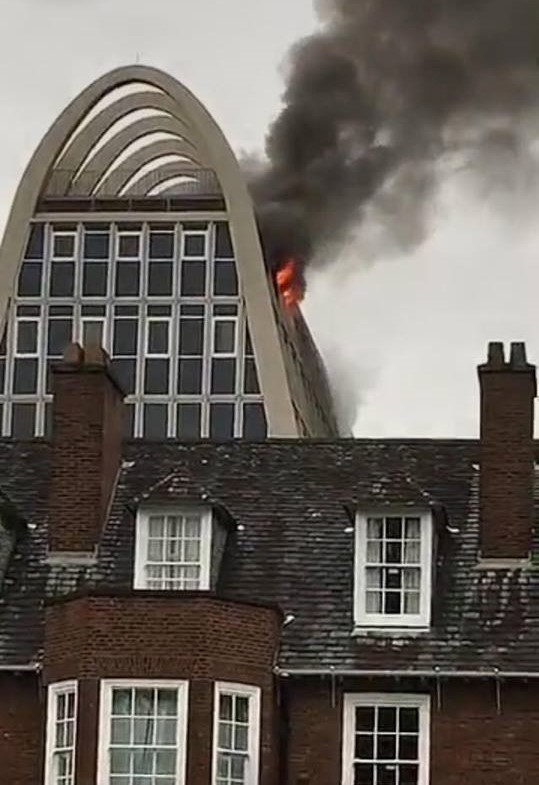 Manchester Fire tweeted at 8:09pm to ask people to stay away from Old Hall Lane in Fallowfield, where the building is situated, stating that they had six pumps dealing with the fire.

A total of six fire crews from across South Manchester were needed to extinguish the fire, with the fire service announcing around 9pm that it had taken around an hour to bring the situation under control. They added that “six crews remain at the scene but the incident will be scaled down over the next few hours with some firefighters staying to damp down and monitor the building.” 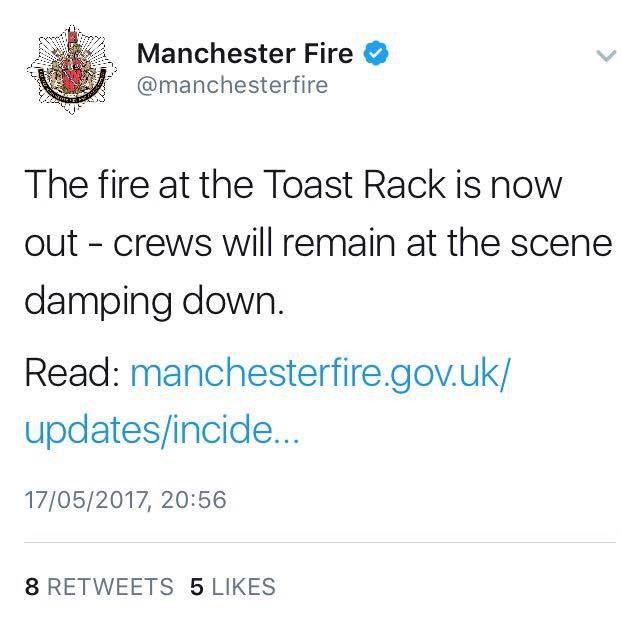 Fire investigators are currently examining the building in order to establish the circumstances behind the blaze, as well as assess the extent of the damage. However, the same eyewitness told MEN that it “It’s not uncommon for trespassers to get onto the site and into the building.

“There are one or two unsealed access points where people can get in. I’m just glad the fire brigade arrived quickly and were able to put it out before it caused too much damage. It would have been a tragedy if it had to be knocked down.”

Given Grade II listing in 1998 by English Heritage who described the building as “distinctive and memorable”, it was sold by Manchester Metropolitan for £5m to developers in 2014 who plan to convert it into a gym, a coffee shop and 200 flats.