The full line up for Pangaea – Castaway has been announced

Vote in the general election then get your groove on

This summer’s Pangaea festival, themed ‘Castaway’, will take place on 8th June, the day of the general election.

The festival will run from 9pm – 6am and will take place at the Students’ Union, as always.

The Pangaea team have just announced the full line up, which can be seen here: 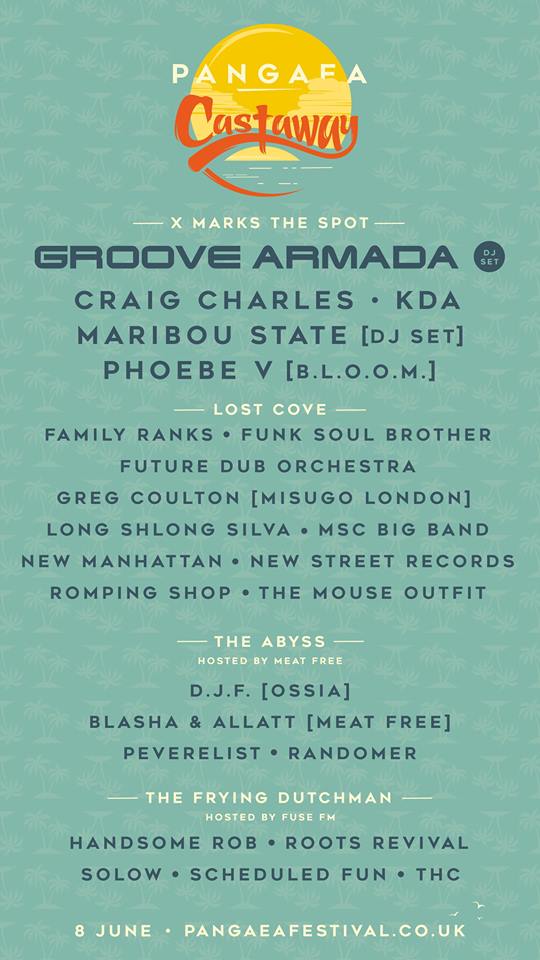 Although it has a smaller line up than usual because of the Students’ Union refurbishments, this summer’s student-run festival is not one to be missed. Headlined by Groove Armada and featuring many local artists and up and coming student DJs, we’re ready to sail into summer the only way we know how.

Craig Charles is even going to be there. I don’t think there’s anyone I’d rather be shipwrecked with.

Tickets are available here and cost £28.