Tayyib Nawaz, the recently elected Manchester Metropolitan co-chair of Manchester Labour Students has resigned after a series of anti-Semitic, homophobic and sexist tweets were discovered on his Twitter account.

The tweets, which were uncovered last week, included posts that said that Hitler was a Jew, used the word ‘fag’ in reference to gay people, and even stated that he would slap his future children if they supported gay or women’s rights.

After the tweets were discovered, a Manchester Labour Students meeting was held on Monday night, with a motion, initiated by University of Manchester Labour Students Co-Chair Zak Deakin, calling for Nawaz’s resignation. This was backed by the committee, resulting in the forced resignation of Nawaz as co-chair, a role he was only recently elected into. 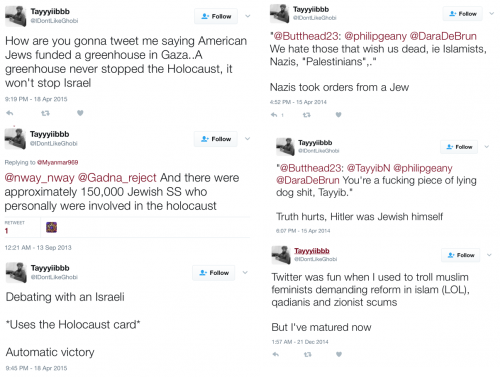 According to MLS Campaigns Officer, Marley Bennett, “Tayyib says that the main reason he ran for Chair is to pass BDS policy (at MMU). It is clear that he did not have our Labour values to heart when he did so.”

“The tweets that have surfaced in the last few days are completely abhorrent.

“Tayyib’s views have no place in the Labour Party and the fact that they came from an individual who holds an elected role within our movement makes it even more sickening.

“I stood on a platform of tackling anti-semitism and so I’m incredibly dismayed and frustrated that I once again find myself having to make a statement in regards to this blatant racism: I can only apologise to Jewish students who have again had to be put through this.” 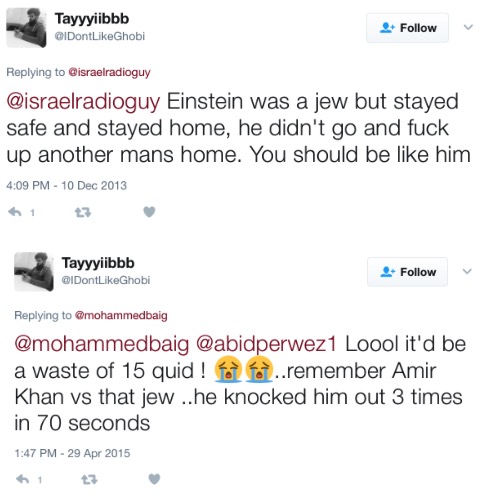 One tweet from Nawaz even compared Israel to ISIS stating: “ISIS is not a democratic organisation like Israel but both murder civilians and claim their authority is from God”, whilst another tweet on 1st April 2016 compared Israel to Nazi Germany – “the same victims of the Holocaust are now murdering and ethnically cleansing Palestinians…The irony.”

Nawaz’s posts were also criticised by Leoni Benabú Morales, the President of the Manchester Jewish Society, who said that Jewish students in MLS “have already raised concerns about his election and what that means with regards to the increasing number of Anti-Semitic incidents in the Labour Party.”

“Claiming that Hitler himself is Jewish and comparing Israel to Nazi Germany is an insult and should not be tolerated from anyone, much less someone who is meant to represent our students. For us, it is of uttermost importance that Jewish students in Manchester feel safe, and we believe that this is a step backwards in achieving that. The JSoc will not stand for this kind of racist behaviour”.

“On Monday afternoon Manchester Labour Students were made aware that an article was going to be published in The Mancunion in regards to remarks made by the recently elected MMU Co-Chair Tayyib Nawaz on Twitter.

We were sent evidence of these tweets, which run from 2013 up until the September of 2016, and there is no doubt that they are deeply offensive on a number of levels. The views expressed in these tweets are grossly anti-Semitic, homophobic and sexist: nobody should be… in any doubt that they have no place in our club or our party.

As Manchester Labour Students we must always fight against all forms of oppression and do our upmost to be a safe, progressive space for people of every religion, race, gender and sexual orientation. We have thus taken this matter very seriously with the committee meeting for an emergency session on Monday evening. In this meeting I asked the committee to back my calls for Tayyib to stand down from his post as MMU Co-Chair of Manchester Labour Students, this was unanimously agreed and last night we were informed by Tayyib that he would be resigning his post.

We have cooperated fully with Manchester Metropolitan Students Union to ensure that this matter continues to be taken seriously. We will look to hold an election for a new MMU Co-Chair at a convenient time in the future.