The University of Manchester has climbed three places in the Complete University Guide’s 2018 rankings to become the 22nd best university in the country.

The release of the annual league table has shown, yet again, that Manchester is the place to be. With an overall score of 808/1000, Manchester has overtaken other redbrick universities, Edinburgh and Southampton, and only narrowly ranks behind King’s College London. Always in the top 30, this 2018 ranking is Manchester’s best score for over five years. 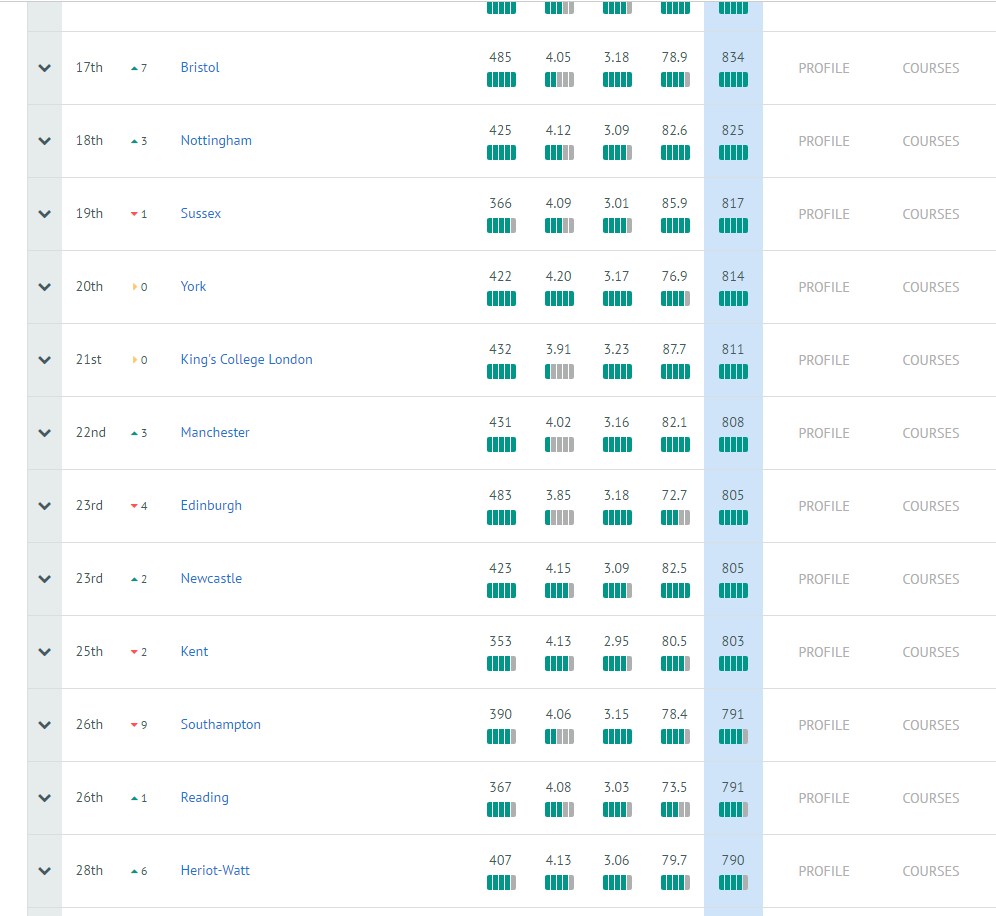 The breakdown of the score includes: 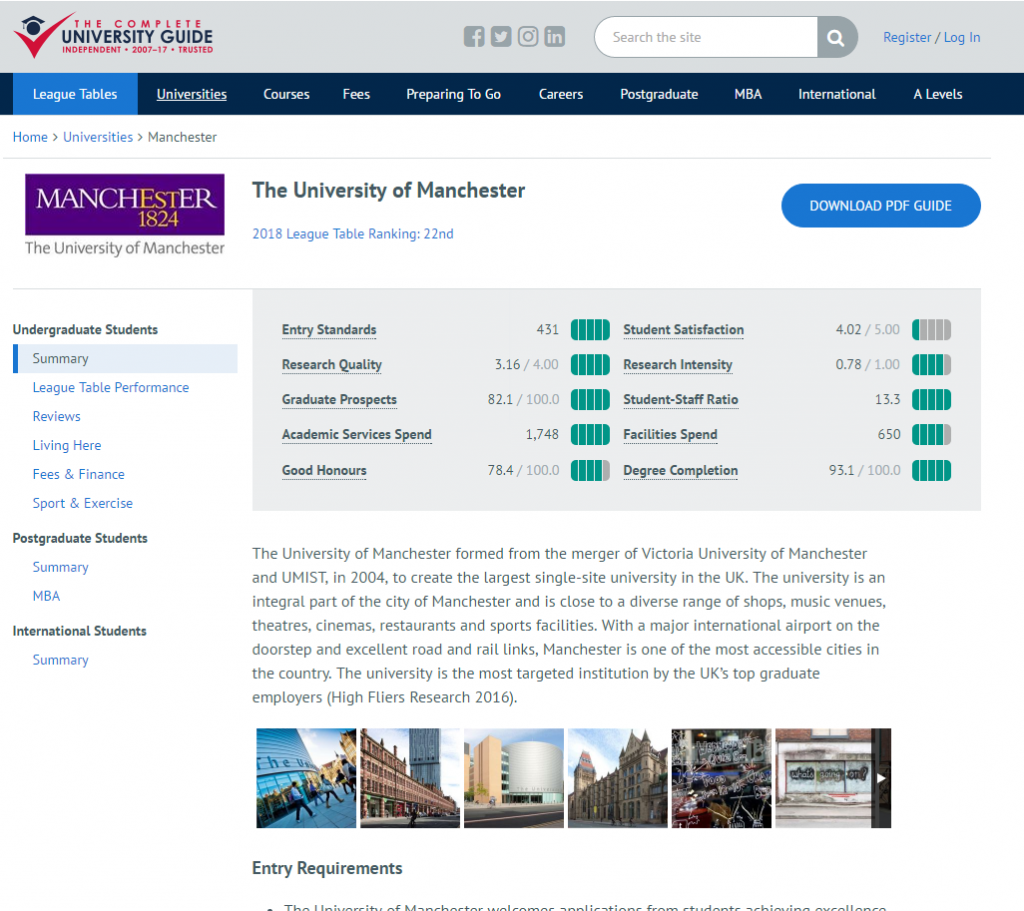 Unsurprisingly, Cambridge and Oxford remained in their positions as first and second respectively, followed by St Andrews, who overtook the London School of Economics to take third place. Meanwhile, Man Met have dropped five places to become 62nd in the UK, whilst the University of Salford also fell by three places to 98th.

Dr Bernard Kingston, Chairman of The Complete University Guide, said: “This year there is a considerable degree of stability at the upper end of the league table, as in the past”.

“This stability, while it may not attract the headlines, demonstrates that the rankings fulfil our principal objective – to provide credible and freely accessible information for individuals seeking a university place.”