A guy and his two friends managed to queue jump at Manchester club Factory by claiming he was a brand new cast member for the popular MTV reality show, Geordie Shore.

Peter, who goes by the Twitter name @PeteGShore, messaged the club on Twitter, who said he could bring eight friends to the guest list entry to skip the massive queue. 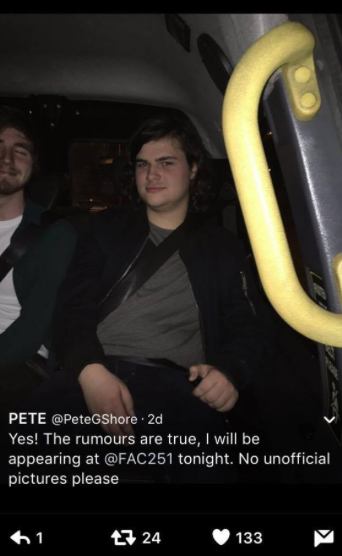 PeteGshore out on the toon

Rahul Kapoor and Charlie Sands, friends with Pete at the time told The Tab Manchester: “The Factory Twitter page has been following us for a couple of months, so we decided to DM them, as the queue was massive to try and blag our way in. They messaged us back saying to go to the guest list queue, and all eight of us got straight in – it was brilliant”. 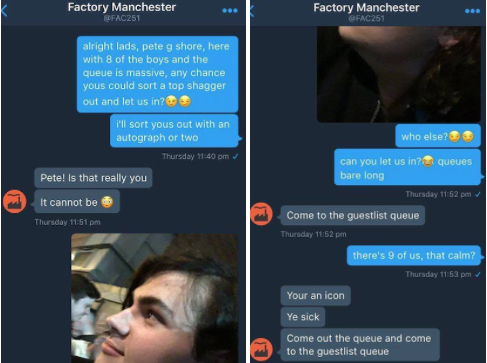 But who really is the notorious PeteGshore? A first year from Sale, Peter is just a normal guy who attends The University of Newcastle. PeteGshore however, is a “certified lad”, who should “have a degree in pulling women”. He’s the brain child of Peter’s two mates from Sale, Rahul Kapoor and Charlie Sands.

They told us: “Peter’s a friend of ours who goes to Newcastle uni, we had this account a few years back where we’d just have a bit of banter about him, then when he went to uni in Newcastle, we decided to resurrect the account for a bit of fun.”

As you can see, PeteGshore is an icon. Donning 330 followers on Twitter, his bio tells us “Pete=the definition of the sesh.. I do what every other lad does I just do it on TV..my views not those of MTV.”

PeteGshore regularly enjoys surprising fans on numerous occasions at clubs such as 42’s. He also enjoys re-fueling at Almost Famous, after a tiring day of being a full time legend.

Pete and his fellow cast mates

Pete gets up to many adventures with his fellow Geordie lad, including holidays with his best mate Gaz Beadle 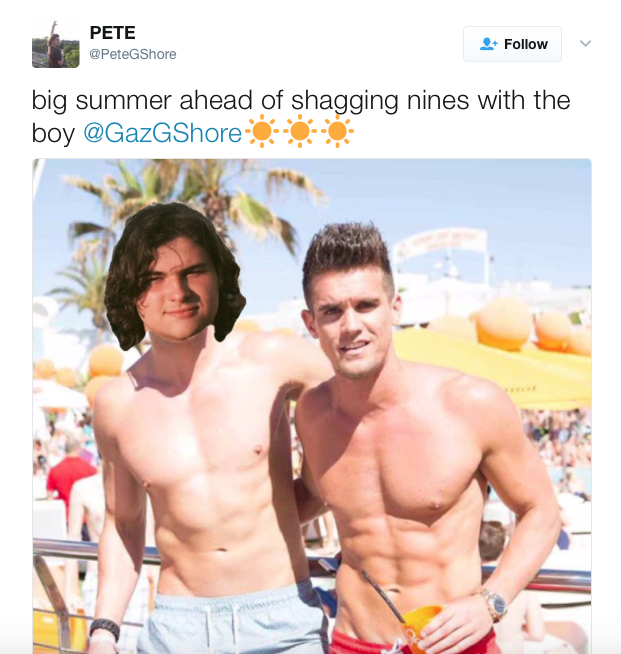 Don’t be phased by Pete’s high life however. He’s still your fun-loving lad, just looking for a night out on Manchester toon.