It happened last Thursday in Fallowfield

Police are calling for witnesses after robbers threatened a cash-in-transit driver with a baseball bat on Thursday in Fallowfield.

It happened on Wynnstay Grove, just off Wilmslow Road. According to reports, they raised the baseball bat to the driver and demanded he open the cash box. After telling them he could not open it, they took the cash box and ran away. 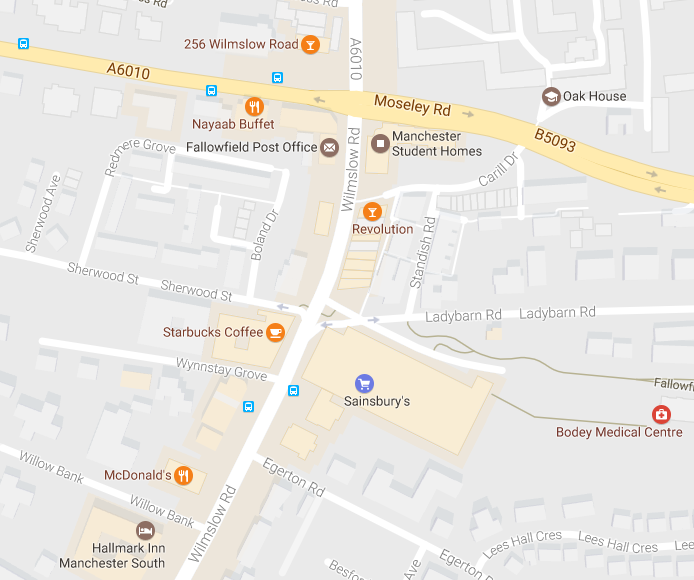 The driver is apparently physically unharmed but very shaken up.

The two robbers are believed to be white men in their mid to late twenties. One is believed to have black hair with thick black eyebrows, in an all black outfit.

The other is described as tall with a skinny build, wearing a black jacket, black beanie hat and dark bottoms.

Police are asking for any witnesses to come forward with information.

Coronavirus cases at MMU halls after parties of over 100 people