Every type of person you’ll find in your lecture

Lectures, a long but necessary part of the whole ‘uni thing’ (yeah, you do that now), which,  depending on you and your subject, can either make or break the university experience. However, one thing that will never disappoint, is the array of personalities that on are on display, for the 1-2 hour periods you voluntarily endure, in HM Prison of Education. After some extensive research (people watching), here are the 9 individuals you’ll definitely come across in the lecture hall. Sorry, but categorising had to be done…welcome to the University of Meangirlschester.

The know it all

Need I continue? If your hand goes up more than twice in a lecture, for any other reason than asking to go back a slide, I’m afraid to say this applies to you. As much as we all appreciate gaining new knowledge, and ‘making the most of the £9,000 a year that we’re spending’, (which we never shut up about), no one wants to hear your verbal diarrhoea at 9am. Although you may not agree, telling people that they’re wrong isn’t going to make you any friends and one overly passionate lecturer with an annoying voice is quite enough. 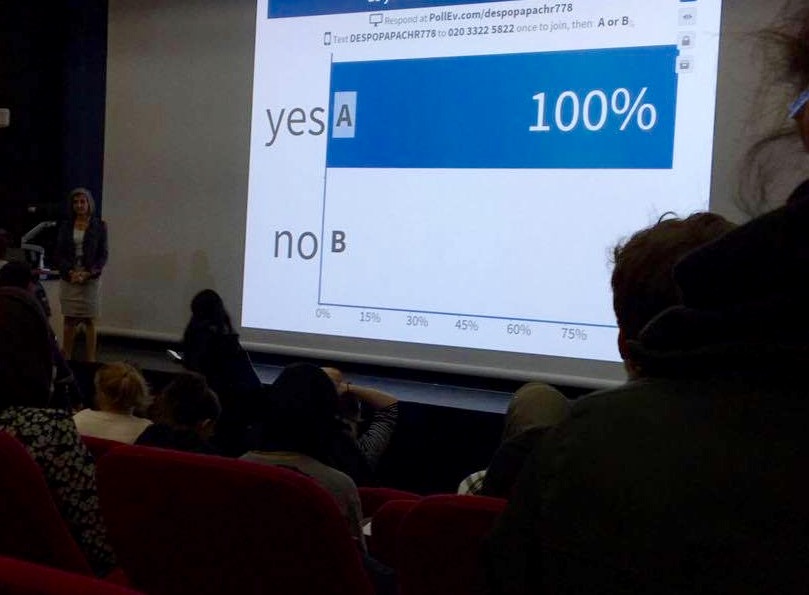 What percentage of you deffo don’t want to be in this lecture?

It’s seldom that one actually catches a sighting of these incredible (but surprisingly unrare) creatures. Lecturers look relieved to find you’re alive, people have no clue you’re on their course, until you turn up for the last lecture of the semester because ‘exam advice’, and when you graced your peers with your presence in a seminar that one time, after being ‘ill’ the whole term, you still managed to have ‘technical issues’, when trying to open the reading on Blackboard. One job… you had one job.

In lectures, you are one of two comedians. Either the natural born comic, the Robin Williams of the room, you answer and ask all the right questions with a witty edge, and might even get a giggle out of the lecturer if they fancy you. Or alternatively, you are the Harry Hill of the hall, you do the most to make your question/answer hilarious, but take too long to get there, and use you and your friend’s inside jokes as your punchlines. Sniggers are the only form of laughter you receive, but being so wrapped up in your own ‘genius’, you don’t realise. Apologies to anyone that actually likes TV Burp. 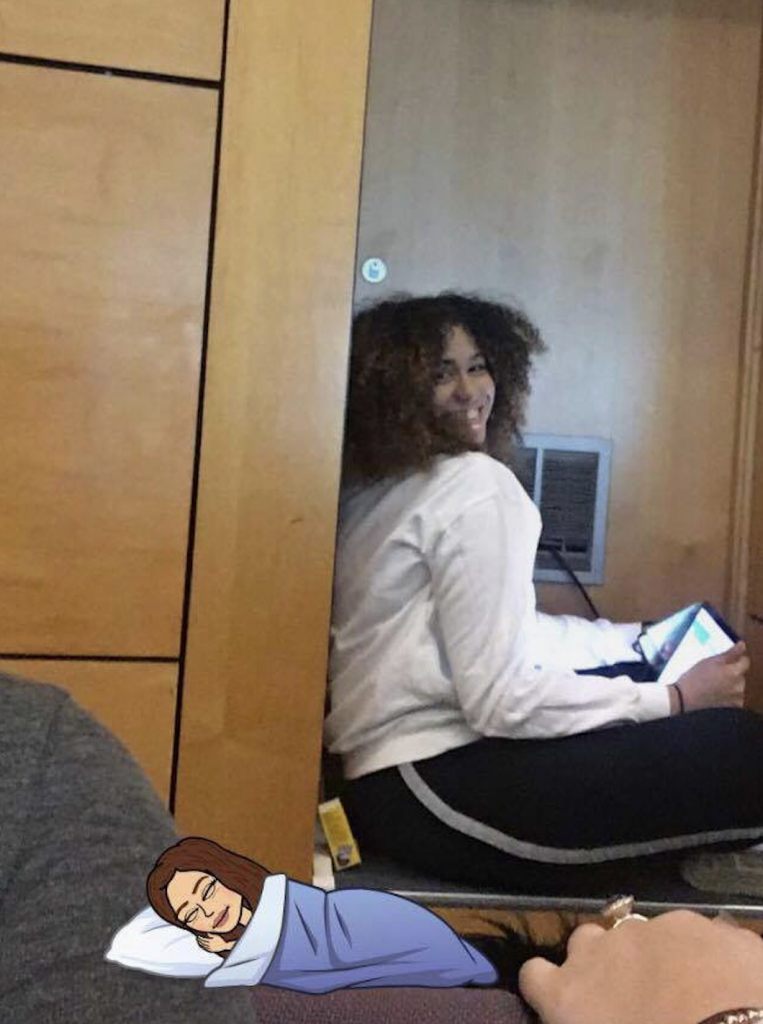 Sitting in the latecomer spot of shame…who needs a desk anyway?

There exists currently, two types of latecomer. Simply, the ones that care and the ones that don’t. If you either arrive adorned strategically in gym gear, which says, ‘I may be late but at least i’m 0.02 pounds lighter than you’, and swan down the stairs of the theatre without a care in the world; or turn up gladly bearing the face of flawless makeup and/or sipping nonchalantly on the hot beverage which made you late, (yes we all know it’s a meme), the former applies to you. If you are a carer however, being late isn’t what you wanted. You’re just a bit disorganised, and your love for those few extra minutes in bed, outweighs the awkwardness you’ll feel, having a room of disapproving eyes burning into your back, as you’re forced to find a seat much closer to the lecturer than you’re comfortable with. You often mutter a flustered excuse to validate your lateness,  like ‘the bus took an hour to arrive’ which no one asked for ,and which is usually not the truth. That being said, the busses of Manchester often leave something to be desired, so you may have a point there.

You believe yourself to be a member of an elitist impenetrable clique, incapable of wrongdoing and promoter of perfect lecture hall etiquette. Arch enemy of the latecomer, you are responsible for the sarcastic shout-whispers, and cut eyed looks which say, ‘he’s always late’ and ‘ooh someone’s early’, you never pack up before the lecturer’s finished reading their 60 slide presentation word for word, and you make a point to leave out of the correct door because it’s the right way to go, even if it does add a few extra minutes to your commute.

You want the juror status but without the commitment. You come in for the sake, just to say you go to uni. When In actual fact, the lecture hall for you is nothing more than an extension of your bedroom, but with elongated sofas. You spend more time refreshing the timeline than refreshing your memory on what you learnt in the previous lecture, and use the fact that you’ve already signed the register, and can ‘easily listen to the podcasts’ (which you never do), as the perfect excuse to kick back, relax and catch up on Narcos, First Dates or whatever other dangerously addictive programmes you’ve been watching, while pretending to work.

You are the average Joe, not a ghost but not overly keen, you take just enough notes to revise from, but purposely ‘forget’ to do the tutorial tasks, because well… ‘work/life balance’. You can afford to act like you don’t care, you’re smart enough to sail comfortably through with a constant string of mid 2:1’s, after not doing any work, but a 60% still burns the inner academic that you deny lies deep within. 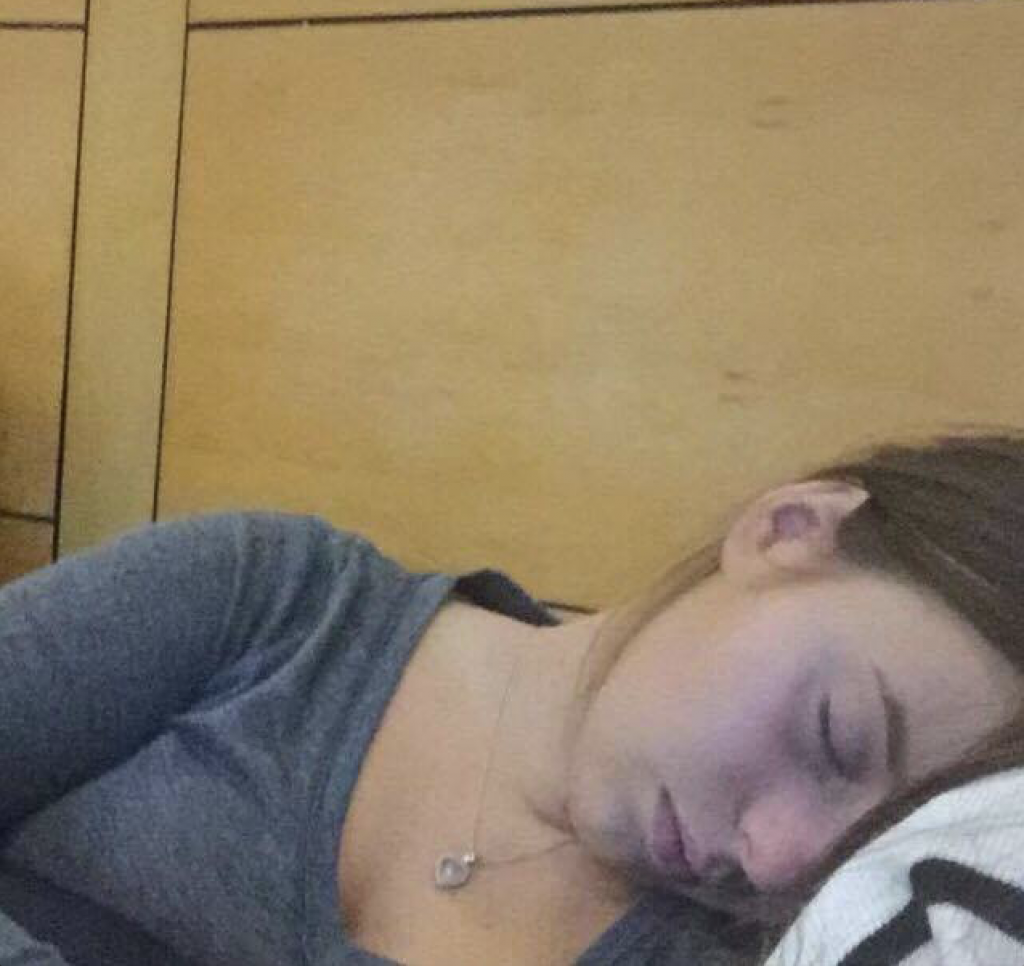 The hot mess and the sleeper usually come as one unshowered/disorientated bundle. You are more often than not, drunk from the night before, you don’t know why you’re coming in, but realistically you’re not going sleep before your 10 am, so why not? You’ll scrawl your signature on the name sheet, after forging your friends’, who isn’t as drunkenly dedicated as you are, put your head on the desk, and the rest is history; to be fair, they didn’t say you had to be awake to be present. You can be a sleeper without being a mess though, and just nap through all your lectures, but if this is the case, you should probably see someone about that…

You bring the rustling bag containing the onion, tuna and curry combo sandwich, you whisper just a bit too loud for it to be acceptable and your phone is always on the loudest setting and goes off at least three times. Your peers wonder how such a, let’s say, ‘aromatic’ individual, with no ability to keep their voice down, could be so popular. You’re annoying, and you know it. Do you care? No.