We asked you for your worst dating stories

This is a shoutout to my ex

When reading about a guy requesting a £3.50 refund from a woman who refused a second date with him I realised that I could probable write an entire article of the fuck-boy antics I have experienced. However, I realised if I wrote out every single thing then I’d have nothing to put in my memoirs. Girls can be massive knobs too (I went to an all girls comprehensive – I should know) and I reckon that it could be therapeutic to tell the world all the terrible dating experiences we have all encountered – that or everyone that I interviewed will all get nasty messages from their exes after they read this article, but ho hum Carrie Bradshaw’s boyfriends never seemed to mind on Sex and the City.

The first thing I learnt was that whilst I find the majority of my stories rather funny, most people I asked were still bitter af about stuff which made it hard to find actual interesting/amusing anecdotes as everybody seems to think the most minor thing is THE WORST THING TO EVER HAPPEN TO ANYONE EVER. I’ve decided to skip the ones who said something along the lines of ‘he said he needed space but then broke up with me wtf’, that’s just a cowardly yet kind attempt to dump someone without having to actually do it and I was searching for the real dirt. 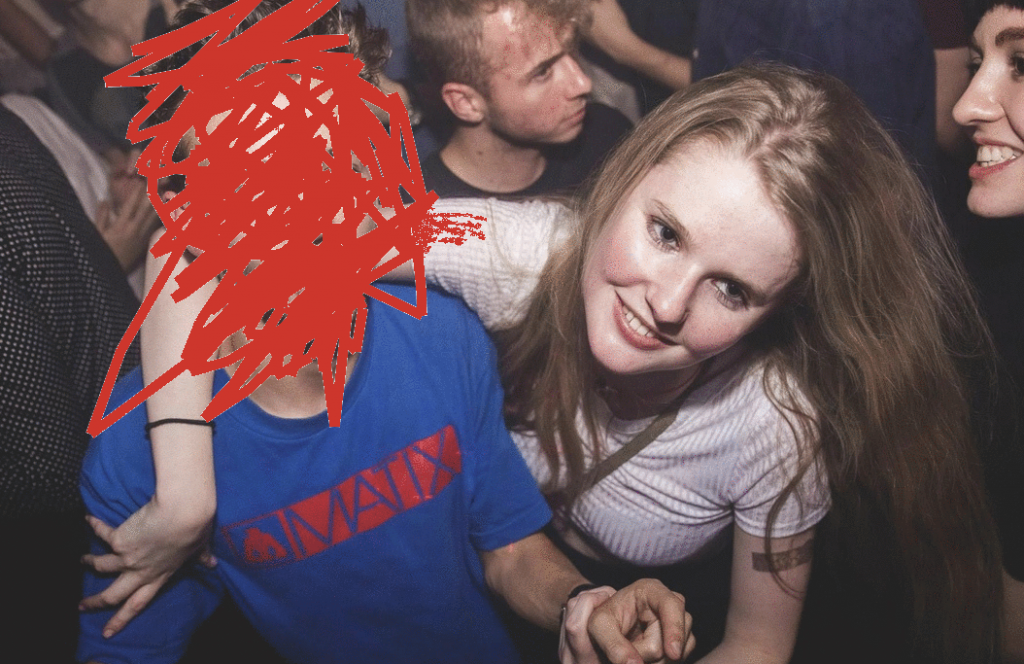 “I slept with this guy that I met on a night out, didn’t think much of it but he insisted on giving me his number. A couple of weeks later I went out my friends thought it would be really funny to send a text to every guy they knew I’d slept with. I completely forgot about it until the next day when I got a couple of texts back from exes who all knew that it was a joke, but when I went to message the one night stand guy to apologise and laugh about it I realised that he had blocked me on WhatsApp! Thank God I wasn’t knocked up, I haven’t heard from him since and sometimes I wonder if he he thinks I actually had his kid and I kind of feel resentful that he isn’t sending me child support for my fictional baby.”

“Dated a girl for a while who I met at Pride, texting loads and a couple of dates, then she ended up getting with and eventually dating my close male friend for a year. They met at my birthday party.

What added to the scandal was the blatant biphobia from both of them. She told him at the same party that she was straight and could only develop feelings for guys and yet was still flirting with me that night and he accused me of ‘trying to go lesbian’ thinking I was bitter over my last break-up. Horrible people not spoken to either of them since.”

“On Valentine’s Day, when I was 14, I met up with a boy at night and we went for a walk around some fields. This was in the twilight era so I thought it was so romantic to lie in a field looking up at the stars, until he ran off and left me there alone in the dark. I started to walk home down the dark scary path after a while of shouting out his name, then he jumped out at me to scare me, then ran off AGAIN and went home! To make things even funnier, this Valentine’s it came up on my Time Hop, six years ago I put on Facebook ‘I’m all for kinky chasing games but don’t leave me in the dark you prick’ (lol as if 14-year-old me even knew anything about ‘kinky chasing games’) and he had the audacity to like it.”

“A mate of mine was going out with a girl who could tell she was about to get dumped. In order to delay the inevitable she told him she had cancer and that she needed him. She even took a picture of herself in a bed and sent it to him saying it was her in hospital in the children’s ward (we were 16 at the time). He started to get suspicious when none of her friends seemed to know about it and finally confronted her when he visited her house for the first time and realised that photo that she had sent him was taken in her little brother’s bedroom. Mental.”

“I won’t name names but a biggish band came to play at the union and me and my girlfriend managed to get backstage passes because I worked in the union bar. Last minute I got ill so told my girlfriend to go without me which she did. I found out the next day that apparently the backstage pass gave her access to their dressing room because she shagged the lead singer whilst I was at home vomming my guts up. Needless to say I ended it with her, at least I have a famous eskimo brother now.”

“I was dating a guy and one day I was at his when he had to go to work for a four hour shift. He convinced me to stay at his and wait for him because he was so desperate to see me afterwards. I was happy to stay as it wasn’t a long time and I had my macbook with me. He went out and I started binge watching netflix. After a few episodes of Pretty Little Liars I realised he had been gone for five hours and I hadn’t heard from him so I texted to see where he was. No response. An hour later I called him. He didn’t answer. Figuring he was still at work I just decided to leave, only to find that he had locked the door when he had gone out and nobody else was in so I didn’t have a key to get out. I went on snapchat and saw that he had posted a video of him at a bar with his mates after work. I had to wait in his house for eight hours before one of his housemates got home and could let me out.”

Moral of all these stories, probably just avoid everyone at all times and become a hermit because people are terrible.

*The names have been changed.