Queen J.K has confirmed something we already knew, Manchester is the most magical city in the Muggle world – we even invented Quidditch. 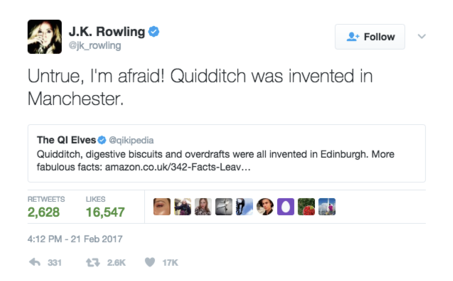 J.K Rowling is known for being highly vocal on twitter about important matters, yet always manages to stay true to her roots and allows the Harry Potter fandom to live on. As for this tweet? Facts are facts. 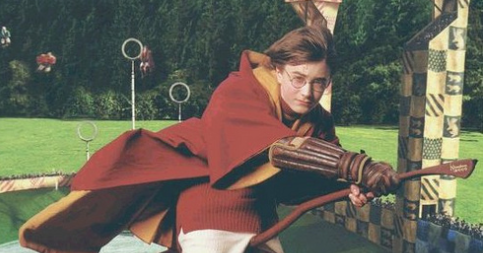 This comes following the Quidditch Championships which were held in Plattfield Park on Saturday 18th of February, where National teams battled it out for the winning glory, and the Cottonopolis Cup.

The University of Manchester has it’s own Quidditch Team, called the Manchester Manticores who participate in National Quidditch competitions.

Fancy joining the magic? You can find them on Facebook here.

But it’s 104th for student satisfaction

‘I was sexually assaulted in halls, and now MMU is letting him return to campus next year’

Tickets go on sale from 10am this Thursday

This is, in the most literal sense, a ‘Pub Quiz’

There’s been a ‘terrifying rise in antisemitism in Manchester’, charity says

Jewish residents are ‘concerned for their safety’

And our top tips for securing a spot

Masses showed support for Palestine in Manchester over the weekend

Here’s to hoping we don’t see a fourth!

The occupiers say they will now ‘escalate with new radical tactics’

Students were protesting the University’s handling of the pandemic

Manchester Uni collects up to £146k in drugs fines, but spends £1k on drugs education

The incident is believed to have happened on MMU’s campus

Movie nights and Nerf battles: What it’s really like inside the Sam Alex occupation

‘We’ll stick it out for as long as it takes’

‘It was definitely a time of re-evaluating my principles’

11 ways to say you go to Uni of Manchester, without actually saying it

From Factory, to flares, to fences

The series is back next week!

Who is my mystery stalker?

Slip on a siggie ring and we’ll tell you what percentage ‘rah where’s my baccy?’ you are

A single sexual assault investigation can cost a university £10,000

VOTE: Which male UK politician was fittest when they were younger?

Are you more Starmer or Bojo?

Okay but when are they announcing the roadmap out of hay fever?

A friend has said she will speak her mind in the villa, and ‘can be problematic’