Manchester is the world’s 20th most international university

From Fiji to Fallowfield

The University of Manchester has been ranked the 20th most international university in the world by The Times Higher Education‘s 2017 survey. A total of 150 universities from 22 countries were ranked by teaching, research, knowledge transfer and international outlook. 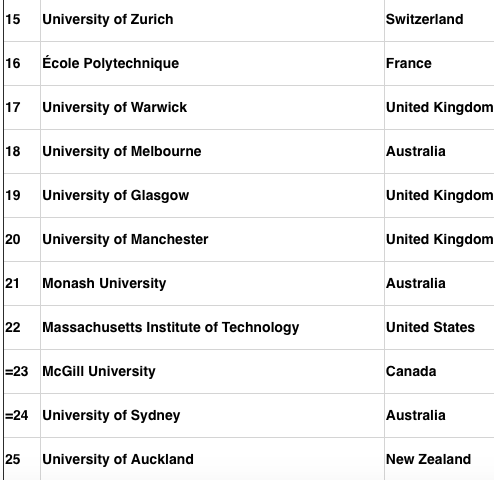 Manchester is ranked higher than prestigious institutions such as McGill, MIT, Hong Kong and Sydney.

The UK came third in the survey with a total of 13 universities making the list. However, the editor of The World University Rankings has predicted major changes in regard to the movement of international students which may damage the standing of British universities in the future.

This does not change the fact that Manchester remains a truly international university. Students from 160 countries travel the world to live and study in the city, which boasts almost 200 spoken languages.

We have the UK’s second biggest Chinatown and the Curry Mile on Rusholme meaning you’ll never be hard pressed to find international cuisine. In addition the Manchester International Festival, Caribbean Carnival and the HOLI ONE Colour Festival in Heaton Park are just a few examples of the diversity the city has to offer.

Magne, who came to Manchester as an exchange student from Norway, told us, “I really loved the Curry Mile right next to Fallowfield. I also liked how there was always something to do, like going to Fifth with my flatmates.”

At a time in which prominent world leaders are rejecting internationalism, it is even more important to be proud of and celebrate the multiculturalism and inclusivity of Manchester.