Cicero once said, ‘to remain ignorant of the past is to remain a child’

Waking up to the US Presidency election result, I felt like I had been punched in the stomach. It made me, and majority of millenials feel sick to the core, but I was not surprised. A week prior to the result, I could see this would be the outcome – in fact I put a bet on it (£20 in my pocket), I was so sure. Why? Because we never seem to learn.

Many were horrified, asking “how has this happened?”, but it’s extremely simple. Two candidates were put up against one another, which initiated discussion of, “who’s the lesser evil?”. Scapegoating minorities and breeding fear within downtrodden societies is no new concept. Loud words, big promises and simple language has won countries over before and I’m sure it will continue too until we learn from History how easily this can happen. People are continually made to feel stupid for whichever side they chose, and there was a divide caused by this for the voters of America.

Where as the majority of us vocalised our opinions, for or against, many decided to mock our interest:

When big political events such as the election come around it appears that everyone becomes a politician for a few weeks… ?

There is absolutely no shame in caring about the political environment of the world. But this encouragement of ignorance, and condemnation of those who show genuine concern for foreign affairs are the exact conditions needed for people like Trump to be elected. Conversation is important to educate ourselves about matters of such importance.

My uncle messaged me that day saying how sad he felt about the US election, and I told him I felt helpless. I have spent the past two years of my life studying History. No-one cares, listens, or learns from the recycled patterns which continue monotonously. He replied “all the more reason to keep keeping on, speaking truth to power”. And he’s right.

The election of Trump for me felt entirely reminiscent of Brexit, and the same thoughts occur to me – would discussion and education of foreign and domestic affairs have laid way for more sound and reasoned decisions from the people?

We can sit and be discouraged, feeling a sense of despair and a lack of control over our futures. Or we can pay attention to what has come before us, in order to change what succeeds us. 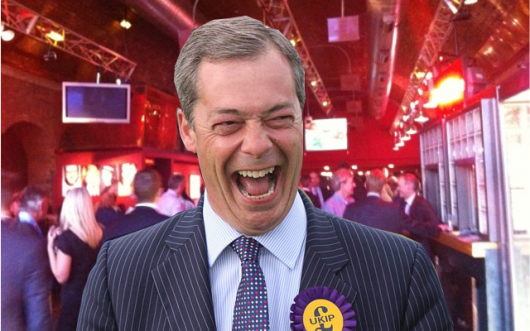 To pay interest to the world around us means we are just that little bit more clued up on our own political climate. To believe that politics, here or abroad, is none of our business is just not true. Approaching the Second World War, PM Neville Chamberlain commented, “how horrible, fantastic, incredible it is that we should be digging trenches and trying on gas-masks here because of a quarrel in a far-away country between people of whom we know nothing”, and look where that rhetoric got us.

Now is the time to be diligent and pay attention to our past and present. Democracy has spoken in America, but that does not mean we have lost our voices. Share articles that interest you, discuss matters that bother you with your friends and family. Whether you wanted to stay or leave the EU, and whether you believe Trump is the rightful candidate to win the election, you owe it to your constitutional right to research before you make such importance decisions for the greater majority. If your vote is uneducated, it is not worth the pen mark on your ballot paper. I respect the decision of anyone who votes for a belief with a basis.

If you learn your History, you may just be able to predict the future.

The Times Higher Education Impact Rankings have just been released

‘Coming to link you lot and shoot some hoops today. Everyone invited just turn up!’

They will appear in court next month

We can go back to uni on May 17th, but the government is still ignoring students’ needs

Pick your six, we’re heading to the pub – AT LAST!

Some students have already planned an ‘egg-throwing competition’

In pictures: Kill The Bill protests enter their second week in Manchester

‘I was grabbed from behind’: 18 arrested by police at Manchester Kill The Bill protest

Parklife 2021 sells out in record time: Here’s the lineup and everything you need to know

The incident is now subject to an internal police investigation

In pictures: This weekend’s Kill The Bill protest in Manchester

Thousands turned out to protest the Tory’s new policing bill

‘I am overwhelmed and exhausted, yet the uni have shown no acknowledgement as to what is happening’

‘We will not be silenced. End state and gendered violence’