‘Martin Luther King made his speech in 1963… where is that dream people talk about? Is it some sort of fairytale?’

The Black Lives Matter movement is rapidly spreading, and was honoured during a peaceful march in Manchester.

Similar protests have been held in London, Birmingham and in Bristol following the latest cases of US police brutality. The US police have already killed a staggering 187 black victims this year alone.

Although the majority of the march was young and black, the crowd was full of all creed and colour. The crowd gathered calmly in Alexandra park in Moss Side, which was at the centre of the city’s gun crime epidemic 10 years ago.

Arm in arm, the march proceeded through Oxford Road to Albert Square. Recent songs in current pop culture which talk of black freedom, such as Beyonce’s new album ‘Lemonade’ and Kendrick Lamar’s work were sung by marchers, others opted for chants such as “Hands up/don’t shoot… no justice/no peace”. This is following a reprisal of uproar due to the shootings of Alton Sterling and Philando Castile last week. 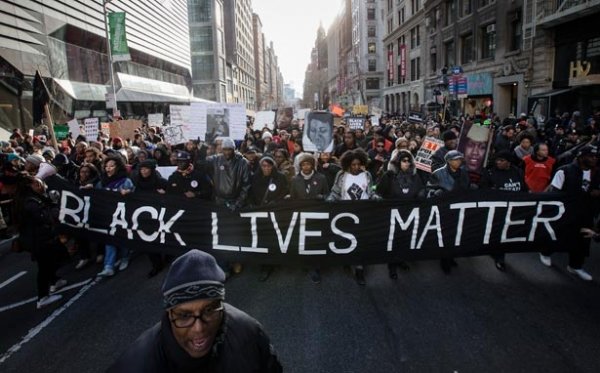 Many protests of this sort have taken place, following the recent shootings of Alton Sterling and Philando Castile.

At it’s peak, an estimated 3,000 people joined the demonstration. One witness of the march commented “I didn’t expect this kind of a turn out. People say that we don’t come together enough as a community. Obviously they were wrong”.

Although the march was predominantly to express distain towards police brutality in the US, it was also a way for many to express concerns that were closer to home: Sheakha Omar, who was one of the speakers, believes that black children still suffered racism in the city, particularly in recent weeks. She told the crowd her son had suffered racial abuse at school following the Brexit referendum.

Kim Barnwell, agreed with Omar’s statement, noticing a great shift in attitudes since the decision to leave the EU.

“It feels amazing to be here, and quite emotional too, to know so many people feel the same.”