Here’s a neutral, no-nonsense guide to the EU Referendum

Referendum.wtf is a no-bullshit website that will help you make an informed decision on Thursday

The creators, Jonny Bottomley and Jeremy Evans have described their website as “the antidote to the EU Referendum”. 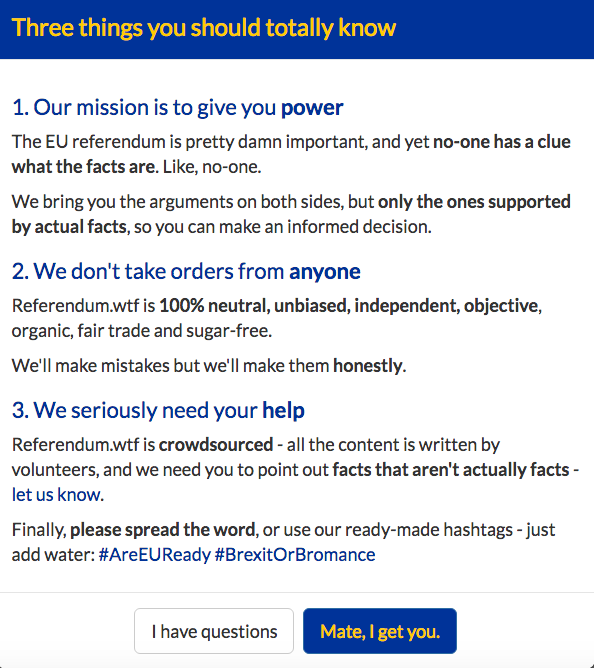 As David Cameron explained in his article for The Tab, the EU Referendum is a “once-in-a-generation decision”. It has never been more important for young people to get involved, and with both campaigns trying to sell us exaggerated facts and spin-stories, it has been hard to know what is the best decision for our future.

The interactive site breaks down the confusing information that is being flung at us from all angles so that we can make a decision based on the factual arguments of both sides, rather than the campaigns. 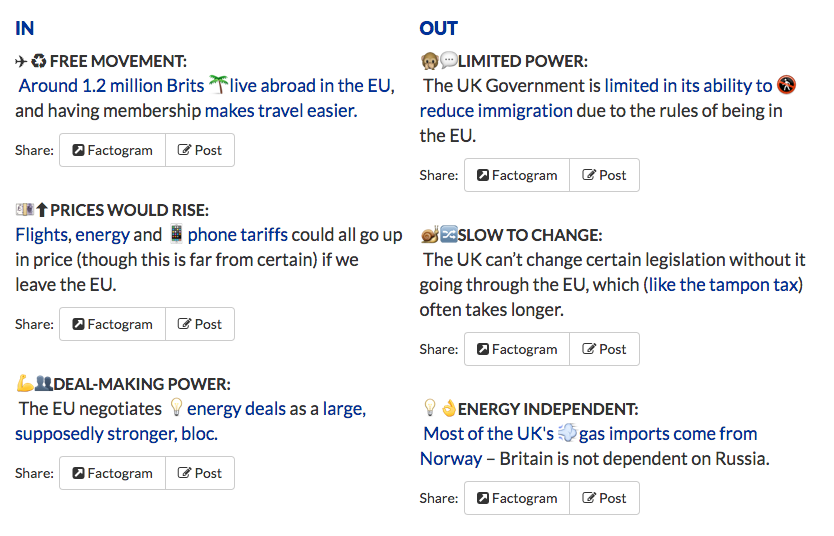 They use loads of emojis to explain the facts

You can even start a debate on the website with your own “Factograms” and you can share the facts to spread the knowledge to your friends. 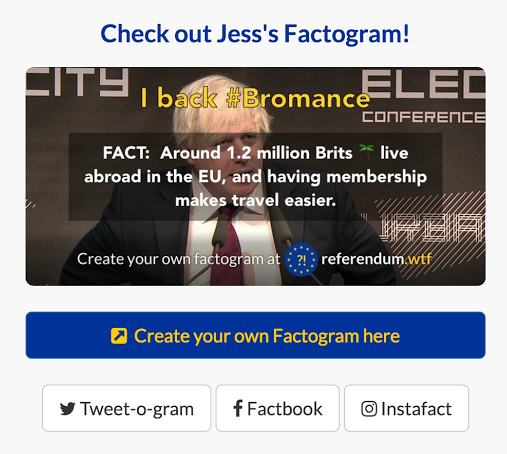 They highlight the “Red Herrings” so we can be aware of what the different campaigns might be spinning to us, ensuring that we know what we’re actually voting for.

One of the “Red Herrings” to watch out for

Jonny spoke to The Tab Manchester about his website: “We all know it’s important to try and keep up with the issues, but the Brexit debate has been a tough gig – far too much noise and far too few actual facts. Referendum.wtf was born out of our own frustrations keeping up with the overwhelming amount of information and spin, dressed as fact.

“We’ve spent hundreds of hours fact-checking and stripping out the dodgy claims – but at the same time created a super interactive, simple, no-nonsense site, full of emojis! It takes two minutes to get informed and decide whether you’re #Brexit or #Bromance  – #areEUready?”

Here is a video of co-founder, Jeremy Evans, speaking on London Live about Referendum.wtf.

Get down to your local polling station this Thursday and vote for your future.