The water fountains in the library are ruining my life

Why are they so slow?

Anyone (everyone) who’s been revising in the library recently must have noticed the utter abismality that is the water fountains.

Either they’re slow, out of order or queued into the courtyard. Is it really that hard to have a handful of working water fountains? 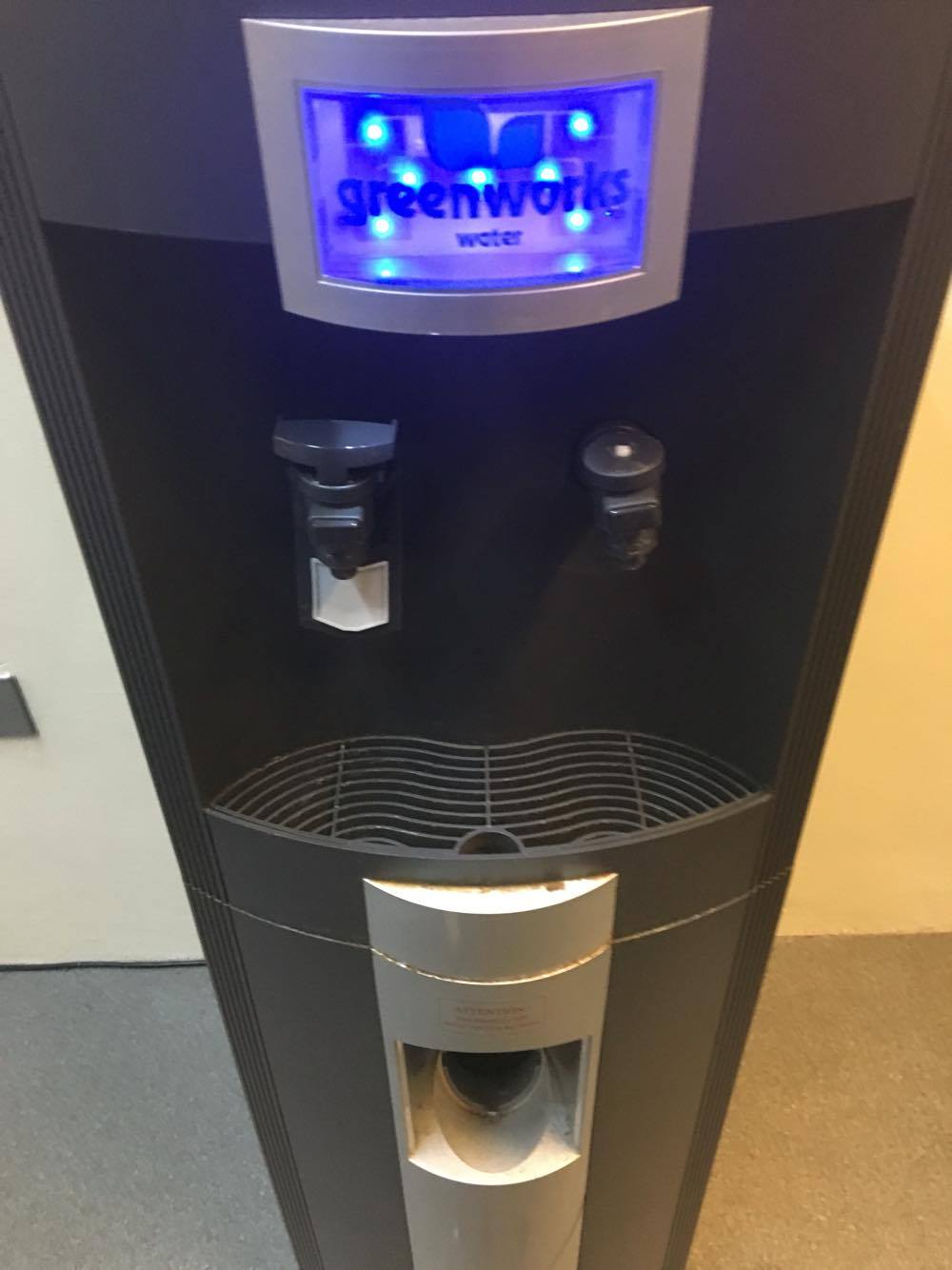 Yesterday I had to make the journey from Green to Blue 2, then up to Blue 4, then back to Blue 3 just to find a water fountain that wasn’t out of order. I was not amused. First they shut Oxford Road, and now this.

That brings me to my next point. Why are there only five water fountains in the whole main library? During exam period the library holds literally thousands of students, and it’s essential that we stay hydrated on those long revision stints. Surely it wouldn’t be too much to ask to get a few more fountains installed. 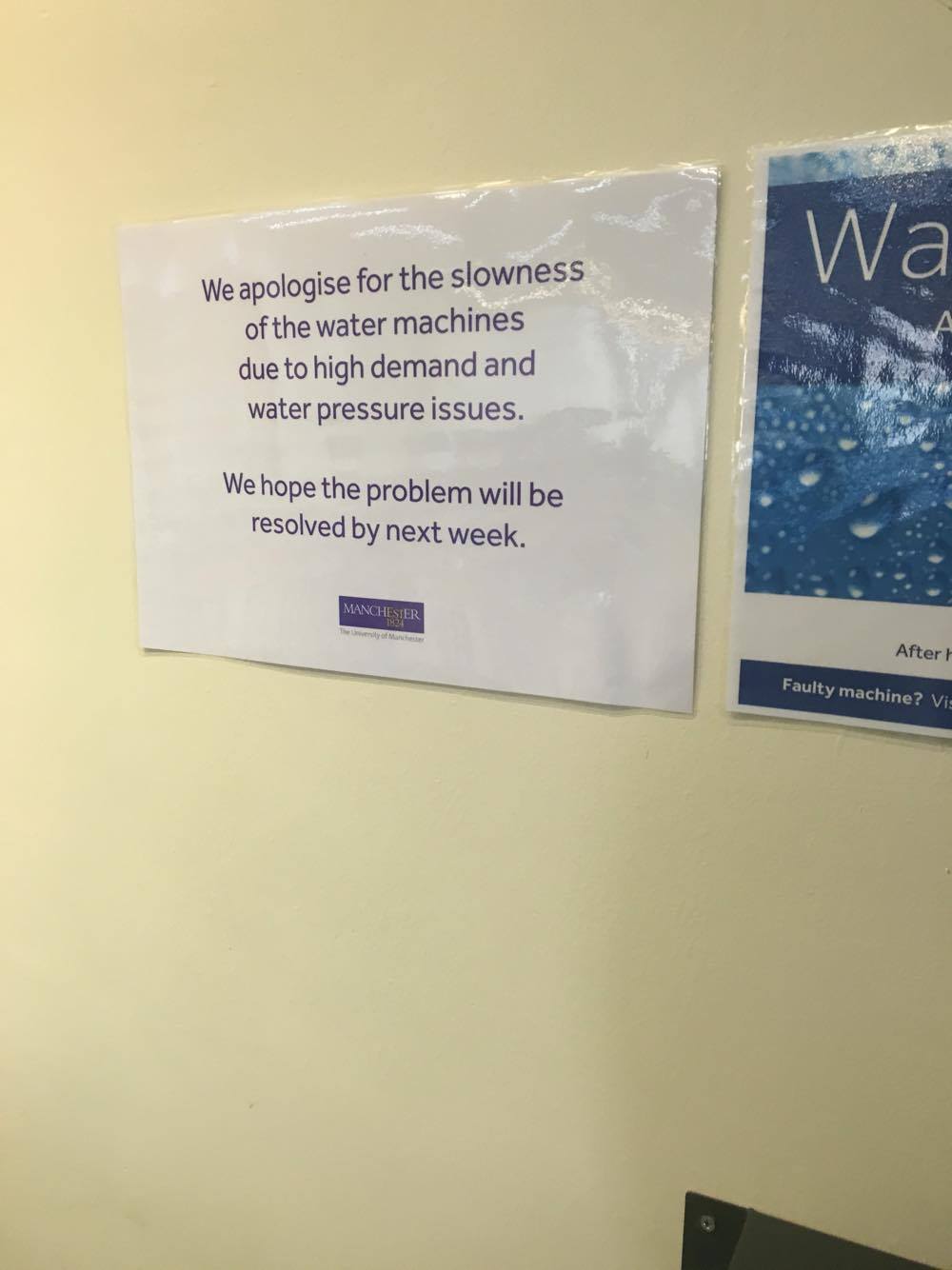 The signs claim that the slowness of the fountains is due to “high demand”, but what do they expect in one of the largest universities in the country during exam period?

We shouldn’t have to take 15 minute breaks every time we want to fill up a bottle of water (make that 20 if you’re sat in Red or Green). The rationale behind placing all of the water fountains AND the toilets in blue is beyond me. At least spreading them out a bit might prevent the horrendous queues. Those queues which guilt you into only filling your water bottle up halfway because you feel so bad for holding everyone up, when the fountain is dribbling out water at two millilitres a fortnight. 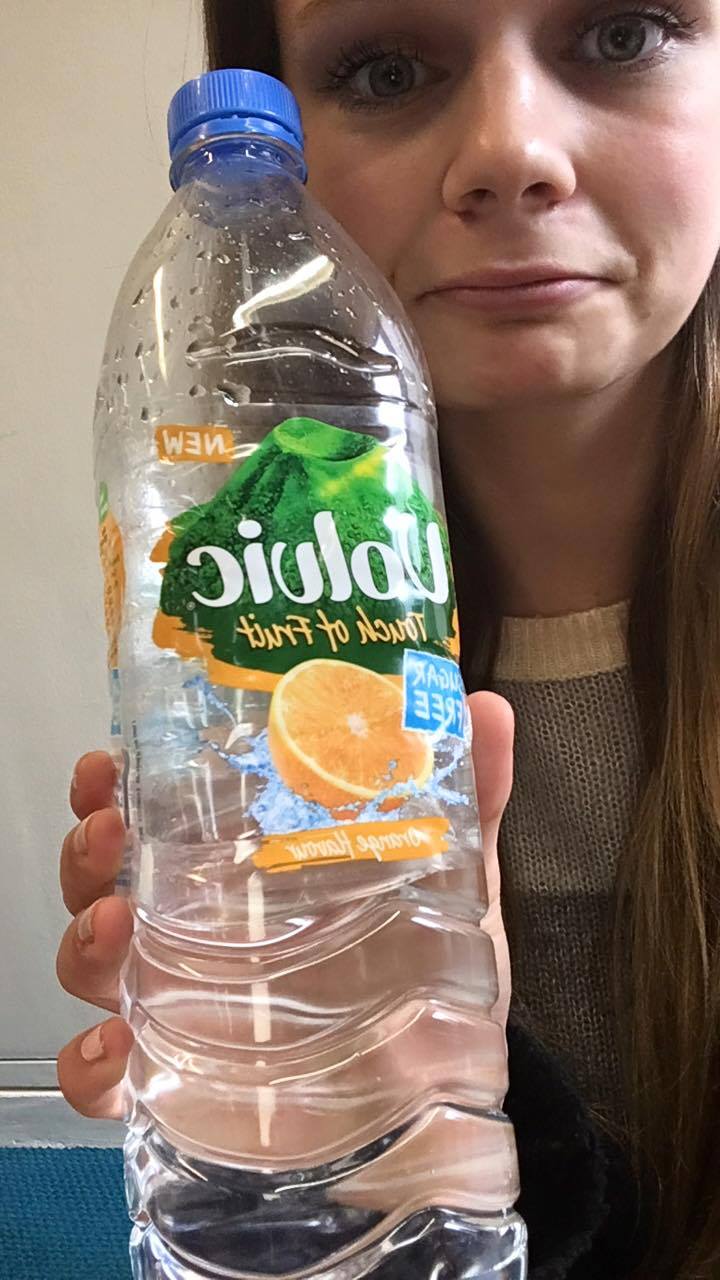 Good luck filling that up mate

And what about the cafe? Did no one ever think it would be a good idea to have a fountain down there? And before anyone suggests it, don’t even bother asking the people working in the cafe to fill your bottle, because the answer is a solid no.

Anyone who doesn’t revise in the library probably thinks it’s ridiculous to claim the state of the water fountains can ruin someone’s life. But they’re missing the point. For those of us revising in the library every day, it’s a hot topic of conversation. Where usually we’d talk about upcoming nights out or the roadworks, now it’s all about the water fountains. “Apparently the water fountains on blue 3 AND blue 4 aren’t working today”, “If you go to the blue 2 fountain round the corner there’s no queue and it’s SO cold”. You get the gist.

Basically, in stressful times like these we need water fountains we can rely on.

So this is a plea to the University, please sort the water fountains out, before it’s too late (aka when exams are over and we don’t step foot in the library until this time next year).