They used to have flowers

Manchester Evening News have launched a petition to the Council to get Piccadilly Gardens back to its “former glory”.

The central concrete site has been nicknamed “the Berlin Wall of Manchester”, and has made it onto more eyesore lists than you could count.

However, it wasn’t always this way. The “gardens” part of its title used to refer to lovely colourful plants, rather than a patch of grass you sit on to eat a meal deal when it hits ten degrees. 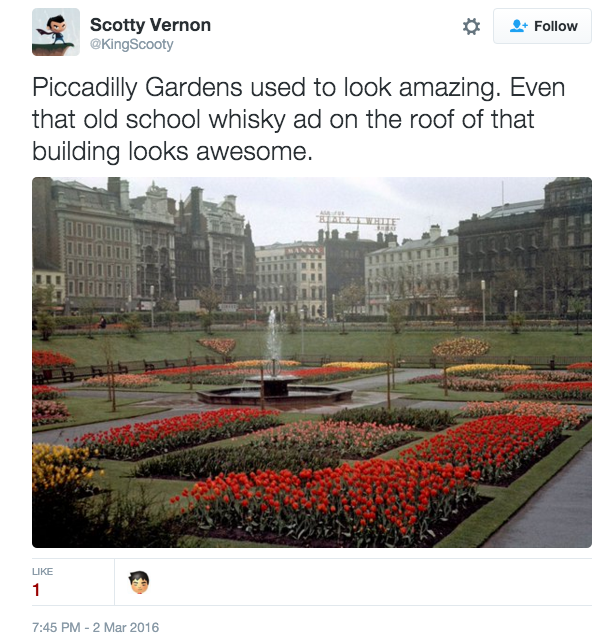 Look how cute it was though

M.E.N.’s petition aims to return Piccadilly to its former glory, making the space more visibly attractive and in particular focusing on “demolishing or transforming its unloved concrete wall, once and for all”.

The petition needs 4000 signatures in order to raise it as a Council topic of debate but it’s already exceeded 9500, with the number quickly rising. 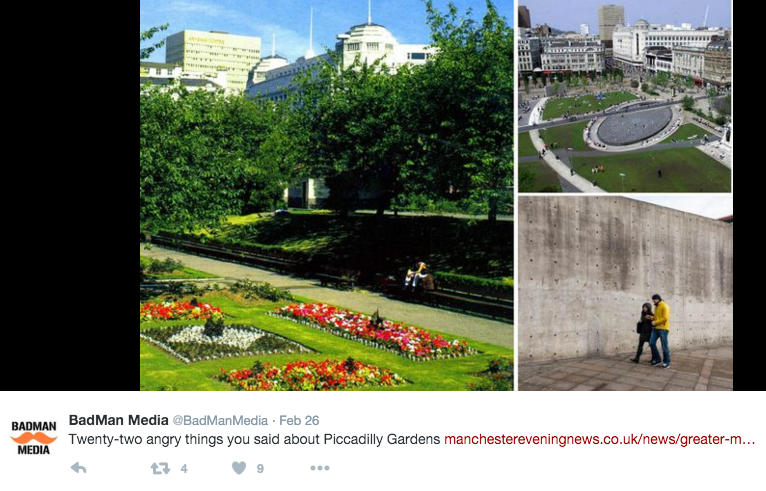 The concrete wall has been accused of enabling drug dealing and petty crime, as well as being generally despised by everyone who lives here.

Residents have complained that it has affected the city’s pride, which is unsurprising. Let’s face it, it looks even greyer than the sky.

Third year Helena said: “It’d be nice to see something done to make the city centre look prettier, the wall looks awful and I’d be glad to see the back of it.”

If you want to sign the petition, it can be found here.