Two Owens park girls go round the outside

It’s that time of year where Student Union elections have rolled around again, and they are pretty intense.

Many of the candidates chose to campaign in different ways, and Megan Taylor, who’s campaigning to be General Secretary, has made a video that’s blown the competition out of the water.

Meg, who models herself on Meg from Family Guy, has uploaded an amazing Eminem parody video, clearly outlining why we need her for General Secretary. 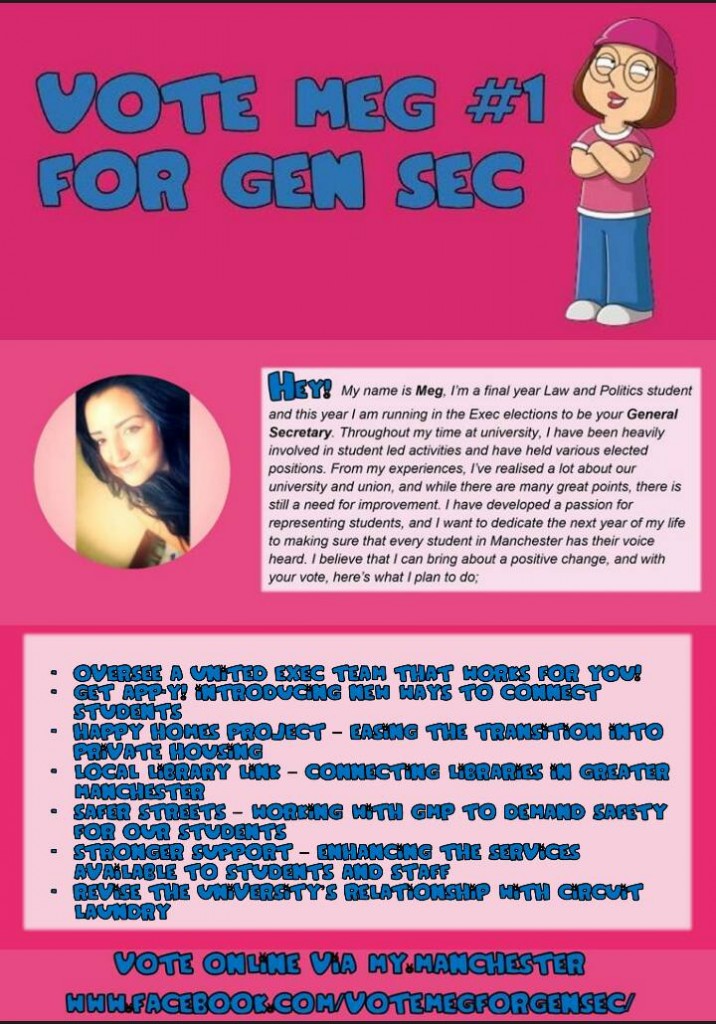 Meg’s manifesto is highly promising, offering better support for student housing, a Student Union app, a Local Library Line, and even sorting out the dreaded Circuit Laundry which made you ditch laundry in first year.

Yet nothing quite sells Meg’s vision like her brilliant video.