The situation between the Junior Doctors and Jeremy Hunt is only getting worse. They feel he is undermining their ability, exploiting their working hours as well as redefining what unsociable working hours are. Guaranteed pay increases linked to time in the job are also to be scrapped in favour of a system linked to progression through set training stages.

The good news is Junior Doctors have not sat down and taken it lightly. There have been mass protests, outrage and support for the cause all over social media. The situation is at an all time high. Three further strikes have been planned for the weeks ahead and it was recently the main topic of discussion during the Prime Minister’s question time. Heated debates over misleading weekend mortality rates occurred, leading to this Junior Doctor launching a passionate attack against Hunt’s fraudulent claims.

To fully understand the matter at hand, I spoke to Bernadette Lomas – a senior junior doctor and Manchester University graduate, and Seán Mâtheiken- a consultant in vascular surgery from London. Both of whom are heavily involved with the strikes. 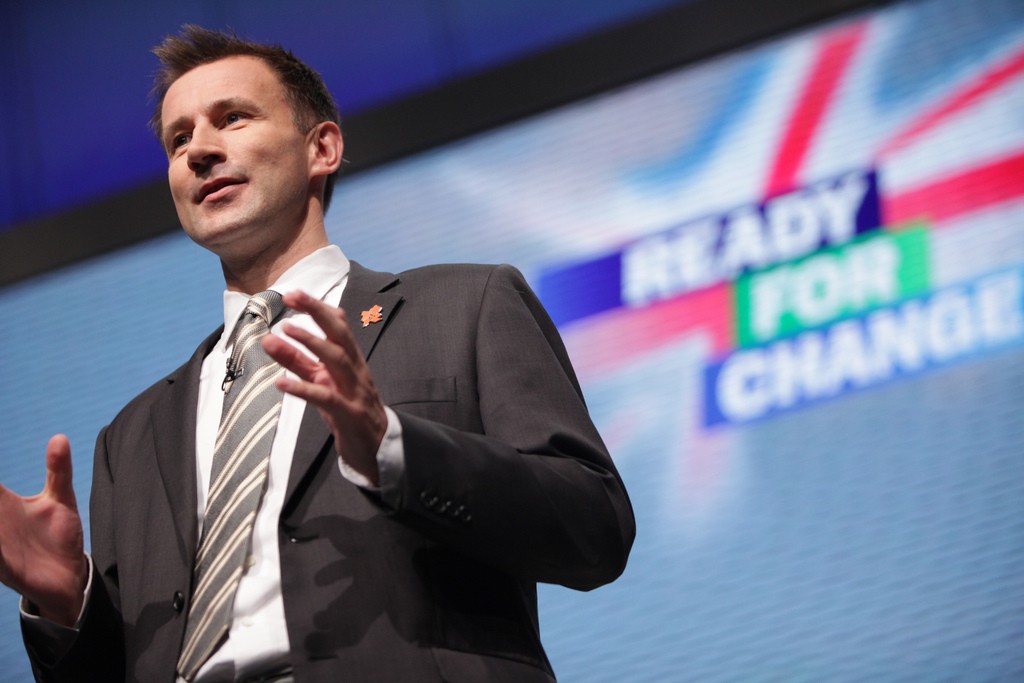 First an obvious question – why are doctors so angry with Jeremy Hunt?

S: Jeremy Hunt has systematically and repeatedly lied to the public, misrepresented scientific data to suit his agenda and continues to try and use doctors as a political pawn. This is compromising our ability to deliver care in the short term, and threatens to affect the NHS as a whole in the medium to long term.

B: The way in which Mr Hunt has conducted himself through this whole dispute has shocked and angered Junior Doctors. We are a keystone in the workings of the NHS and he continues to treat us with no regard to our professionalism. I appraise the contract to be harmful to the profession, and to the patients we treat.
Mr Hunt has misrepresented data from research studies, and has been condemned by the authors for this. He has manipulated situations – he was exposed as telling Sir Bruce Keogh to ‘sex up’ his letter to Junior Doctors highlighting the risks of striking. The last straw has been to announce imposition of the contract in August.

Now that he has threatened to impose a new contract, how are doctors going to respond?

S: The BMA has clarified on 20 Feb in correspondence to members all possible methods to oppose and prevent imposition, including further and escalating industrial actions, will be employed.

B: I and many other ordinary Junior Doctors are trying to engage with NHSE (who had been negotiating with the BMA), and with any other bodies who will listen. I am extremely frustrated that despite ostensibly saying they want to engage with us, NHSE in particular are not replying to emails or any other means of communication.
The BMA have announced strike action for the next month. In the previous strike days I have organised life-saving skills events for the public, and we have seen over 200 people to raise awareness of basic skills that can save lives. I will be doing this to give some positivity and constructive action on the strikes. 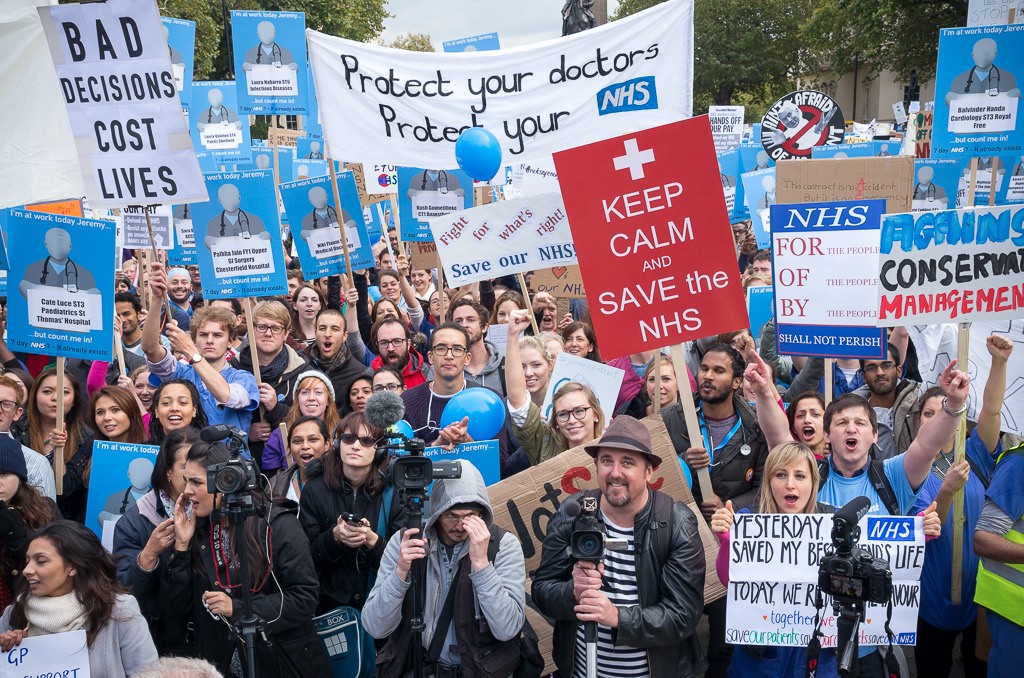 There are more strikes to come

How do you justify strike action to people who are waiting for vital hospital treatment?

S: It is a question of choosing the least undesirable alternative. Doctors do not wish to strike because it affects our patients. If junior doctors go on FULL strike, it will be challenging for consultants (such as myself) alone to prevent harm to patients, so we are exploring the ways in which we can do it. How would we JUSTIFY it? If we fail to act now, the consequences of what this government is doing will categorically end the existence of the NHS as we know it. This will compromise patient’s health much more than a necessary strike at this point will inconvenience patients. We have no choice.

B: This is very difficult to reconcile. As a doctor my absolute fundamental aim is to be treating patients, making sure they have their operations, and that they recover well afterwards. As a patient myself and with my own children, I would be very frustrated if any of my family’s treatment was delayed because of the strike, however I firmly believe we have been backed into a corner and this is the only way of showing as a profession we absolutely object to the new contract. I will strike for my patients’ right to a safe free at point of care NHS for the future. This is what is at risk if the contract goes through.

What would you say to any current medical students, who might be reading this, about the situation?

S: I am aghast at the impact upon medical students. Jeremy Hunt and this government are ruining medicine as a career for generations in the UK. It is an absolute shame.

B: I’d advise any current medical students to be as informed as you possibly can be- read everything you can from the BMA, NHSE, government. It feels quite alien to be doing this, but you need to be informed to make good decisions for yourself about where the profession is going. Speak to current Junior Doctors, and my advice for all Junior Doctors currently is to give it a year after imposition to see how this settles out. For people at my level of training there is no way to get back into training if you leave, so it is a life changing decision to resign your training post.

What are your hopes and fears for the future of the NHS?

S: I think my fears are clear, above. I shan’t burden you with my hopes at present. It is rather absurd to think about dessert when you are dying for a drop of water. The situation is dire. We need to turn things around, and rapidly.

B: I would hope that this is an opportunity for government to engage meaningfully with the future of the profession, who really are the people who will be trying to build a better, more sustainable NHS in the next 10 years. All health professionals are at risk of being in the position that junior doctors are now. It sounds sensationalist, and apocolyptic, but if this situation is not appropriately managed the NHS as we know it will not exist in 10 years time.

On the back of this interview, we asked current Medicine student at University of Manchester, Matt Polden, how he felt about the situation. 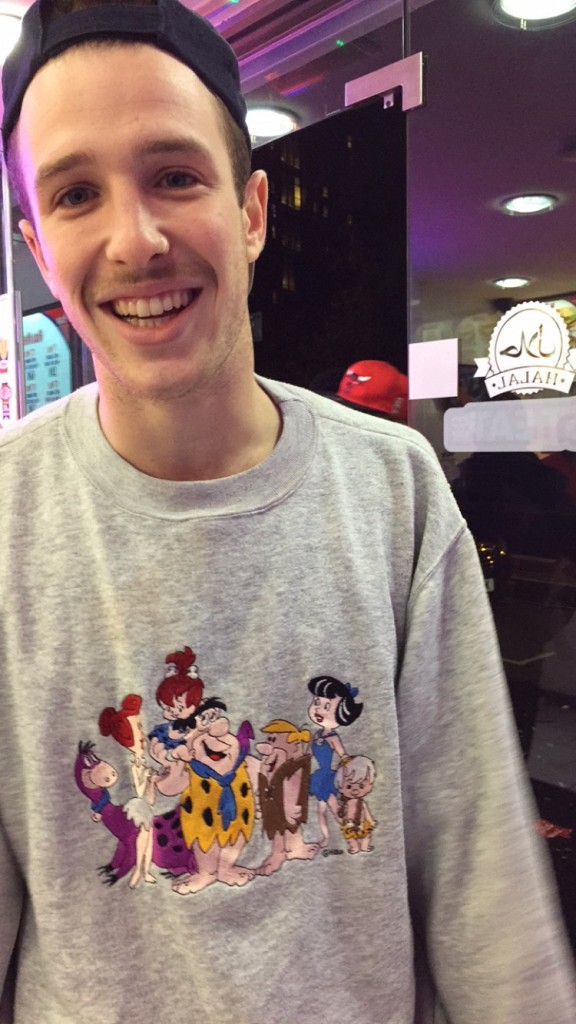 Matt is a second year Medic, and he has a few concerns

Given all the press coverage of this subject in the news, how do you feel about Hunt’s decision considering your own vocational prospects?

M: It is disheartening to see that Hunt values the voice of so many Junior Doctors so little. His decision to impose contracts is neatly spun and threatens to damage the foundations of a health service that has provided the highest quality of care to all for almost 70 years. As a medical student my education has been heavily subsidised by and would not be possible without the NHS. It remains to be seen whether the NHS will even still be in existence by the time we qualify.

Has the whole affair concerning junior doctors changed how you feel about your potential future in the medical profession?

M: Personally, I still want to begin my career in the NHS. But I am planning on taking the USMLE – (US qualifying exam) as soon as I graduate.