Why Manchester needs Reclaim the Night more than ever

We don’t want to be scared anymore

It hasn’t been great year for women in Manchester.

Unfortunately, we have reported on incidents of rape 18 times since last year, and this number significantly increases for articles concerning sexual assault.

A recent survey of young women showed that 43 per cent have reported being sexually harassed in a public place in the last 12 months. We’ve also experienced a 22 per cent increase in sexual offences towards students. From January 2015 – November 2015, 73 incidents of sexual assault have been reported.

Just over the past year in the first two weeks of February, three women were indecently attacked in Piccadilly, Rusholme, and Oxford Road. Four weeks ago, a school girl was gang raped in a Rusholme Hotel room. Three months ago, a student was raped after a night out in Fallowfield. Five months ago, two girls were raped by Sackville St. in broad daylight. Ten months ago, the number of men raped doubled in Manchester. Twelve months ago, students told us of their despair after yet another Fallowfield rape. 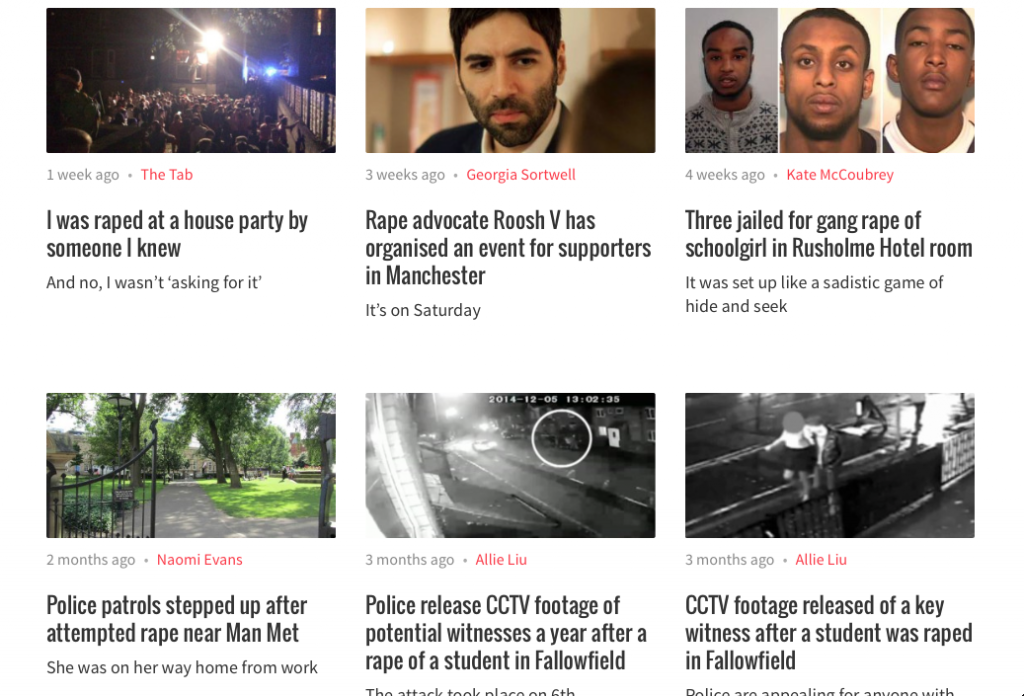 Results for ‘rape’ on The Tab Manchester

I spoke to a policeman a few months back, and asked him to focus less on shutting down our house parties, and more on night time surveillance. He responded: “We don’t have the staff or the money.”

This is not his fault, this is the general view of many people concerning sexual attacks and rape.

But it’s not good enough.

Man or woman, consent should be your right. 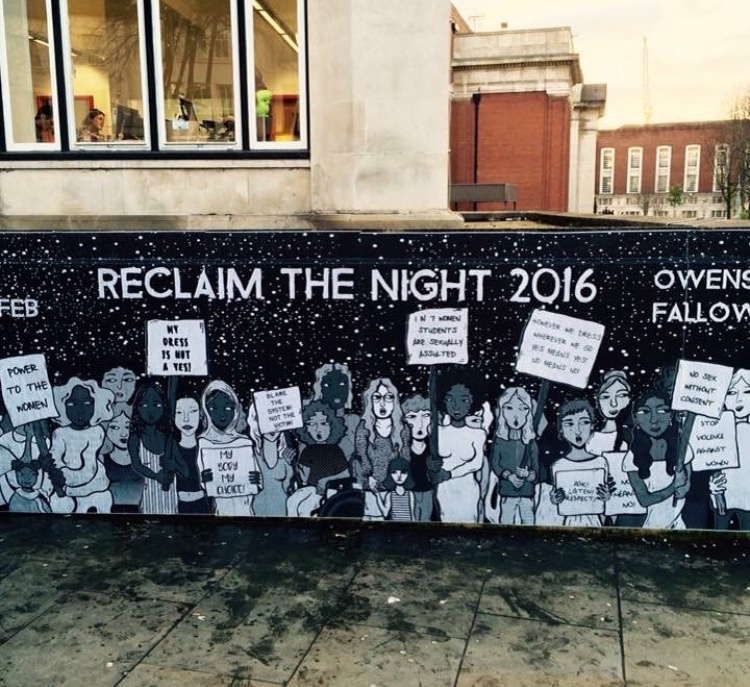 Tonight will see the streets of South Manchester lit up irrefutable passion. Reclaim the Night is a yearly event, and every year we see hundreds on the streets making a stand against the disgusting situation of violence and assaults that we are far too familiar with.

The tragedy of the relentless instances of sexual violence hasn’t only led to a fear that halts our society to a break down. In Manchester, we’re finding a means to an end.

Don’t get me wrong, we are making progress. The council have announced plans to erect a statue of our main lady Emmeline Pankhurst on International Women’s Day 2019 in the city centre, which will be the first statue of a woman in 100 years. With sufficient protest, we managed to shut down a pro rape event hosted by the merciless Roosh V, a campaigner renowned for his absurd, crude and uncompromising views on sexual violence. And on our own turf there’s been successful changes too with the introduction of the nighttime shuttle bus from Ali G to our front doors, so we can keep off the streets when we don’t feel safe. 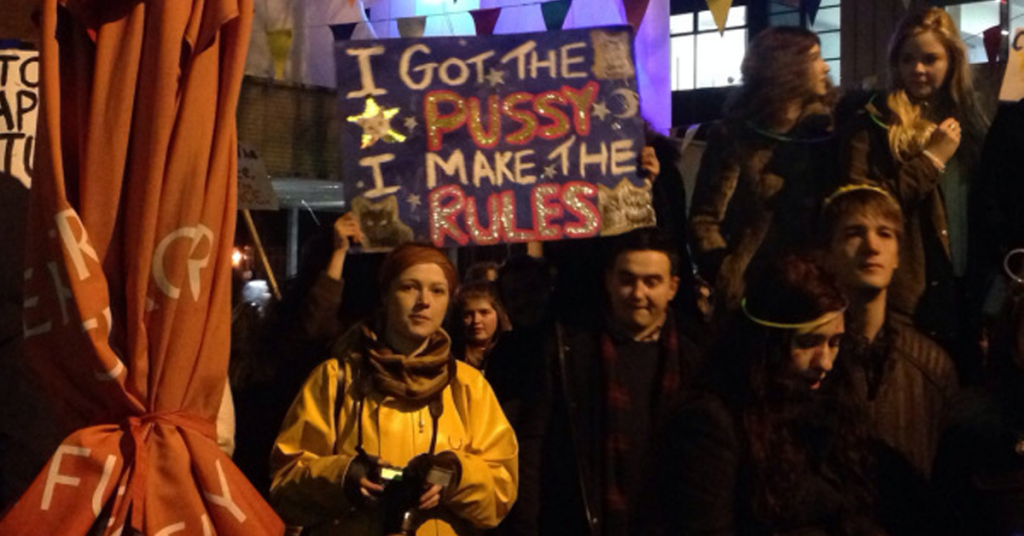 We realise that rape culture needs to be outed, we need those conversations, as uncomfortable as they may be. Victims of rape are understanding that it is not their fault, sexual assault  is being reported more, people are aware of the situation. We are beginning to understand that there is a difference between assumption and consent.

But no matter how far we think we’ve come, no matter how much we share anti-rape posts on Facebook, its still happening all around us.

Tonight, on Thursday 25th February, we Reclaim the Night.

We will light up the city of Manchester, amplify our collective voices and take to the streets and say “NO” to sexual violence against women, street harassment and victim blaming. This year we will also have a youth and families block focusing on the need for proper education on consent and healthy relationships.

Join us tonight at Owens Park at 7pm.