So he wrote a note to the postman

A fresher put his phone in a post box in a drunken decision to stop himself texting a girl, and sellotaped a note to the postbox to try and get it back.

No one likes waking up to the shameful drunk texts they sent the night before. But fresher Liam went the extra mile to avoid embarrassment by posting his own phone through a letter box.

He was returning from a night out when his mates started encouraging him to message someone he liked.

In an extreme attempt to avoid the inevitable, Liam rashly decided to post his phone through the Post box in Owens Park. The only viable solution to his problems. 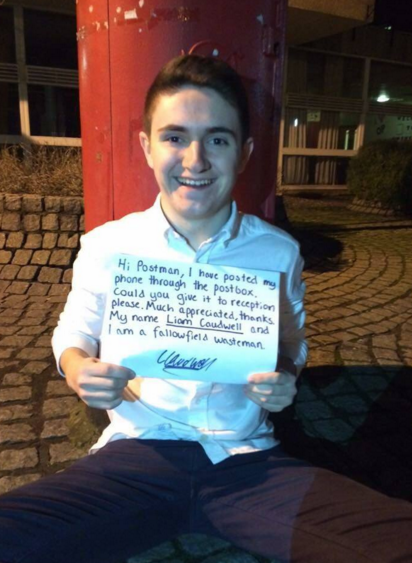 Immediately afterwards, he realised it may in fact be difficult to retrieve said phone.

His ingenious idea to reclaim the phone was to write a note for the postman containing his details and duct tape it to the front of the post box. 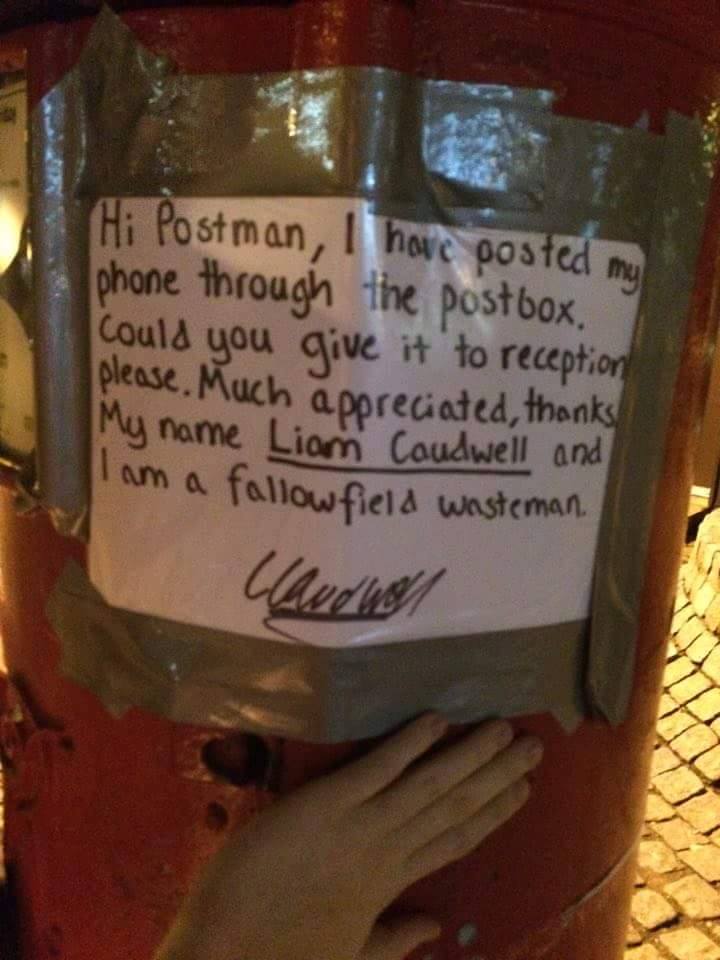 Liam told The Tab: “I was very embarrassed the next morning when I eventually dragged myself to reception and admitted that it was my phone in the post box.

Luckily it was there waiting for me. Shout out to the postman and people at reception, even if one of them did call me a wasteman”.