We made pancakes, Oak House style

Pancake Day has finally arrived and it offers the perfect opportunity to at least attempt to impress your flat with your pancake flipping abilities. Get it wrong and your cooking reputation will never fully recover, get it right and you’ll probably just have a lot more washing up to do.

First of all, clean up your kitchen 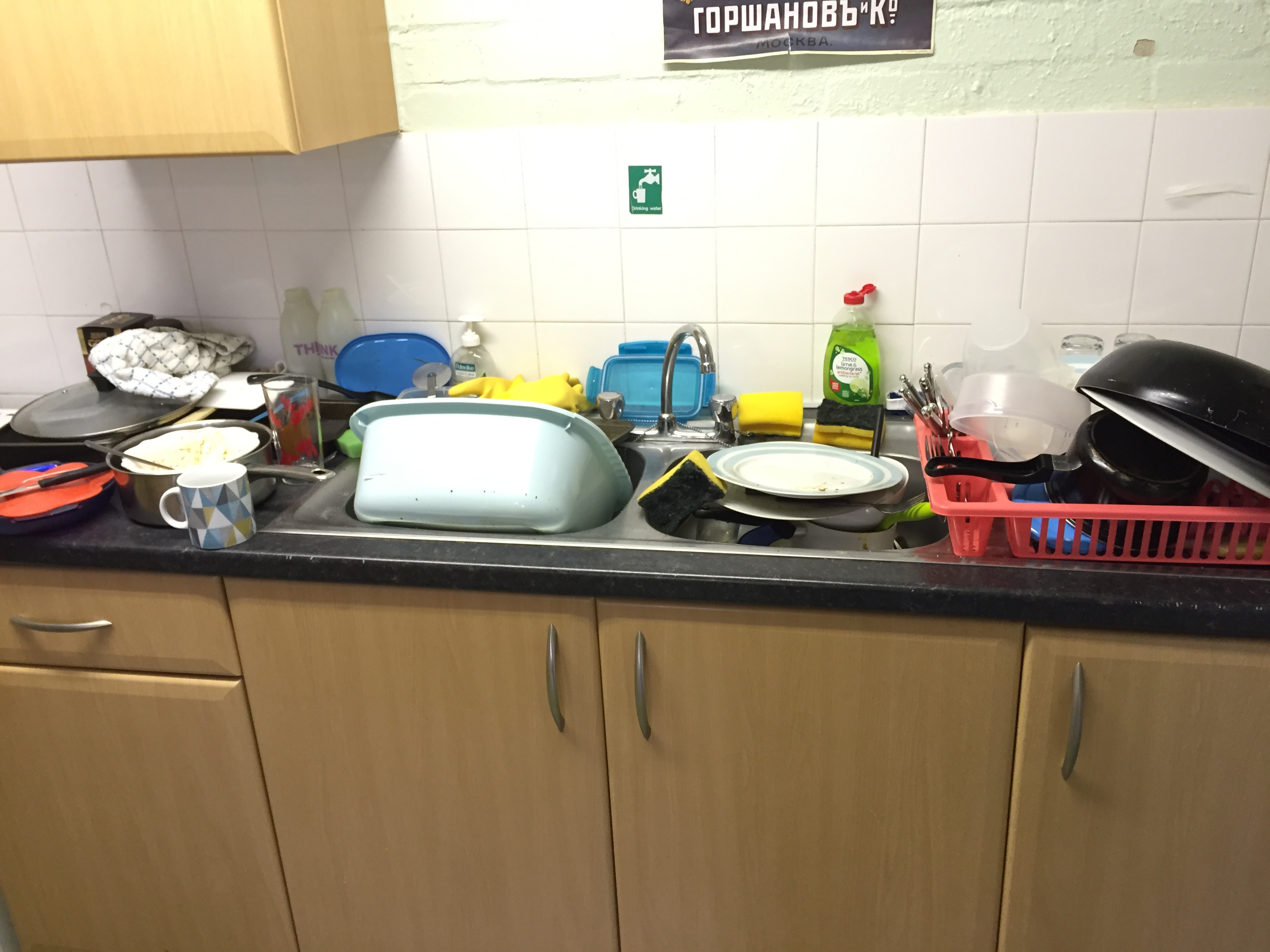 Clean up your mess

The bread and butter of any Oak House kitchen, an overflowing sink of increasingly disgusting crockery. You’ll be surprised to learn that clean cooking utensils may actually help in the process of creating edible pancakes.

The right ingredients are key 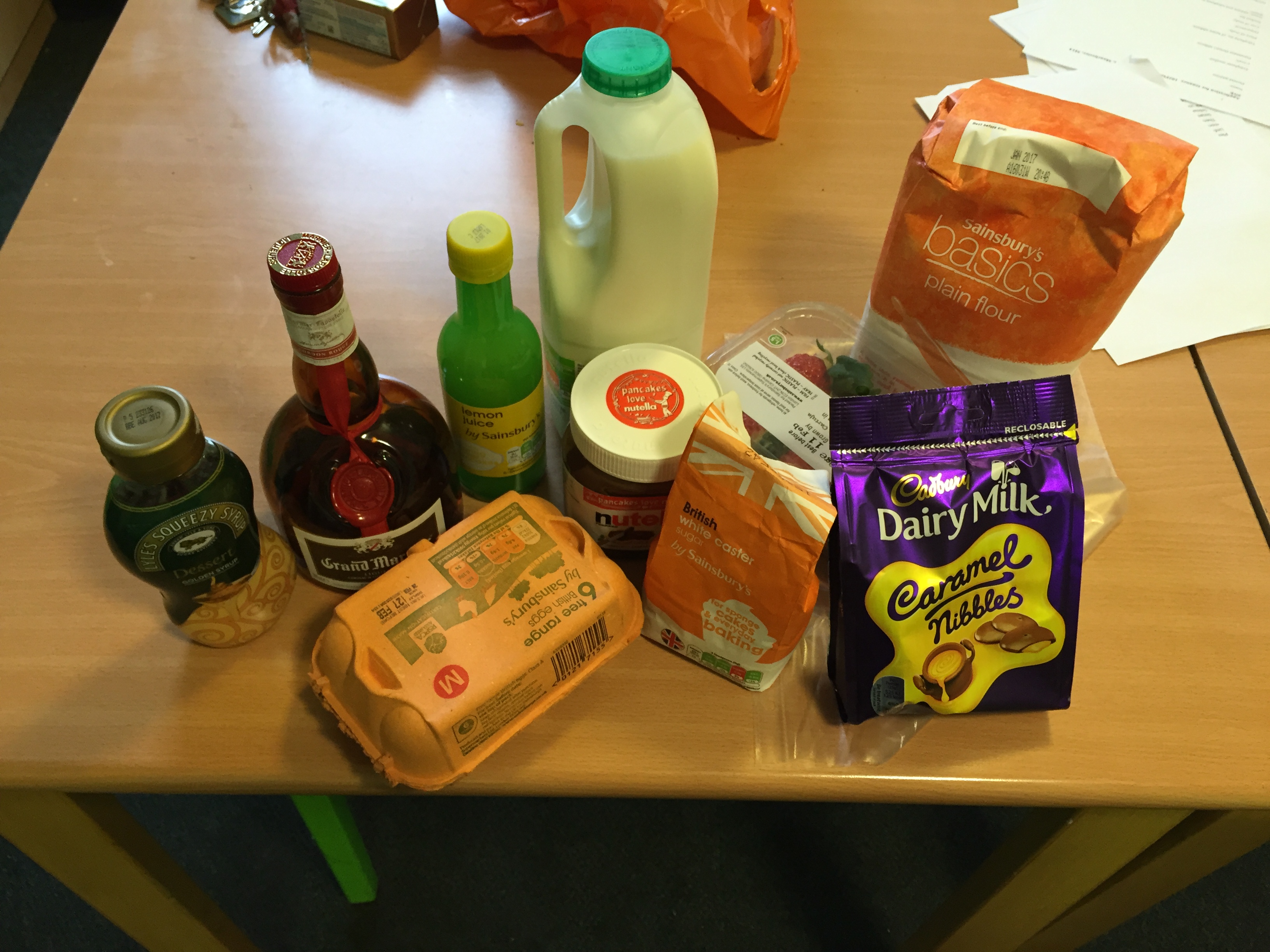 Eggs, milk, flour. Even a student £1000 into their overdraft can scrape together a few pounds for the basics, so no excuses. It goes without saying that the toppings make the pancake, but traditional things like Nutella, lemon juice and syrup can get equally as dull by the time you’re consuming your sixth sugar and lemon pancake before breakfast.

Grand Mariner (an orange-flavoured cognac-based liqueur for the less sophisticated out there) adds a little kick to your standard pancake. As a bonus, if you use enough you’ll be able to utilise your pancake consumption as a means of pre-drinks, win win.

Your mix will look disgusting 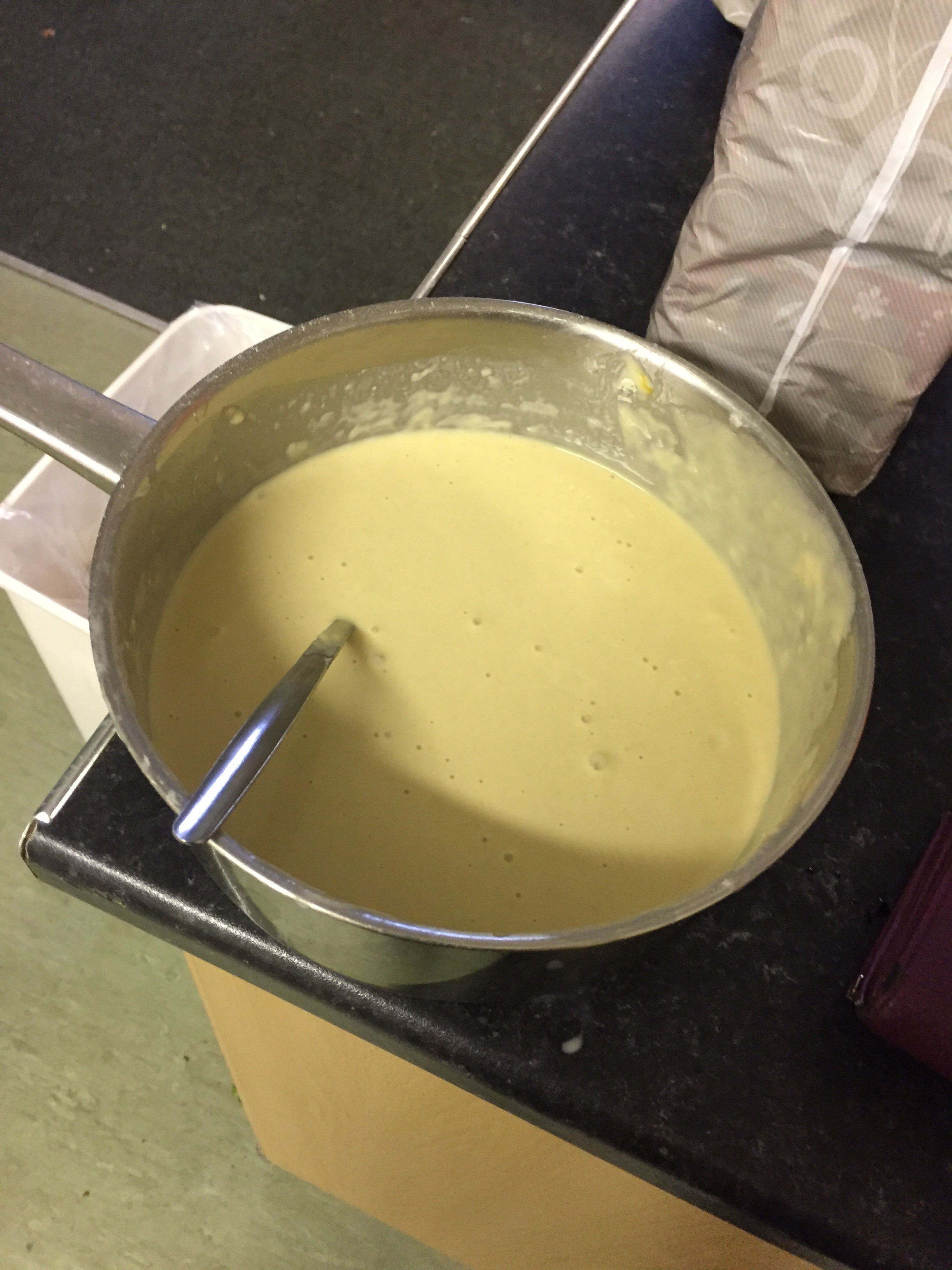 Vom in a bowl

Probably not an unfamiliar sight to most Oak house residents, the batter can tend to resemble your post Kebab King chunder. Also if you’ve got an actual mixing bowl you’re living in luxury, if not you’ll be whisking (or more likely forking) your pancake mix in someone else’s stolen saucepan, Sorry Mike.

Your first pancake will be a complete disaster 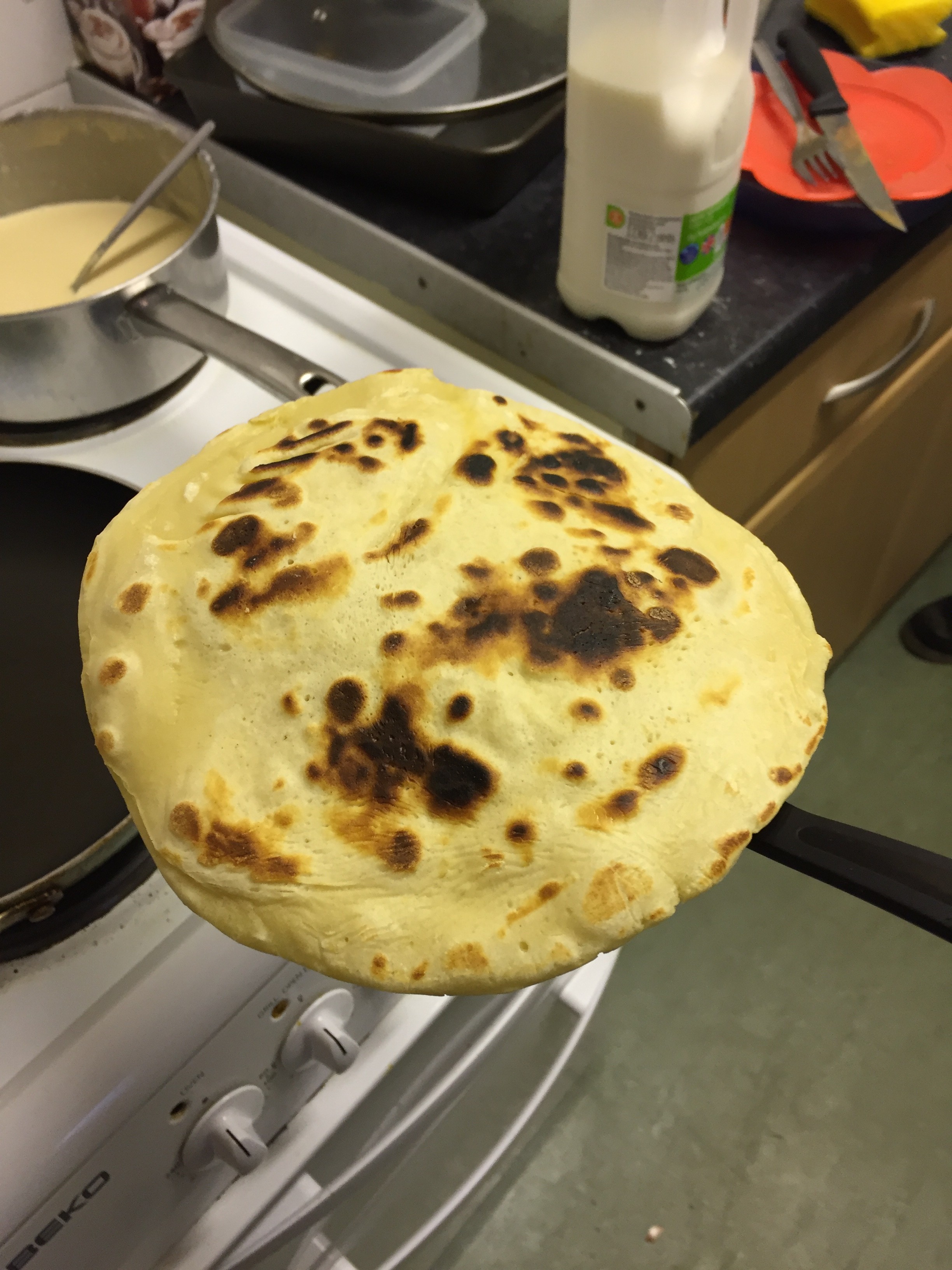 Got any curry to go with that Naan bread?

Everyone knows the first pancake you make is a tester. It will probably look more like a Naan bread than an actual edible pancake and it is likely to come into contact with the mouldy hob one too many times. Serve it to your least-liked flatmate and move swiftly on.

You’ll finally get something that looks half edible 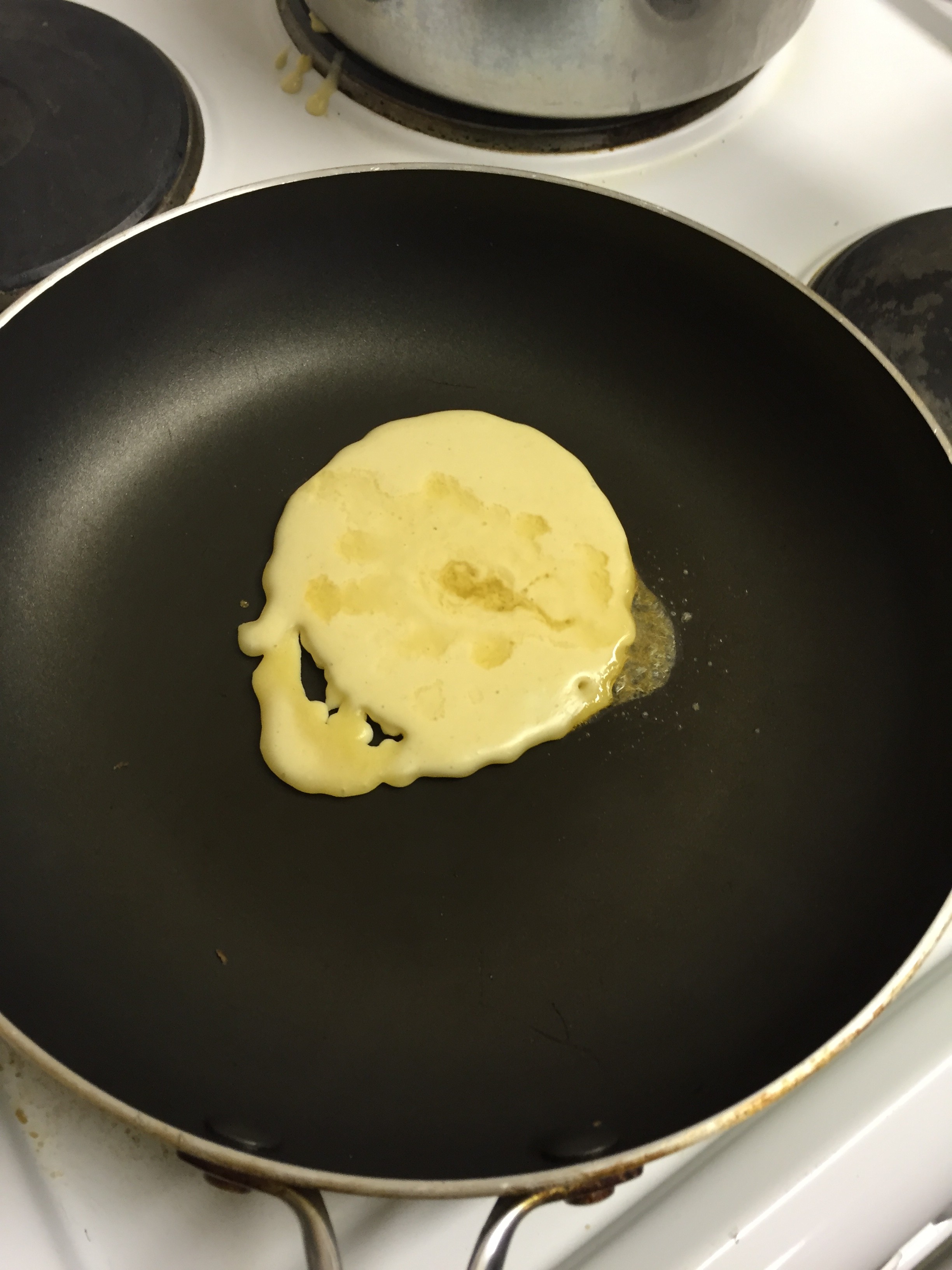 The first one was too thick and lumpy, so you delicately pour your dwindling pancake mix into the pan and hope for the best. We decided to add Grand Mariner for an “extra kick”, but really its just to look cool by having sophisticated alcoholic pancakes. Sure nutella would definitely taste nicer, but we’re freshers. We have a stereotype to fulfil. 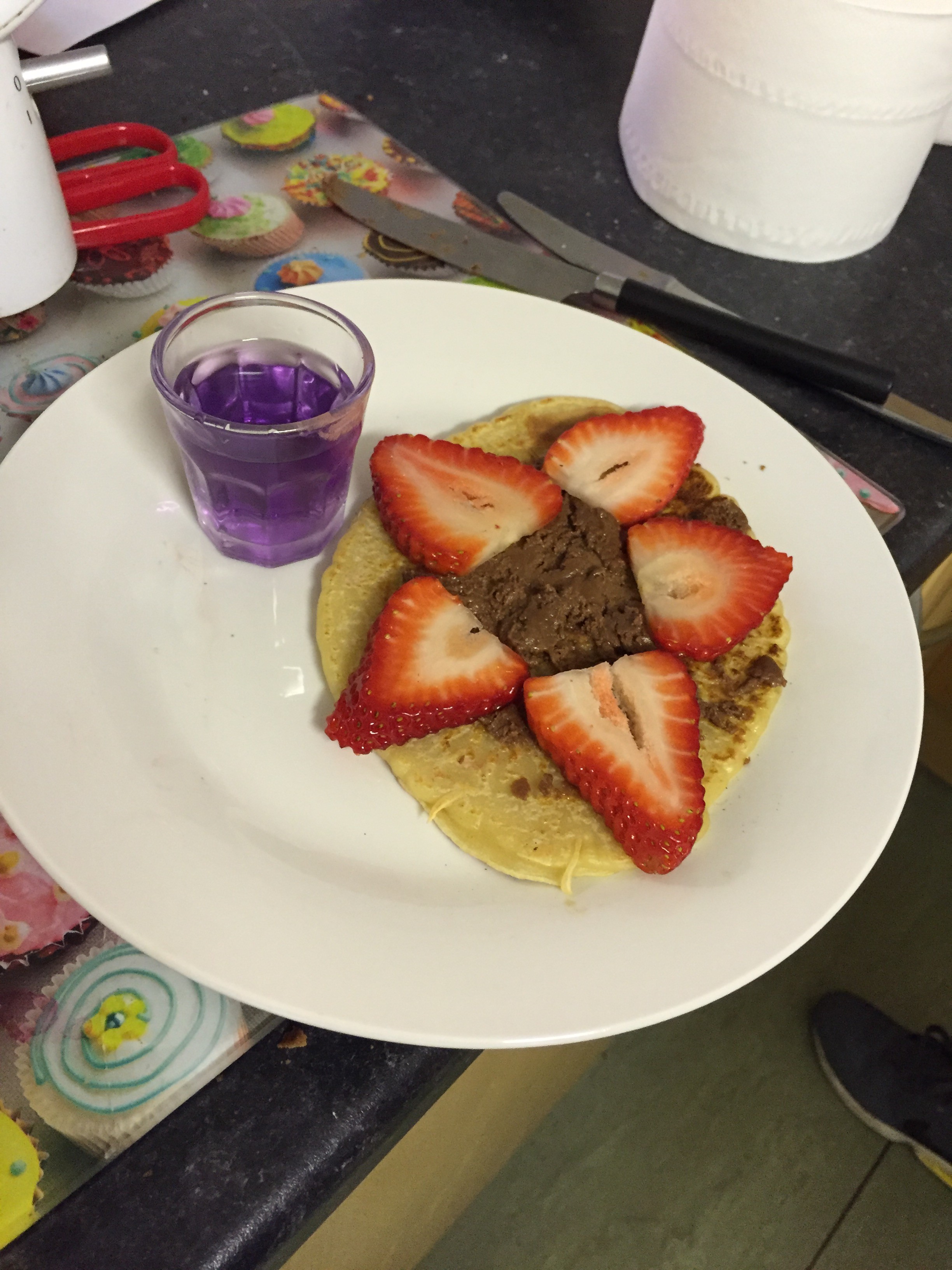 The melted chocolate buttons look a bit suspect and the Sainsbury’s basic strawberries don’t taste of anything at all, but at least it looks half edible.

Impress your flat with sophisticated dining talk such as how the added liqueur really compliments the contrasting twang of the strawberries and velvety chocolate buttons. Serve with a shot of your choice for a true taste of Oak House.

Hope someone else will clean up 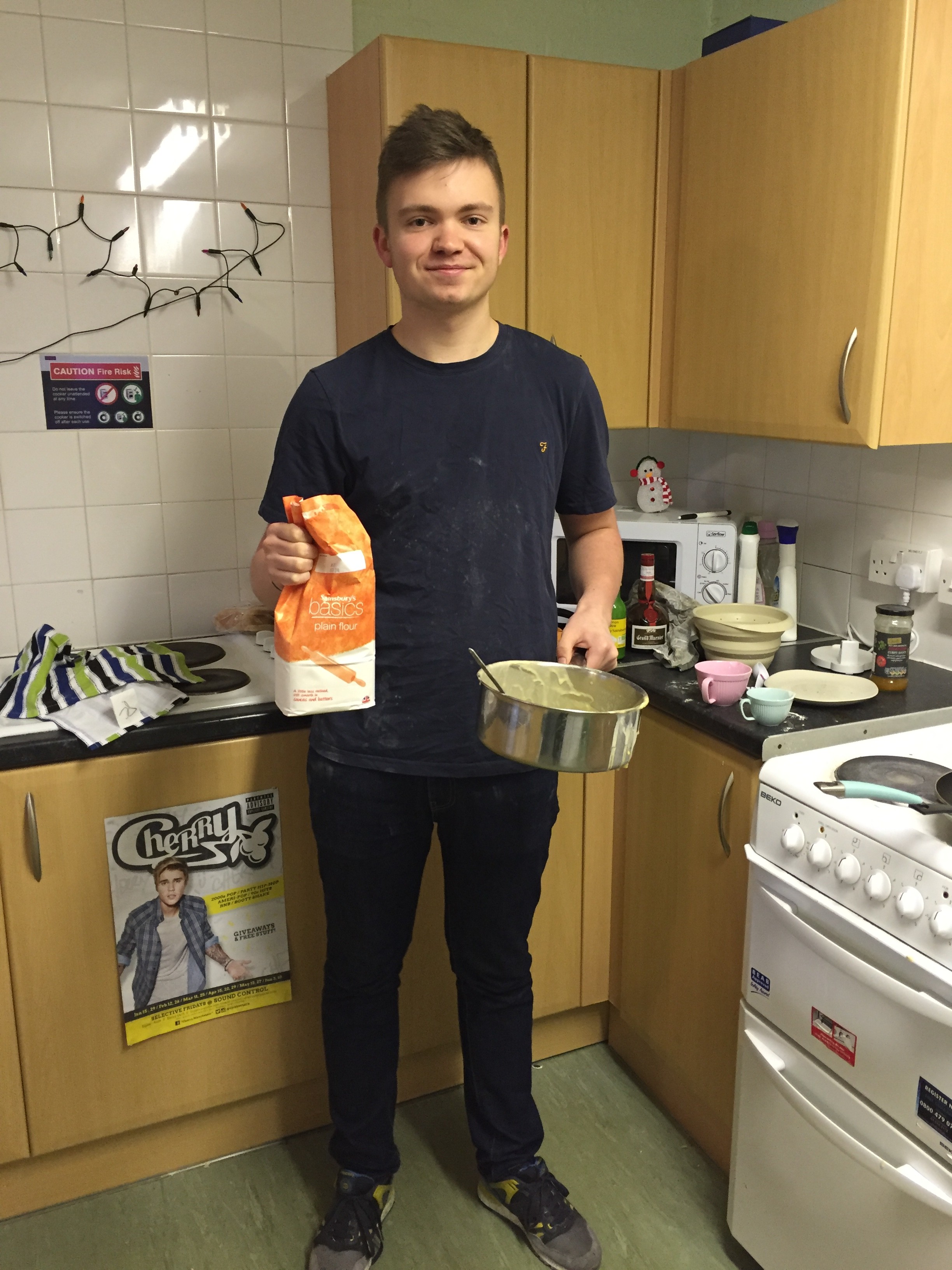 “I’ll cook, you do the washing up” right?

In reality, you’ll all leave the batter covered pans to soak until your cleaner makes passive aggressive comments shaming you into scrubbing up your kitchen, which has probably been covered in flour and pancake remains for weeks by now.