Tesco supermarket bank have said people who received free money from a Fallowfield ATM last month are allowed to keep it.

On December 16th the masses congregated around the ATM by Tesco which was experiencing a glitch, and handed out double the cash requested.

Word spread of the faulty machine and a queue waited to make bank from the miracle ATM machine.

Tesco supermarket bank have confirmed that the was a fault of the cash machine, and not the customers – and the money which was mistakenly handed out to them will not be retracted. 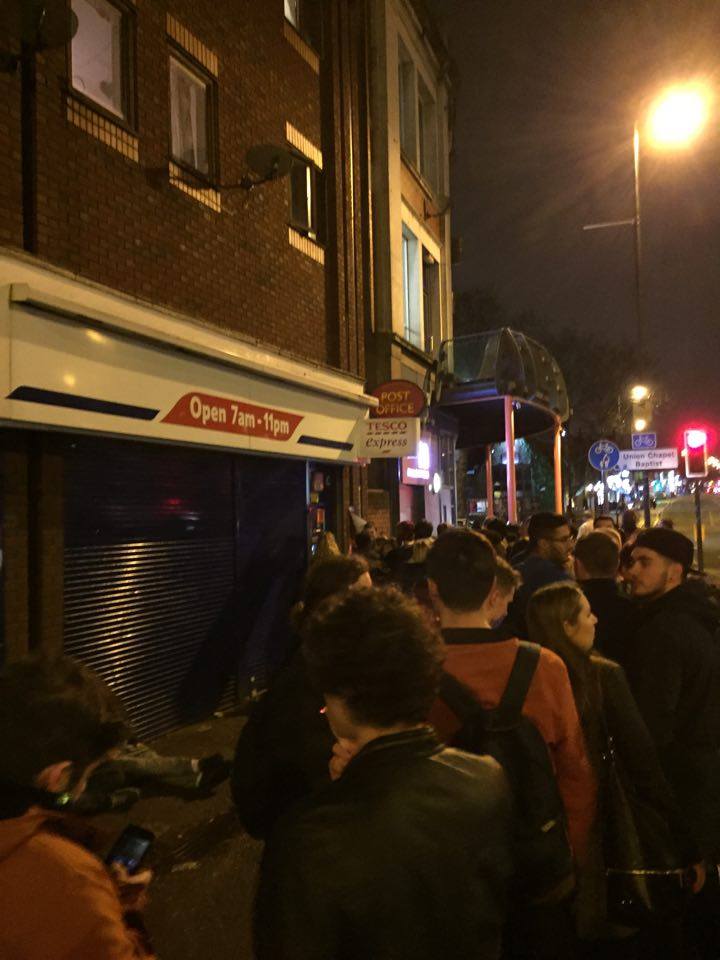 A spokesman for the bank said: “Customer accounts will have been debited for amount that they requested and will not be debited further.”

They said the ATM was handing out  twice the requested amount for about an hour on December 16th, from around 10pm.

It is not known how much money was taken from the machine or how many people utilised it during the glitch.

Second year Laura Howe who was there said: “It was absolutely packed, people were joining the queue from all angles. I wanted a tenner and came away with twenty quid, so I’m not complaining. And now I get to keep it. Yes, free money!”