Met Office have predicted snow in Manchester this weekend

Manchester is set to be hit with snow and heavy rain this weekend.

The Met Office have issued a yellow warning, the lowest severity, from 12noon until 11.45pm on Saturday.

Rain and sleet are likely due to Manchester’s lower ground levels, but they are not ruling out snow. 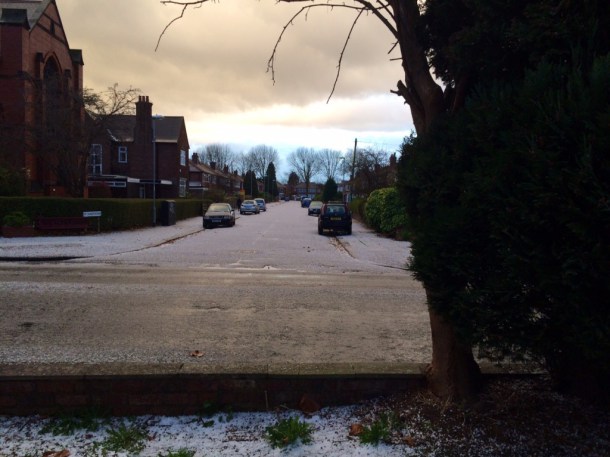 A Met Office spokesman said: “An area of low pressure, associated with a sharp north-south temperature contrast, is expected to move eastwards somewhere across central Britain on Saturday. This has the potential to produce 20 to 40 mm rainfall quite widely. Given saturated ground, this could lead to some flooding.

“However, as the associated precipitation encounters colder air across northern England, it may turn to snow. This is most likely towards the north of the yellow area and on high ground, with 5 to 10 cm potentially accumulating above around 200 m.

“Whilst this would reduce the risk of flooding, it may lead to some travel disruption, especially where flooded roads have been closed and more minor routes are in greater use.

“This development is associated with a high degree of uncertainty, especially regarding the track and timing of the depression, and this alert will be kept under review.”