Anyone else waiting to order

One of the many beauties of Fallowfield is the vast array of takeaways, and in particular chicken shops that it provides.

Everyone’s got their favourite alongside their own personal reasons for staying loyal, but which Fallow chicken shop is better than the rest?

Where else are get greeted with a smile and a wink? Shahz, the king, and his fried chicken minions provide the perfect antidote to a shit night out or, even better, become the comforting welcoming committee on your return to Fallowfield.

Next door to Koh Tao, it’s a no brainer for every Friday morning at 2am. Not forgetting the chicken itself which is second to none. The true rival to KFC’s blend of herbs and spices, Chicken King’s seasoning takes you to another world of spicy and crispy goodness, before you bite into the most succulent chicken that gives Jamie Oliver a run for his money. 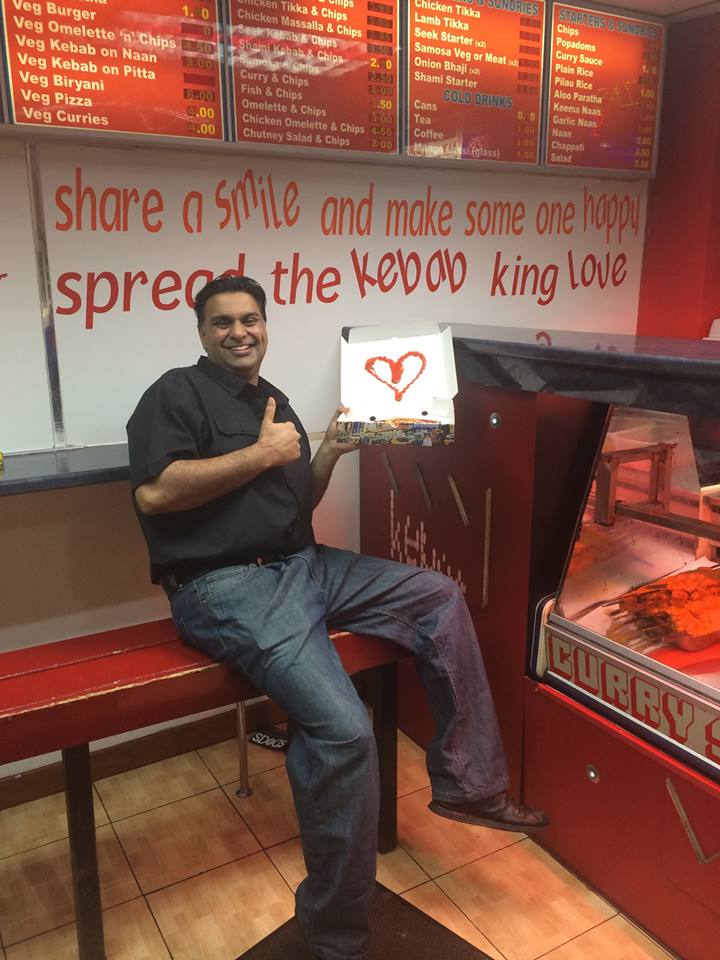 Where do we even begin? Firstly, there’s the location. For those especially lazy or hungry, it’s in prime view from OP’s gates, and the closest place from the bus stop. It’s even right next to New Zealand’s if you want to pick up a fine wine or some cigs to accompany your banquet.

And what other takeaway has a photographer and projections of your pictures up on the wall? Your cheesy chips come with a side of entertainment as you can see who’s been there that night, and they’ll be up on Facebook in the morning. Don’t forget to tag yourself.

Then there’s Paz. All hail the Kebab King, the king of Fallowfield. As you approach the till, his eyes light up and he greets you with his token cheesy grin. “What you having tonight gorgeous?”, he’ll flirt, and if you’re lucky he’ll throw in some extra nuggest and let you get behind the counter. It never gets old. 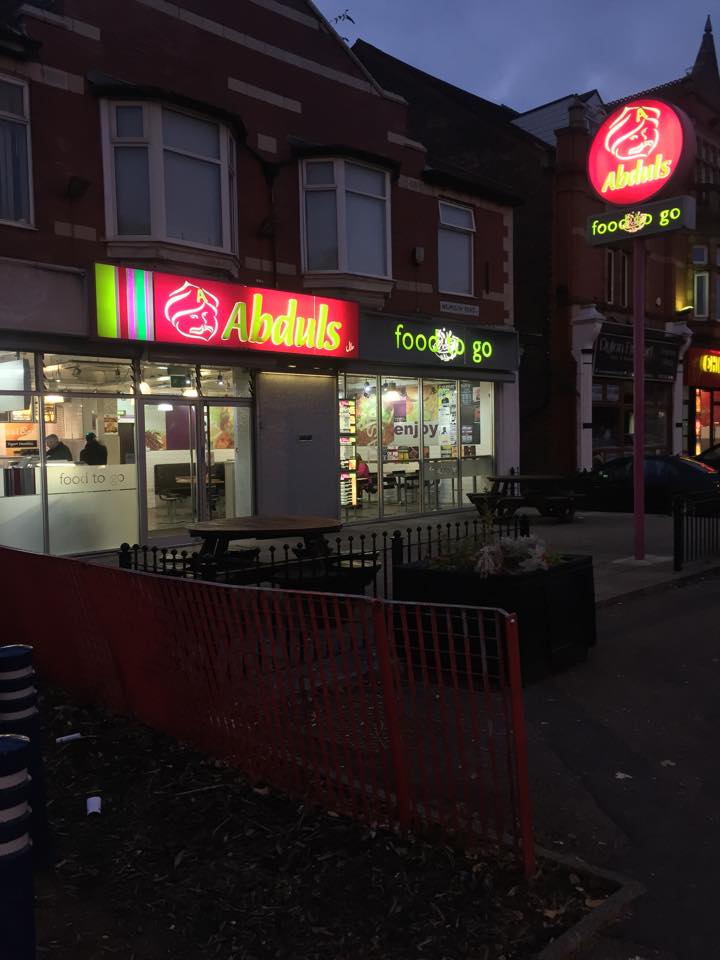 Is it a takeaway? Is it a restaurant? With half the shop devoted to seating, no other chicken shop offers so much flexibility. Whilst it’s the place you can stumble into at 3am and order three portions of cheesy chips, it’s also acceptable to take your boyf there for a hungover curry date. Situated slightly away from the Owen’s Park takeaway strip, it’s a popular choice with second and final years who are tired of gimmicks and just want a sit down after their night.

Alright, you’re more likely to get a stony stare than get called “babe”, but at least they take their chicken seriously. What’s more, whilst you’re waiting you can start planning your next night out with their range of flyers. It might be a little pricier than it’s neighbours, but that’s what you pay for one of the most authentic kebab sandwiches in the U.K.

Many people may think their favourite chicken shop is just like KFC, but Allen legitimately knows Colonel Sanders. They have the same recipe and even have pics together. So it says on the wall.

It’s not the friendliest of joints but the chicken is mighty fine. Quality every time. They also provide you with the perfect pot of warm gravy goodness to go with your chips (which are equally amazing each time). You will need to bring a mate with you if you want to manage your chips and gravy on the way home though, we don’t want any spillages of the good stuff. 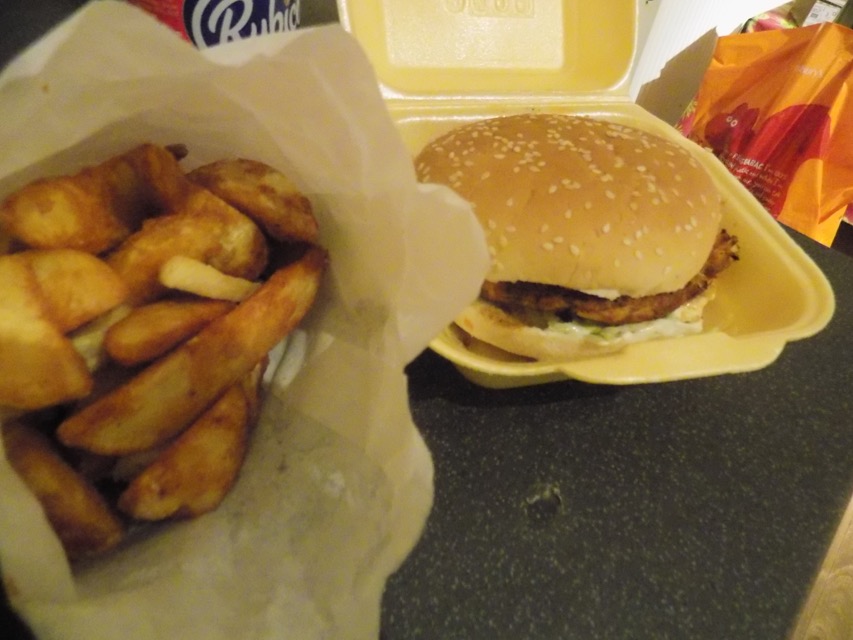 Where else in Fallowfield can you have a lie down whilst you wait for your food? Combine this with the big tunes they blast out and you’re basically back in da club without having to actually move. Nowhere else quite perfects the combo of nuggets, chips, cheese and gravy, whose sheer gluttonous-ness will make you throw it all back up fairly soon after purchase, but it’s so worth it. It’s not called Mega Chicken for nothing. 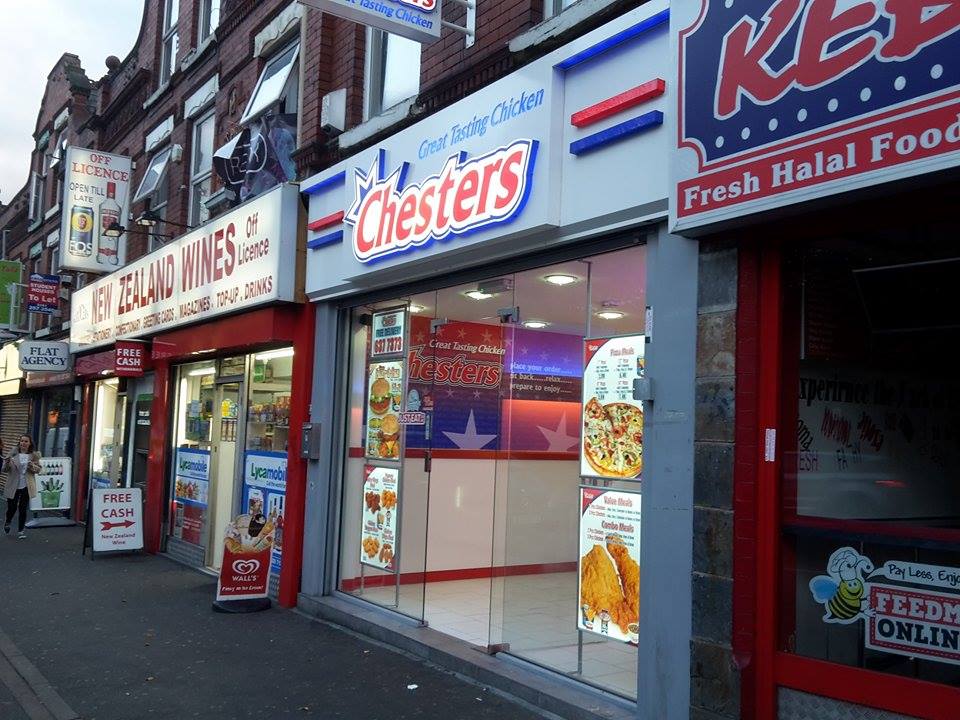 No one knows what they put in that red salt but it’s definitely a drug and whatever it is I want more. Chester’s are undoubtedly the outright winners of best chips in Fallowfield, and their chicken isn’t bad either. You might have to wait a while for your goodies but boy will it be worth it. 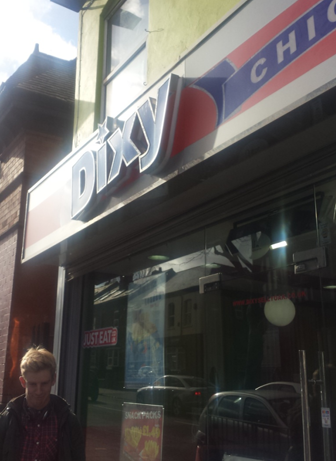 Who even goes here? Lying a bit off the beaten track (aka not on Wilmslow Road) with a bit of a peculiar vibe is Dixy Chicken. You’ll probably only go here if you live down Wellington Road and forgot to get chicken earlier. 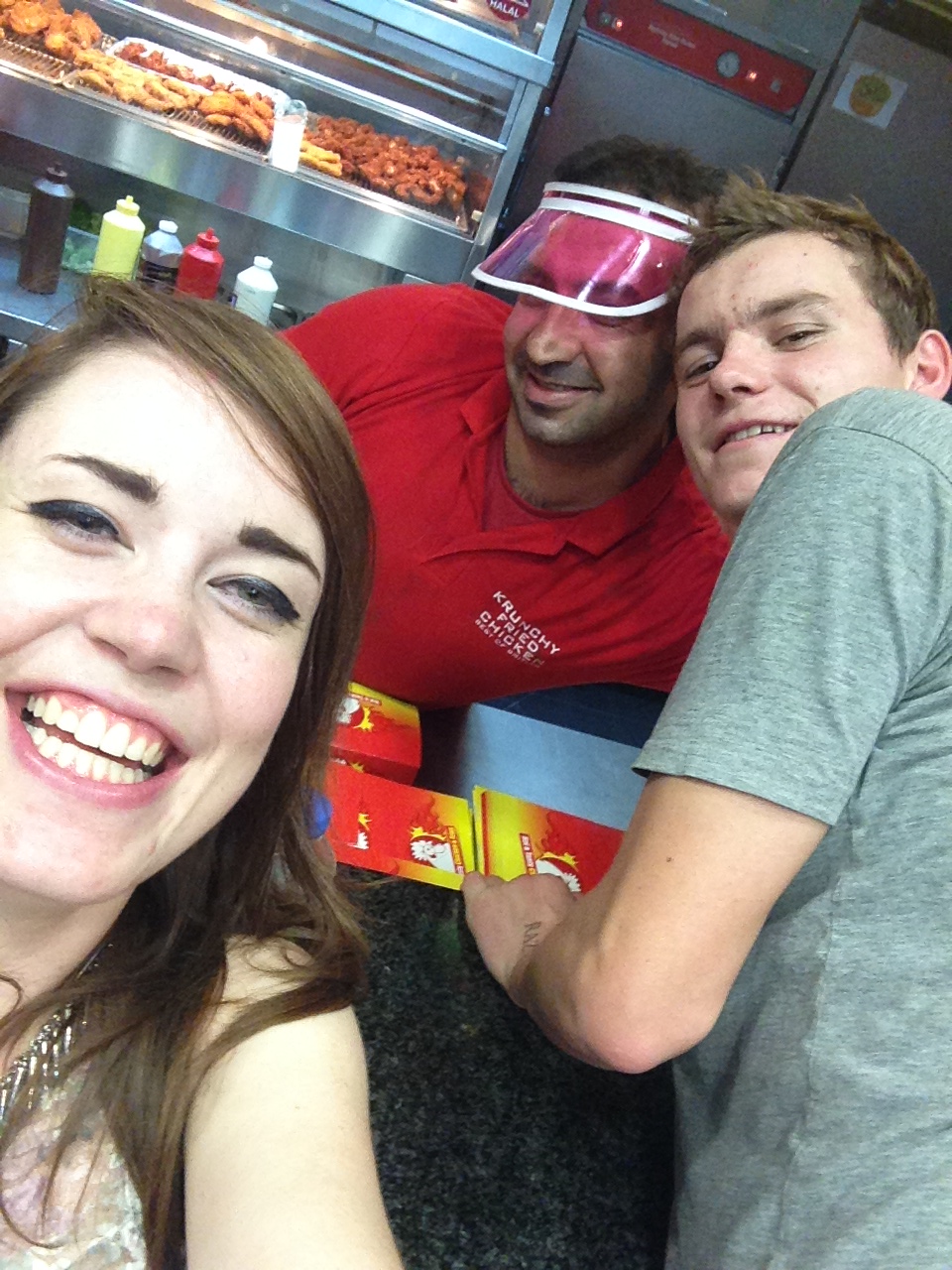 Who can resist a Krunchies? It may not be the original KFC, but it’s home to the crunchiest fried chicken in Fallowfield. It’s really cheap too and that red salt they sprinkle on the chips is tantalizing. Sure, you won’t get your chicken with a side of flirting and laughter as you would with Paz or Shahz, but who cares? You’d rather just get your chicken sub meal and eat it in peace.