Exclusive: He refused to believe he was wrong and posted a photo of himself drinking the night before

Brian Cox managed to get the world’s most famous equation wrong in a lecture yesterday, only to be called out by a fresher.

When writing out Einstein’s well known equation, he said e=mc instead of e=mc ² when teaching first years about Quantum Physics and Relativity.

The night before he had tweeted a photo of a near empty bottle of whisky. 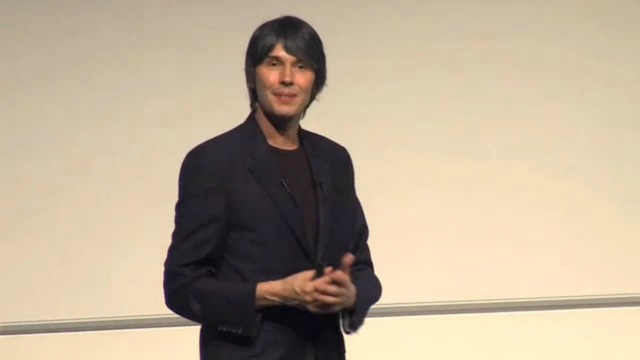 He wrote “e=mc”, before a fresher shouted out and corrected him, saying: “Brian, it’s e=mc squared.”

The OBE lecturer replied: “No, no it’s not.”

After some back and forth the student proved Brian wrong, prompting the rest of the lecture hall into laughter.

Soon after, Yikyakkers discovered their lecturer’s tweet from the night before, which suggested he might have had a heavy session.

Cox tweeted a photo the night before of a near empty bottle of whisky with the caption: “Just had a tiny nip of the perfect malt .. Not much left in the bottle sadly but I will never finish it :-)” 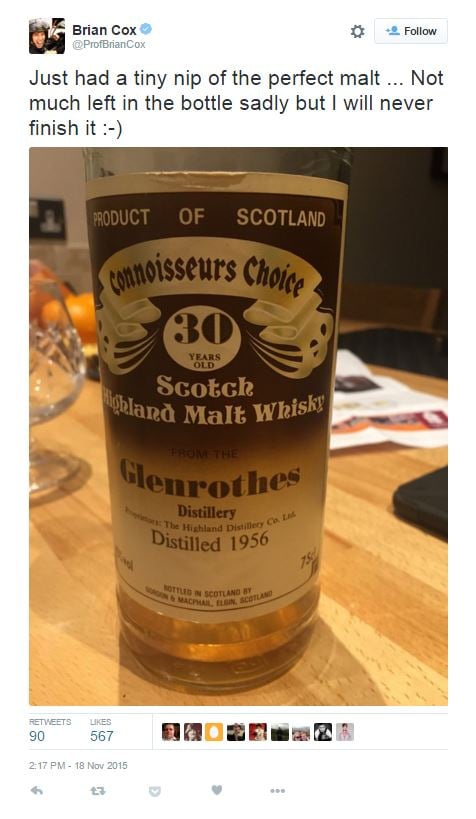 A video of the ordeal has been uploaded to Youtube under the name “Brian Cox Roast”.

The podcast of the lecture has now been removed from Blackboard and the university are allegedly searching for the student who uploaded it, due to a supposed breach in copyright.