We went to the protest against the eviction of the homeless

‘Shame on you MMU’

The Tab team checked out the protest outside Manchester Metropolitan University in aid of the homeless, after the recent eviction of people from the emergency shelter located under Mancunian way, just behind the university.

The shelter, named The Ark was for a while a safe haven for the homeless of Manchester.

The university allegedly evicted the homeless just before fresher’s week in order to “clean up the streets” and boost marketing of the uni.

We asked a few people why they were there and these were their responses. 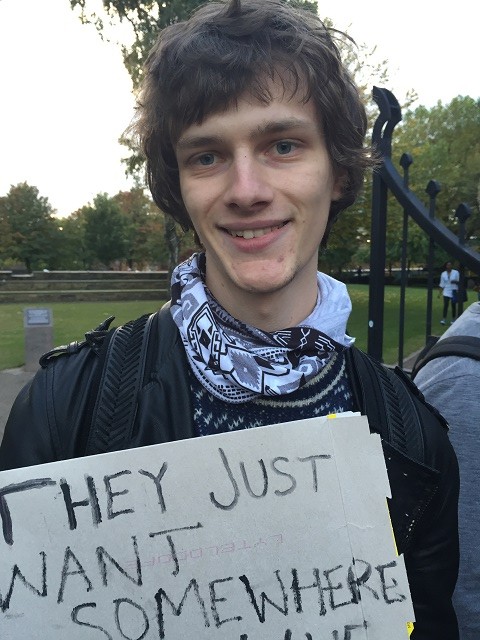 “I saw the start of the Ark. It was a really good idea to get people together. A lot of homeless people are at risk of being physically  harmed or having things stolen from them. The Ark gave them a safe place to go. It’s a community. In September, MMU started to kick them out. I’m here to oppose making homeless life even harder for them. It’s a crazy law that it’s illegal to be homeless.” 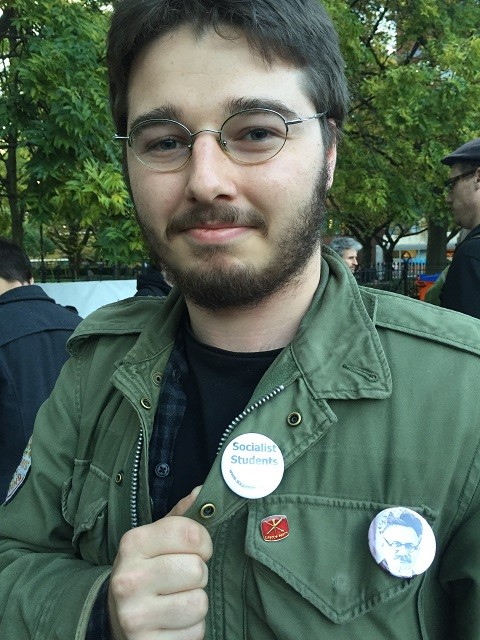 “Socialist Students have organised it. They helped organise this to show up MMU and what they’re doing. They tried to sweep it under the rug by effectively trying to get rid of all the homeless people before students were there – they knew students would feel strongly about this. It just goes with the myth that this is somehow a safety issue, but it’s about profits.” 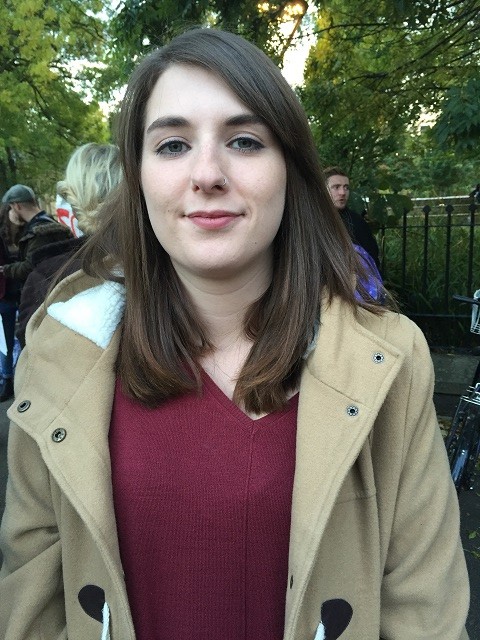 “I’m an MMU student and they’re saying that MMU students don’t feel safe. We don’t feel safe going to a uni that treats people like this. It’s not the staff that we’re protesting against, it’s the university management. The fact that they’ve called a homelessness film festival at the same time as having granted this possession order, it’s just so hypocritical. I am a member of Socialist Students  and i’m here to say student’s support the homeless.” 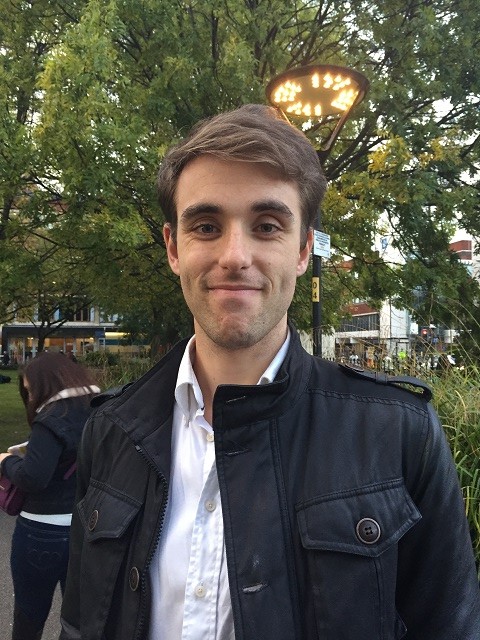 “I study architecture. I look at spaces everyday and I see the hardship these people are going through at the ark, and I think that’s my problem too. That’s what I care about.” 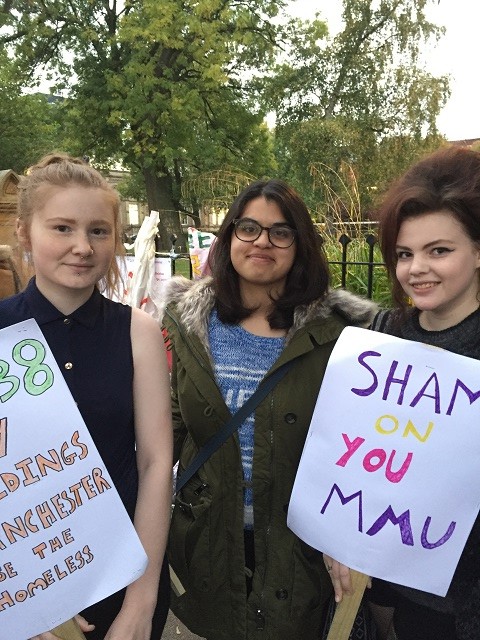 Sara: “We’re all first year university students. We think it’s wrong that the management of the university we go to, a place of education and open mindedness, are doing something so wrong and horrible as evicting people in need.”

Laura: “It’s essentially social cleansing. It’s disgusting that MMU management tried to sweep it under the rug. The eviction was just before freshers because they didn’t want us to see it.” 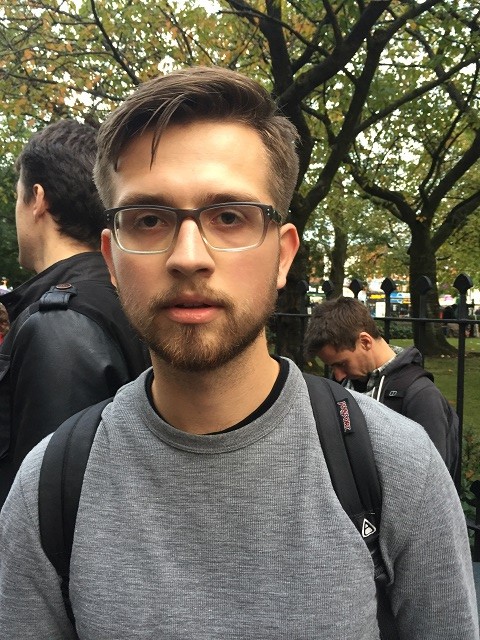 “Politics is about acting out what you think. I try and follow that. I really wanted to get involved somehow. I didn’t need to be dragged along. This is what we need to be doing. Dragging our friends from their cosy bedrooms to see what’s happening.” 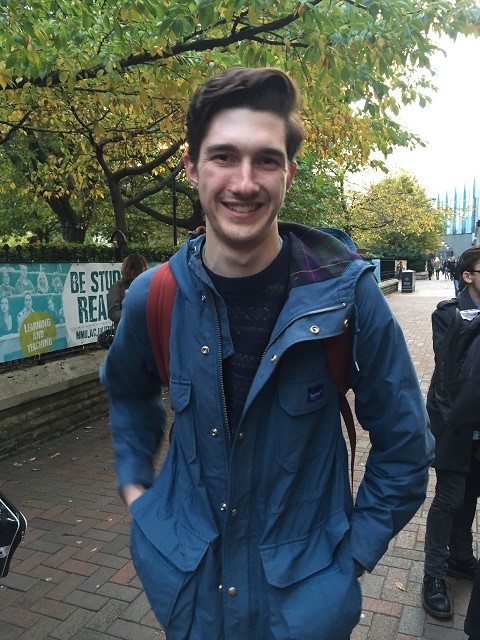 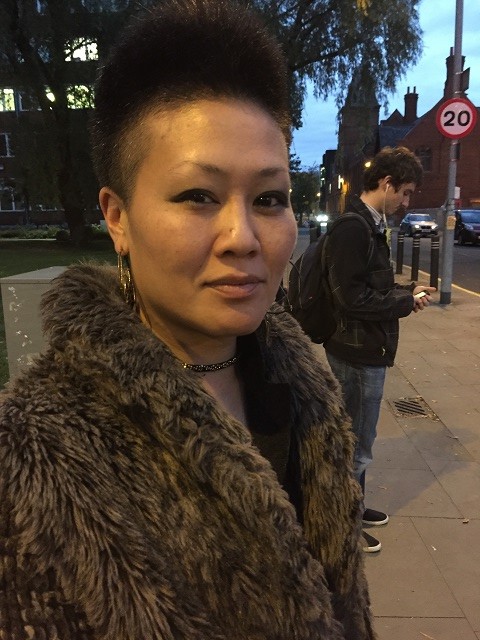 “It’s amazing to see so many people come out. It’s an Incredibly urgent situation – the upcoming eviction is based on a fundamental lie told in courts aswell as to the public.

“I was there with Ryan who set up The Ark. I was looking after people for 5 months until the council tried imprisonment aswell as physical assault. I have no doubt the attack was engineered based on the fact there were people from Manchester Evening News there, cameras etc.

“The Ark was going as an emergency shelter. In a constant state of fear The Ark was a place for people to start becoming human again. Both the council and MMU wanted it gone.

“It seems that aslong as people are unaware this is happening then it’s okay for the council to act like this. They tried to imprison me on the 30th September for helping these people – they’re saying the shelter is a protest when it isn’t. They’re using a lie to enable this violence to continue.”

Jen is also part of End Homelessness Manchester, which can be found on facebook here. 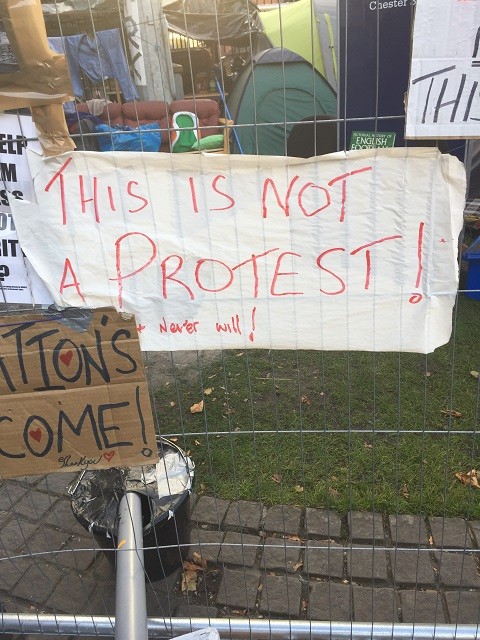