You can bet they regret it

The girlfriend of promising Man United star James Wilson has fallen victim to a nasty tweet from a betting site.

Their mean comment accompanied a picture of the pair at the Manchester United end of season awards. 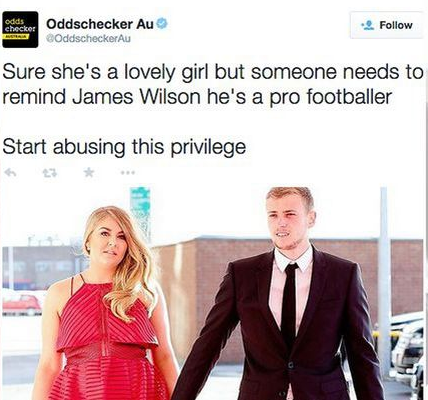 And the odds went against the company when a Twitter storm of angry backlash occurred, with many calling the swipe extremely childish and disgusting.

In a post she said: “Remember, people only rain on your parade because they’re jealous of your sun and tired of their shade.” 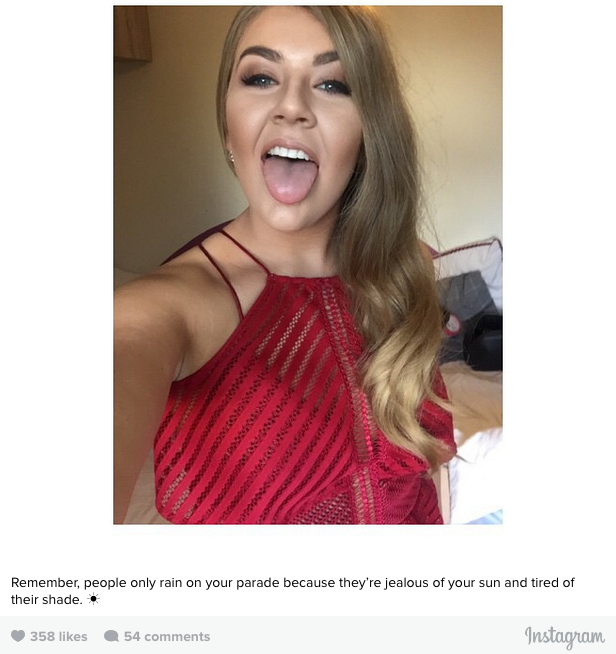 Met finalist and avid United fan Greg told The Tab: “People shouldn’t be making such disgusting comments, especially when they aren’t asking for it. Those who use social media also have a duty to use it responsibly and these guys clearly haven’t”.

Sympathetic third year Manchester Uni student Charlie said: “There is literally no reason for the company to tweet such a personal and malicious statement without even knowing the pair.”

The United striker has also showed support for his girlfriend by posting a heart across social media.

Oddschecker have since apologised on Twitter after coming under fire.They tweeted: “Apologies for the offence caused by our earlier tweet”.

UoM fresher Annabel was amazed with the lack of thought behind such degrading comments. She told us: “It’s unbelievably derogatory. This again typifies the pressure on looking good over anything else.”